Movement in the Classroom 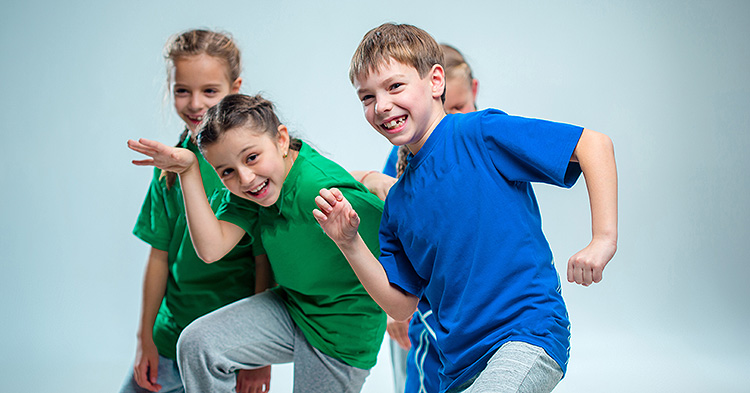 After teaching at an alternative middle school for the past four years, the one thing I constantly hear from new students is: “We can move around in your room and not get in trouble? My old teacher never let me do this!” Whenever I hear this, I’m excited that students now have more freedom in my classroom. But at the same time, I’m also aware of the hundreds of students still sitting in class all day long.

When I talk about how any teacher can incorporate movement, I’m often met with skepticism. What we have often forgotten, as teachers and as a society, is how vital movement is for both the body and the brain. We’ve become more focused on test scores and their preparation instead of the mental and physical health of our students. And yes, I am aware of how tests can have a positive effect on a student or school, but is that really our goal as educators?

With advancements in technology and research on the human brain, we are now able to understand why and how movement can help us. Movement has been shown through countless studies to reduce behavior and mental health issues, improve attention, and create more engaging, meaningful classes. This is due to the brain’s release of four key chemicals during movement: serotonin, dopamine, endorphins, and cortisol.

Serotonin helps to regulate students’ mood while endorphins and cortisol both help to lower and fight stress. Dopamine plays a key role in motivation. For our students who are going through a difficult time, or those who have high anxiety or other mental health disorders, having these chemicals run through their brain allows them to be in a better, more positive state of mind.

Movement also helps to stimulate the hippocampus—the part of the brain that is associated with memory. After a student has moved, their hippocampus is more efficient at storing information as well as creating the necessary neural connections to recall the information quicker when needed.

So, what can you do in your classroom to encourage movement? Research suggests everyone should get up and move every 20 minutes. These movements can be as simple as a walk, stretches, or yoga poses, all of which increase blood flow throughout the body and primarily the brain. More blood flow means more oxygen is being delivered to the brain, thereby creating neural pathways that allow students to recall the material better and more efficiently.

Students sit for a vast majority of their day at school and while the passing period provides a brief moment for students to walk, this does not offer the necessary movement to engage the mind. And when you consider that more schools are getting rid of PE to add increased seat time for test preparation, this adds only adds to the issue.

In my classroom, I have been fortunate enough to purchase two sets of movement desks. One set is called Pedal Desks where four students can sit and pedal a bike while working at a table. The second set is comprised of standing desks, with one being a standard standing desk and the other featuring two balance boards where students work.

At the beginning of each school year, I go over the rules and expectations of the desks with students. I also explain why the desks are in my classroom. If you want to make positive changes in your classroom, then you have to explain to students the purpose of your approach. Once students are on board, and they understand the purpose, there is little to do in terms of behaviour management.

When I first introduced the Pedal Desks, there was a group of 8th grade girls that thought the desks were stupid and elementary. After a couple of weeks, however, I noticed one girl started sitting at a desk and soon her friends followed. Then one day I gave a writing assignment during class. This was the moment I witnessed the brain’s need for movement. I assigned the writing prompt through Google Docs while the four girls were sitting at the movement desks. As they read the prompt (three paragraphs), not a single girl pedaled, but as soon as they put fingers to keys, their feet started pedaling!

I also have several wobble chairs that are similar to stools, but instead of four wooden posts as legs, there is one post that has a curved underside. This forces students to continuously find the center of the chair only to go off balance again. It is a great way to help students who need to fidget and move, but don’t want to pedal or stand up to work. I have seen this happen several times across middle school students of all grade levels, genders, and IQs, with Gifted and Talented students, Special Education students, and neurotypical students. Students I have taught with ADHD or ADD never cause as many behavioral issues in my classroom compared to other classrooms.

My classroom is often seen by other teachers and visitors as a circus or a loud classroom, but isn’t that what classrooms should be? Why do we have this perception of classrooms as lecture-based, with rows of desks, and little talking from the students? With all the technology we have at our fingertips and the vast amount of brain research, do we still think that traditional “sit and get” teaching methods are best? Schools and institutions that have implemented movement in the classroom have seen their behavior problems, test scores, and overall school culture improve dramatically.

I understand that some teachers may perceive movement in the classroom as taking away from academic content, but what message does that send to our students? Learning about quadratic formulas or people who died in 1492 is more important than how our students view themselves or how movement can positively impact their health? The area where I live and teach in Grand Junction, CO, had nine teen suicides in the 2016-2017 school year, and the state of Colorado itself has one of the highest rates of suicide in the United States. Which makes me ask the question once again: when do we start focusing on the mental well-being of students, rather than on state standards?

Our brains want to move and when we provide them with movement, creativity, memory, attention span, focus, mood, and self-worth all increase. There are dozens of different ways to incorporate movement into the classroom. One year I taught my 6th grade students how to juggle. Each day we took two breaks of 3-5 minutes to practice during the 50-minute class. I’ve read about and talked to other teachers who incorporate physical movement. They have noted similar results.

Here’s the best part: no matter what type of movement you incorporate into your classroom, it all has the same benefits for students, the classroom, and the school. Once teachers foster student understanding as to its purpose, you will have fun. School should be about making learning fun. Let’s ditch the “sit and get” lectures and encourage students to move instead.

Sean Blackmer is a Middle School Social Studies & Electives Teacher in Grand Junction, Colorado. He was the main contributor to the school’s development of a hybrid online-onsite learning program. He is currently completing his Masters in Special Education through Colorado Mesa University and will receive a certificate in Applied Behavior Analyst from the University of Northern Colorado.