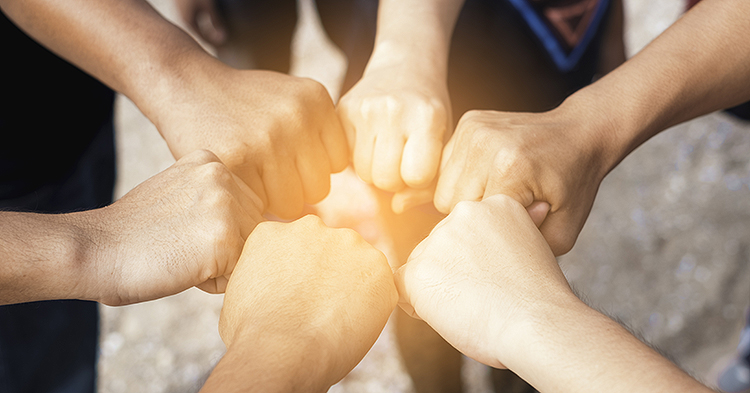 “I did not do well in school,” proclaims Paul Harvey. “I was that kid who couldn’t sit down and shut up for five minutes.” We have all met that student at one time or another—you may even have one in your class right now. “I’m not stupid, I just didn’t thrive in a classroom,” he says. And he’s not an anomaly. Some people simply don’t learn well by sitting and listening in a traditional classroom setting. That’s why Harvey co-founded Mobile Escape, to bring some fun and games to schools in Calgary.

Escape rooms are group adventure games. Participants use elements in a locked room to solve riddles and puzzles (be they words, pictures, math, mechanical, or other) through strategy, discovery, critical thinking, teamwork, and clues with the goal of unlocking the room within a set amount of time. These rooms have been in Canada for about five years after first gaining traction in Europe and Asia.

Though first used as team-building programs for adults, several companies across Canada have now taken advantage of these flexible and fun puzzle adventures to create escape room programs for school kids. “All of a sudden [students] are encouraged to be on their feet, be curious,” Harvey says. Escape rooms have a range of benefits: inquiry-based learning, hands-on participation, maker-based gamification creation process, as well as catering to many different learning styles at once. This is particularly useful for students who struggle with a traditional classroom setting.

Rooms are multidisciplinary and purposefully designed with variety in mind. “They require diverse thinking and allow multiple learning styles to thrive simultaneously,” explains Harvey. What’s better is a teacher doesn’t need to create six lesson plans for six different types of learning. “The escape rooms will have six ways to approach the same problem.” One student who is literary-inclined can figure out the writing on the wall while someone who is more tactile and mechanically-inclined can find out how to turn the crank.

However, just because escape rooms contain puzzles and games, it doesn’t mean they are easy. “We like to talk about failing,” Harvey says. Failing is often a part of learning new skills and ingesting new information. “The rooms are challenging and often require help, so they have the option to ask for a clue,” he explains.

At Improbable Escapes in Kingston, ON, co-founder Melissa Eapen says the adult and kid rooms are the same. “You don’t need outside knowledge to play the games,” explains Eapen, whose company partners with historic sites. “The puzzles are intuitive in nature. You learn as you go through them. We don’t change the puzzles themselves if it’s for adults vs. kids, but we allow the kids to ask as many questions as they want, as opposed to being restricted to only two or three hints.” Eapen and co-founder Emma Rochon decided that unlimited hints keep kids engaged, learning, and working toward a goal.

Working toward a tangible goal also means better information retention. “Because they are working for it—working to escape, working for a physical goal, they tend retain the information better,” Eapen says. Surveys conducted by Improbable Escapes found that 80 percent of people retain information learned during the puzzles. “Traditional lecture style doesn’t give you the instant gratification, so students can often drift off,” she says. “Solving puzzles keeps them motivated to learn and ask questions.”

Elizabeth Smailes and Jay Cross, co-founders of Escape Rooms 4 Kids in Vancouver, agree the hands-on aspect means kids internalize information more readily. “It’s easy to focus on specific skills, topics, or categories and the challenges give students a goal,” Smailes explains. “If they get the math problem right, it might open a box, so there is more motivation to actually learn and make sure they’re correct.”

Helping teachers prepare and plan for attending the rooms is Escape Rooms 4 Kids’ speciality. “We help schools to develop ways to use the rooms as a tool effectively and efficiently. When the prep time is lessened, there is more learning,” Smailes explains, adding that for rooms to be most effective, it is important to set up puzzles in ways that cause students to use and develop specific skills.

For example, to unlock one part of a puzzle, a group must properly order a series of events to get a certain outcome. One member is blindfolded and their team has to help them get the order correct. “Once a group has talked about the order and figured it out, it’s highly unlikely you’re going to forget that chronology,” Smailes says. This type of exercise provides an opportunity for teamwork development, critical thinking, and problem-solving, as well as internalizing information.

“And it’s fun!” Smailes reminds us. Learning through play is beneficial at all ages. “It’s fun to play, and that’s when students take the risks,” she says. “Taking risks actually helps them learn more and develop and find skills they wouldn’t otherwise.”

That enjoyment doesn’t just come from escaping the rooms. Students can plan, organize, and build their own rooms, which leads to a deeper understanding of the subject at hand and the mechanics of the puzzles.

Harvey and co-founder Eric Reynold’s mobile escape rooms travel from school to school in the Calgary area. Each 30-foot trailer contains two escape rooms, and schools have the option of choosing a quick introductory two-hour program or a longer, intensive week-long program where students plan and create their own escape rooms.

“We can link this creation to whatever curriculum the school or class desires,” Harvey says. “There are endless possibilities as we help the students become the makers. It goes beyond gamification where they are just consuming,” he says. “When they create the game, it’s a maker-movement: they are making something that demonstrates what they’ve been learning.”

Escape rooms can be a fantastic addition to traditional classrooms. “These rooms and this program just prove to us there is so much room for innovation in the classroom,” Harvey says. He feels classrooms haven’t changed as much as they need to. “We need to be adapting. It’s challenging but we are hoping escape rooms will play a role in that adaptation.” Escape rooms are one part of classroom innovation.

“Of course, kids are still doing presentations, reading, and writing, but the escape room is a tool,” says Smailes. “It kind of breaks up the day. You can laugh a bit and have a good time.”

If you haven’t explored this type of group adventure yet, maybe it’s time to get planning, get puzzling, and make use of the escape room as an educational tool.