Addressing LGBTQ+ Bullying in Your School 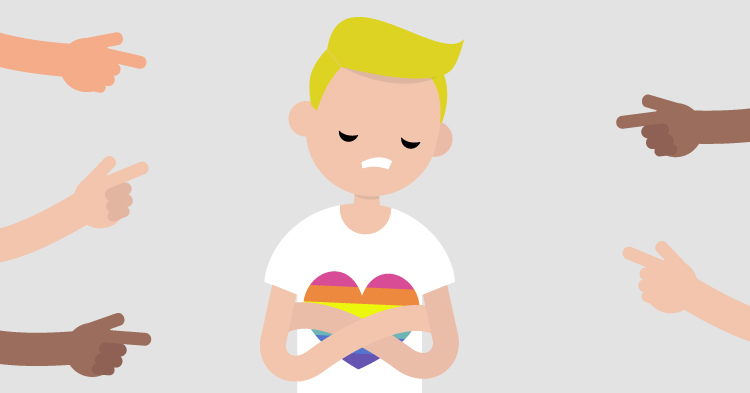 Almost two million LGBTQ+ teenagers consider suicide each year, according to The Trevor Project. A recent survey by the organization indicates that “Nearly 1 in 5 LGBTQ+ people aged 13 to 24, and 1 in 3 transgender and non-binary young people in the same age group, attempted suicide in the past 12 months.” Do these statistics scare you? If they don’t, they should.

Educational pedagogy is constantly changing and growing as technology advances, new laws are passed, and new students enter our doors. One major problem still remains, however: bullying. This has been around longer than there have been schools, but it has become a major epidemic in our field.

In recent years, there is a growing number of child/teen suicides occurring as a result of bullying. The problem continues to grow as the times change. Suicide is rated as the third largest cause of death of young people between the ages of 10 and 24, according to a Center for Disease Control (CDC) 2010 report on teen mortality rates during 1999-2016.1

Why is bullying still happening in our schools? What can we do to find a solution?

As a former victim of bullying who is now a teacher, I deal with this issue on a daily basis. Bullying takes many forms: face to face and between multiple parties. It may consist of spreading gossip behind someone’s back, cyberbullying, teachers turning a blind eye, imposing religious beliefs at school, and may even be conducted by administrators. I would like to approach this topic from a more personal perspective.

Growing up, I was that shy, effeminate boy who did not like sports, who read autobiographies of famous actors, and wore hearing aids. During the four years that I spent in a small northeastern railroad town, I was targeted daily because of the assumption that I was gay (I was not yet out), and because I was hard of hearing.

The daily taunts, insults, and physical confrontations were unbearable, causing me to retreat into my own quiet world of fear and self-loathing. As the daily torment continued, I became suicidal, wishing to put an end to it all. I began to plan out all of the details of my death.

In hindsight, where were my teachers, my counsellors, and administrators? Why were they not witnessing this daily torture? When seeking help from those who were supposed to help protect me, I was told that I should “act more like other boys,” “join a sport,” or that “kids will be kids.” This happens all too often where the victims speak up, hoping for help, only to be ignored or censured.

I am thankful that things did indeed “get better” for myself. My father got a new job and the family relocated to a more progressive city. For the first few months, I was quiet, scared, and suspicious. I waited for the bullying to begin. To my surprise, it never happened; instead I found friendship, laughter, and support. I did experience bullying in this new city, but it was not at the extreme level of my previous experience. My new city was more metropolitan and open-minded than where I lived previously.

Fast forward sixteen years. I began a career as an elementary Deaf education teacher and later, a theatre teacher working at a state school for the Deaf. It has been my daily goal to be vigilant against bullying of any kind. I patrol the halls between classes and watch for cues in student conversations.

What has been done previously has not been effective for students, nor for school staff. I have witnessed backhanded gossip, outing people who are not yet out, and teachers refusing to support student organizations that challenge heteronormative constraints. All of this still occurs even today. When matters such as these are not addressed, it is no wonder that bullying within our schools spirals.

Recently, during a department workshop regarding sexual harassment and bullying, a fellow teacher made comments about the “gay lifestyle,” stating that it is “a choice.” As an advocate, bullying survivor, and a gay man, I confronted him about it not being a choice, but his resistance persevered. The irony is that the workshop included discussions on the bystander effect. There I was, in a room full of my peers, and none of them said a word in my defense; each of them a bystander.

How can we stop bullying from happening to our students if we remain silent when it is happening to other adults? For that matter, what happens when adults bully each other? What role do we model for students? The time for remaining silent is over. Our students need us. Each person needs to become vigilant against bullying.

All teachers need to work together to eradicate bullying. How do we do it? How do teachers, staffers, counsellors, and administrators solve this nationwide problem?

Before anything else, people need to check their own biases, privileges, and understanding of issues. If you do not understand LGBTQ+ people, or if you have religious beliefs against them, then perhaps the education of children should not be your chosen career. A teacher’s job requires that you be there for, and support your students, all of your students. If you cannot put your beliefs aside, then how can you truly be there for your students?

As a teacher or an educational administrator, you have to realize that we need to protect and educate our students. In this day and age, it is important that children be exposed to LGBTQ+ topics via the daily curriculum. According to developmental psychologist Erik Erickson, children develop a sense of identity and who they are during the teen years.2 Students need to see their own identities and intersectionalities reflected in their academic settings.

Take it from me, a gay student who felt like he was the only person in the world dealing with this struggle. That feeling of loneliness is excruciating. Had I seen LGBTQ+ representation in my daily curriculum, I might have felt less alone in the world.

We all must work together to tackle this issue on multiple levels, from the students, families, and educators, right up to the national lawmakers. Here are ten suggestions from my own perspective as an LGBTQ+ teacher and as a bullying survivor. These actions can help address and hopefully reduce the instances of LGBTQ+ bullying in your school.

If all teachers follow these tips, it may help guide our profession into a more open and accepting educational society. A society where LGBTQ+ students feel safe and accepted because they not only see representation of their own identities within the curriculum, but also have an open support network among all school personnel.

The only way to make this type of society a reality is to become part of the solution. I urge my fellow teachers and educational administrators to get it together and join the fight. Our children are killing themselves because they are not getting the support they need. I am ready to step up and do more. Will you join me?