The Beat Goes On: The Struggle to Teach Music 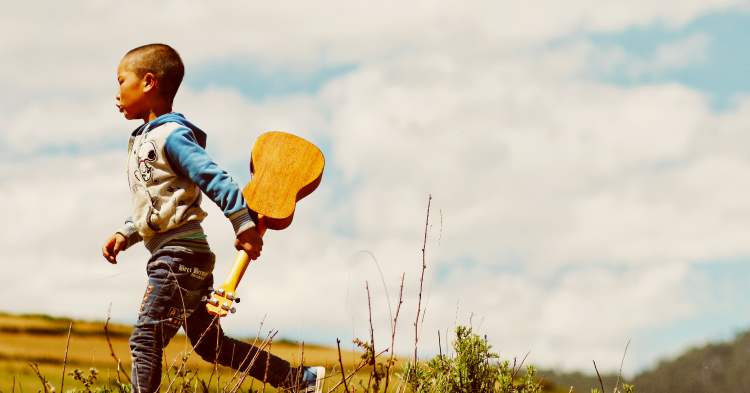 Without music, said German philosopher Nietzsche, life would be a mistake. The American novelist Jack Kerouac went so far as to say the only truth is music. Indeed.

Music has escorted life from ancient times (Orpheus and his lyre) to nursery rhymes—Rapunzel’s singing attracted her prince—and on to modern times, with The Sound of Music’s von Trapp family escaping Nazis under its cover. Recently, doctors have discovered the value of music for Alzheimer’s patients.

It’s not surprising then, that educators, too, sing the praises of music as an integral part of a well-rounded education. For its 2010 study, “A Delicate Balance,” the Coalition for Music Education in Canada (CMEC) surveyed teachers in over 1,000 Canadian schools. The resulting 120-page document maintains that music education leads to improved self-discipline, sense of community, and collaboration, as well as increased academic achievement in other subjects.

Mandart Chan, a BC music teacher, however, sees an additional benefit: “the sense of community it creates for those students who don’t necessarily have a connection to other students.”

In a school like his—Belmont Secondary in Victoria—with almost 1,500 students, it’s hard for some kids to connect with others. Chan, who teaches band, beginner keyboard, and composition, has witnessed how students “connect with music and can be themselves. Even when they’re not in the performance ensemble, they’re welcome, and they feel safe.”

Unfortunately, widespread budget cuts have affected arts education as much, and in some cases, more than other school programs. Chan, who is also president of the British Columbia Music Educators Association, believes part of the problem is attitude, “seeing arts as frivolous luxury rather than part of a well-balanced education for our students.”

Mary Moynihan, program coordinator of arts (dance, drama, media arts, visual arts, and music) for the Toronto District School Board (TDSB), agrees. “Music is not a frill in our education system,” she says, “it’s absolutely critical. The benefits to language development and brain development are huge, allowing students an opportunity to build their literacy and numeracy skills in multiple modalities. It also effectively closes poverty gaps.”

Currently, the TDSB is investigating music’s wellness benefits, especially given the high rates of diagnosed anxiety in the city’s elementary and secondary schools. Communal singing, Moynihan explains, has a particularly positive impact.

Funding, however, remains a challenge. The 2010 CMEC study noted that funding has decreased since the early 2000s, while student participation has increased. Study participants, aware of these realities, identified a need to invest in music facilities, instruments, and equipment.

Ontario schools, the study noted, had “58 percent of teachers who deliver music programs in the province’s elementary schools [with] no music background… often, these teachers are provided with only minimal supports in delivering the music curriculum to young students. Survey respondents indicated that there have been challenges in terms of music funding, instructional space, and the number of specialist teachers.”

Moynihan explains that cuts, which have resulted in reduced teaching staff in secondary schools, occur across all subjects. The impact is felt more greatly in music, however, because like many electives, higher numbers may result in combining grades.

“That creates challenges when dealing with a class of multiple ability levels,” she says. “Teachers are committed to it, though, because they want students to have as much exposure to arts education as possible.” Some teachers are pretty creative in getting around the challenges. They’ll swap classes according to skill and expertise—teaching a colleague’s French class in exchange for them teaching their music class, for example.

Elementary schools have less protection for arts programs, Moynihan says. “If your least senior staff is delivering arts, and that position gets cut, then a principal won’t have control over keeping or letting go. The same happens when an experienced music teacher retires—if they created a vibrant music program that gets retired as well.”

Christine Teague Hughes, a music specialist teacher at Bartlett City Schools, near Memphis, TN, admits that budget cuts are discouraging. Partly it’s a misunderstanding of what arts integration means, she has observed. “Arts integration isn’t about playing music in the background—it’s a whole learning process that helps students imprint information in multiple parts of the brain, addressing the whole child and allowing them to maximize their strengths.”

One of the easiest ways to integrate music is to point out rhythms in reading, Hughes says. “This works especially in younger grades. So many children’s books have a natural rhythm, and phrases ending in rhyme. With a box of instruments, the children can add their own sound. In that way, they’re also thinking more deeply of what words mean, like the crunch of leaves, the clap of thunder. This really helps with comprehension.”

This strategy is also effective with special needs children, she adds. “When using music with children who lack verbal skills, you can point or use another visual [to] cue when to start playing, and when to rest their instrument. Emphasizing certain words with sound or movement is more effective for pre-verbal learners than letting them get lost in a wash of language. Anticipating their part, and knowing when to ‘perform’ that word helps fluency and comprehension because of this musical approach.”

Since many children with autism are sensory seeking, “hitting a drum or striking something like a tambourine can be very satisfying,” says Hughes, whose own son is on the autism spectrum. “Some say autistic children hear sounds louder, but what I’ve observed is that unexpected sounds can cause anxiety. When things are ordered and predictable, the children are more comfortable and this leads to better comprehension.”

While Chan agrees that teachers can get creative in incorporating music, he believes it’s more important to advocate for a qualified music teacher in the school. Even an itinerant teacher, he says, would be better than nothing.

Failing to advocate for a specialized teacher, Chan says there’s training on how to incorporate music into the classroom. Some teachers follow their passion in designing classes—one of Chan’s colleagues teaches history but is also an avid guitar player. He’s developed a course on the history of rock and roll.

He also does what he can to make it easier for students to take music—like holding classes during lunch or after school. (In exchange, he takes off another period.) Although Chan prefers to teach during regular hours, he believes in a well-rounded education for all. “If I can give them the opportunity to choose both compulsory courses and music with a flexible timetable, then I’m ok with that,” he says.

Most boards have been offering music programming in addition to the curriculum for years—like pairing teachers with composers who teach classes how to use “found” sound. By encouraging students to explore musical traditions from many cultures, they are not only promoting music but cross-cultural understanding.

It’s effective, Moynihan says, for students to listen intently to the changing expression, volume, and dynamics of a piece, and then recreate it using found or digital sound. “By trying to recreate the tonal or auditory landscape of their cultural community, they’re taught about the concept of music and notation, but with very little focus on traditional notation practices. It encourages the development of creative problem solving.”

This approach is also easier for teachers who don’t have a specialist music background. “Digital music production, something web-based, doesn’t require software and really connects students with who they are,” Moynihan adds.

Other TDSB programs include short artist residencies—composers in the classroom program—as well as itinerant music teachers who cover a number of schools. There’s also a program that brings musicians in to teach students how to play instruments, while the curriculum is taught by regular staff members.

The Ontario Ministry of Education website lists other ways teachers can incorporate music: “Set up a listening station in the classroom; encourage students to share the music they like to hear; have students … move and chant as they learn their times tables; compose soundscapes using found instruments and body percussion; create a choreography to illustrate evolutionary concepts in science; find natural connections between an art form and a non-arts subject and use one to inform the other e.g., teach geometry through sculpture, teach history through the enactment of historical events, or teach elapsed time through movement sequences.”

Teachers can also tap into offers from non-profit organizations. MusiCounts, for example, gives out free instruments to schools. In 2019, the organization received over $6 million in school instrument requests, but was only able to help one out of every five schools who requested support. So, there’s still a shortfall.

Similarly, the Royal Conservatory of Music has a Learning Through The Arts (LTTA) program whereby artists work directly with teachers to develop units of study that meet the provincial curriculum guidelines.