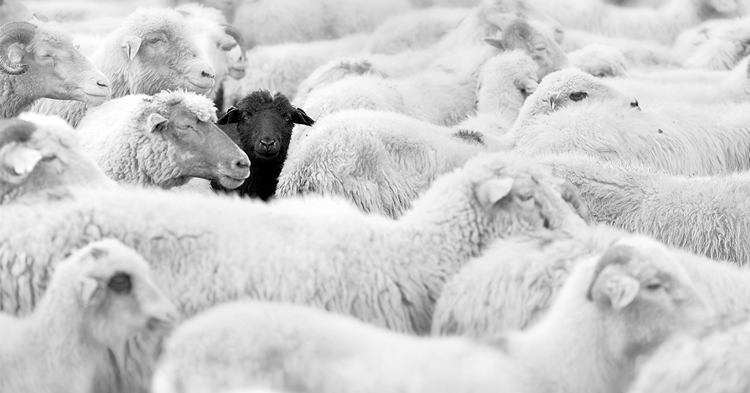 It isn’t easy to teach the history of homosexuality in Canada. How do you communicate to modern kids the notion that something so widely accepted today was illegal within living memory? That less than a generation ago, the relationships that today are celebrated on TV and in popular song were literally classed as criminal?

It was just over 50 years ago, in 1965, that the Supreme Court of Canada upheld a ruling that labelled Everett Klippert a “dangerous sexual offender” for having sex with other men. That’s ancient history in the eyes of a child.

To help teachers tell that story, we interviewed three gay men who were there: guys old enough to remember what it was like growing up in Canada before Decriminalization. While their stories paint a picture of a world that will be unfamiliar to many of today’s students, much of their core experience—uncertainty, oppression, and shame—still resonates. Just because it is no longer illegal, that doesn’t mean it is entirely okay.

In telling these stories we hope to give teachers a new tool for exploring with their students both the history and the present-day experience of gay Canadians coming of age.

“Gym was the worst. The boy’s locker rooms in the gym were very anxious places for me, as they are for lots of kids. You’re undressed and if you don’t have a body that fits the ideal of the sporting ideal, you feel inadequate. And there was the horrifying fear of being sexually aroused and not being able to hide it.”

A child of Montreal’s English-speaking suburbs, David Rayside grew up with an uncertain awareness of his other-ness. By the time he graduated high school in 1964, “I knew I was attracted to men, but I couldn’t have attached a label to it,” he says.

More than simply being illegal, homosexuality was almost universally scorned. “The criminality wasn’t the most significant part of it. The fact that it was so thoroughly disapproved of—that was what hit you between the eyes every day. There was an enforced masculinity, a sense of gender that was even more narrowly enforced than it is now: that there is a right way to be a young man,” he says.

Even if he had a small notion of what it meant to be gay, “I couldn’t conceive of acting on it,” he says. “You would just try to lay low. You’d laugh at jokes that you knew you shouldn’t laugh at. Try not to be noticed.”

Over the years, things changed dramatically for Rayside. He went on to serve as founding director of the Mark S. Bonham Centre for Sexual Diversity Studies at the University of Toronto. He developed a course in the politics of sexual diversity in 1985, and taught courses in social movements, and the role of religion in politics.

Back in the day, though, it took all his creativity just to keep his sexuality under wraps. He even found a sport that would help him to get by unnoticed. “In those days curling was a genteel sport among high school students. It was polite, there were rituals that went back more than one hundred years. There were rules of politeness that softened the edge for boys who didn’t quite fit in,” he says.

While partial decriminalization didn’t change the world for Rayside, who was already on the way to coming out at the time, he still sees it as a turning point. “It was critically important, because it helped open the door to a new level of activism around sexual diversity,” he says. “It began a process of loosening up social attitudes and creating a bit more space around what came to be called LGBT activism.”

Growing up north of Toronto in the little town of Beaverton (pop. 100), Tim McCaskell was pretty far out on the edge, at least in relative terms.

He ran as a Liberal in his school’s student parliament, “and there was nothing farther out than that,” he says. “I remember being terrified that someone was going to ask me a question about what Trudeau was doing around these homosexuals. I was completely terrified about such a question—but I had no idea why.”

He remembers watching an episode of the CBC news program, This Hour Has Seven Days. A spokesman for the gay community had to be backlit, with his face distorted—literally hiding in shadows. “This was the image we grew up with of homosexuality, that it wasn’t a very nice thing at all. The best you could say was that it was an illness. Otherwise it was a perversion, a sin, a crime,” he says.

It’s not just that he couldn’t come out to others; small town life even made self-discovery impossible. “There was no anonymity, no place to ‘go downtown and explore.’ Everyone went to church except for one family, and they were a scandal. Everybody knew everybody’s business all the time. So, you simply had to be ‘good,’ otherwise everyone would know,” he says.

In 1969, he went away to college and fell in love with a man, and still he didn’t come out until five years later. “At that point, I couldn’t deny it any longer,” he says. “I knew I had to either come out or jump off a bridge.”

He went on to become a gay activist, a member of the collective that ran Canada’s iconic gay liberation journal The Body Politic. He served on a committee advocating the Right to Privacy and spent his career fighting discrimination in various forms.

Like many in the gay community, he describes the partial decriminalization in 1969 as a helpful first step, but hardly a panacea. It didn’t break down all the barriers, but it did mark the start to a process of change. “All of a sudden it was possible to talk about this. As heinous and awful as it was, it now existed as a thing in the universe,” he says. “Because a cool and trendy liberal government did this, that also associated this thing with ‘modernity.’ It wasn’t cool to be gay, but it was cool to be tolerant.”

He points to a subtle irony that has arisen in the years since 1969. Back then, most openly gay men were comfortably middle class: they shared that in common. Today poverty is pervasive in the gay community, as a result of which a once-cohesive community now finds itself less unified.

“Now we have a society that is legally equal, but socially much less equal. Half the population has seen a dramatic relative decline in their standard of living,” he says. “Now you see a fragmented community. It’s harder for people to understand each other. Sexual orientation alone is no longer a strong enough glue to hold us all together.”

Ed Jackson has spent his career supporting gay causes. He was one of the founders of the AIDS Committee of Toronto, a Director of Program Development for the AIDS advocacy group CATIE, and co-editor of a book on gay journalism.

He grew up in New Brunswick, worlds away from any of that. As a young man discovering his own sexuality, there were few if any guideposts.

“The library was one of the few places one could learn about these things. I was always a reader and that was how I discovered being gay. I looked in medical books to understand homosexuality,” he says.

Beyond the medical journals, little was said. “I might’ve read about people who seemed like they might be gay, but there was this absolute silence in the mainstream press. There was a conspiracy of silence, it was simply never mentioned,” he says.

This made adolescence complex, if not downright excruciating. “My awareness of it was gradually growing, I knew that I was attracted to men, but I didn’t want to admit it to myself. This was a deep secret, a thing that people could not know about. I certainly got that message. Keeping it quiet, keeping it under wraps was very important,” he says.

That kind of living will take its toll. “I was kind of a reserved, prissy kid because of always feeling that I had to be careful,” he says. He had teenage crushes but didn’t dare act on them; he became “inhibited,” as he puts it.

“Anyone who could have read the tea leaves would have said: there’s a little gay boy. In New Brunswick, however, people’s ‘gaydar’ was not exactly vibrating, so my disguise was pretty effective,” he says.

In a not uncommon narrative, everything changed for Jackson when he headed off to the big city. “I knew that Toronto was where I wanted to be. I had the sense that there would be some kind of a gay life there,” he says. “In Toronto, I met an older man who was also taking classes, who was very open and positive about being gay. He was a gay liberationist before there was a movement.”

And today? “It’s hugely better,” he says. “People can’t be fired, can’t be dumped out of their apartments. There’s all the visibility in media, the celebrities coming out. It’s an amazing social change in an incredibly short time.”

For these men, and for so many Canadian men and women coming of age in the 1960s and ’70s, partial decriminalization didn’t change the world overnight. Entrenched social mores lingered, and linger still.

The year 1969 nonetheless marked an important moment in the gay community. No longer confined to the shadows, gay life could now come out into the light of day—even if coming out, on a personal level, remained a challenge for many.

Teachers meanwhile face another kind of challenge: to share firsthand accounts like these in a way that is sensitive to the past, and that helps guide and nurture students who may be struggling with questions about sexuality—their own or others’—in the present. By teaching the stories of those who personally experienced a more closed society, educators may help students to better understand the significance of today’s shift toward greater openness.

How to teach the history of homosexuality? As demonstrated above, firsthand accounts are a powerful means of communication that allow dialogue and discussion. Perhaps reaching out to the school community and allowing individuals to tell their stories as well as connecting with the community at large may provide a starting point for teachers and students. There are community-based organizations that have experts on hand, some of whom also provide outreach to schools.

For example, the Canadian Civil Liberties Association promotes the value of gay-straight alliances (GSA), noting that 85 percent of educators report GSAs having a positive impact on school climate around issues of sexuality. Teachers can seek out or form a gay-straight alliance, reaching out to gay activists and supporters in order to deliver a message that is historically accurate and authentically inclusive.

Fifty years of history are here at work. Opening up dialogue and discussion through any means will help ensure the next fifty years unfold as an era of acceptance and understanding for everyone.