Women In and Out of the Closet 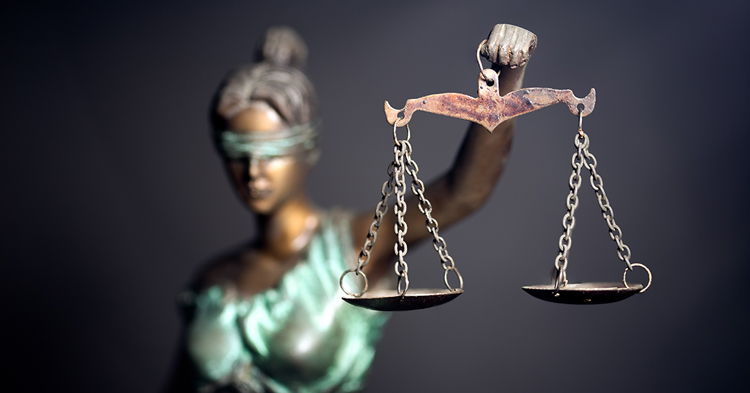 When the Canadian government updated the criminal code in 1954, it made a small but significant change to the law regarding gross indecency. It removed the phrase “male person.”

Gross indecency was a catch-all statute used to charge someone with behaviour deemed indecent according to the morals and values of mainstream society, but it was most commonly used against men who engaged in sexual acts with other men. During World War II (1939-1945), it became more widely known that women also engaged in same-sex relations, partly because the war brought many women into single-sex environments, like military barracks. After the war, a flood of paperback novels, most of which were written by men, popularized the image of sex-crazed lesbians preying on unsuspecting and naïve women.

For the first time, lesbians were viewed as more than just sinful and repulsive. They were a danger to society. By removing the phrase “male person” from the crime of gross indecency, the Canadian government declared sex between women a crime.

The law was revised yet again in 1969, this time eliminating gross indecency as a crime when the two individuals involved were over the age of 21 and engaged in sexual relations in private. Did women breathe a sigh of relief? Yes and no. The change in law mattered, but not because lesbians were able to be open about their sexuality. It mattered because it signalled the beginning of a new era of greater freedom and acceptance, and, for the first time, allowed women to hope for better days ahead.

That didn’t mean that women were free from police harassment, unfortunately. Women who frequented the few lesbian hangouts that existed in the 1950s and 1960s were often charged with loitering, disorderly conduct, and vagrancy—laws that were also used to charge sex workers. Sometimes police didn’t bother with criminal charges at all, but would subject lesbians to physical and sexual assault. It was young, working-class women who were most visible on the street that were most often vulnerable to such abuse.

Canada’s Criminal Code was based on Christian beliefs about what constitutes proper morality. In the second half of the 20th century, however, there was a strong trend toward separating Christian morality from the law. After World War II, a small number of religious and legal experts posed the question: if same-sex relations caused no harm, should it be a crime?

At the same time, however, a countervailing wind was blowing. A new school of thought arose that viewed same-sex attraction as a mental disorder. Parents of minors and the courts could force lesbians, as well as gay men, into treatment. Some were put into mental health hospitals. Sadly, many adult lesbians and gay men accepted the notion that they were mentally ill and sought treatment voluntarily in the hope that they could live a “normal” life just like everyone else.

Not all psychiatrists agreed with this theory, however, like in the case of Dorothy Fairbairn. She was born in 1933 and raised in Chicago until her family moved to Toronto while she was in high school. In the early 1960s, Fairbairn was taken by her parents to be “cured” of her attraction to girls. Instead, the specialist said that it was her parents who needed an attitude adjustment—not Fairbairn. Not everyone was so fortunate. Many lesbians and gay men were subjected to a diverse range of “conversion therapies,” some of which caused life-long damage.

Lawyer barbara findlay [sic] and her partner Sheila Gilhooly were both institutionalized against their will because they admitted to lesbian relationships. For “treatment,” findlay [sic] was required to learn how to sew and wear a dress. When she graduated from law school, she could not be called to the Bar until a psychiatrist declared her sane. She deliberately came out in the legal profession—the first queer to do so—and spent her career advocating for queer and trans rights.

Gilhooly took her years-long experience of shock treatment for being a dyke and turned it into art by documenting her experiences in a sculpture gallery and the book Still Sane. Often when she did public readings from the book, women in attendance spoke for the first time about similar experiences of their own.

The “Disease” of Homosexuality

Ironically, when the parents of a young woman named Arlene (who wishes to remain anonymous) forced her into a psychiatric hospital for being homosexual, she felt “normal” for the first time in her life. Once institutionalized, Arlene met other lesbians who had also been locked up for treatment and realized she was not the only woman in the world to be attracted to other women. They also told her where gay women hung out in the city. Once released from the hospital, Arlene quickly made her way to popular lesbian bars.

During World War II, the federal government worked hard to encourage women to pursue a career in the military. Barbara Minshall, born in 1941, grew up dreaming of a career in the service. What she did not know was that military officials believed that lesbians and gay men spread the “disease” of homosexuality among other troops, and that their sexual practices damaged the military’s ability to function effectively. J. Edgar Hoover, director of the FBI from 1924 to 1972, also popularized the notion that homosexuals posed a security risk. He argued that enemies of the state could blackmail homosexuals to reveal state secrets by threatening to expose them. These beliefs resulted in the “lavender scare” whereby thousands of lesbians and gay men in Canada and the United States were fired from the military and civil service.

Minshall was directly affected by these events. She served in the Air Force from 1959 until 1964. During those years, she was investigated for lesbianism three times, but her superiors could never prove she had engaged in sex with women. Then one day, while driving off-base, she was rear-ended by a male troop who was stalking her. Both of them were charged with driving under the influence of alcohol. When their case went to military court, he claimed that she backed her car into his. The court found her guilty despite the testimony of an expert who discredited the male officer’s testimony. Because the Air Force did not have jail cells for women, they simply kicked her out of the service, bringing an abrupt end to her life-long dream of serving her country.

Minshall clearly remembers Prime Minister Pierre Elliot Trudeau’s radical statement that “there’s no place for the state in the bedrooms of the nation.” However, the criminal code changes he was defending did not make her feel safe enough to be open about her sexual orientation. It was not until 2001 that she finally came out to a straight person.

When her partner of 25 years was admitted to the hospital after a heart attack, a staff person asked, “Who are you?” Minshall blurted out, “I am her partner!”

In that moment, she recalls, she felt like a weight had been lifted off her shoulders. “Now I’ve admitted it, and the rest of the staff will know, and I don’t care. It felt good that I finally said, ‘I’m with that woman.’”

Didi Khayatt shares a very similar experience. Born in Egypt in 1944, she came to Canada to pursue a PhD. She knew she was a lesbian, but kept that information from her parents. She made several friends who she was sure were also lesbians. While attending teacher’s college in 1969, one of her best friends “was a gay man who was so feminine and wore very loud ties and yellow shoes.” However, everyone was so secretive that they did not even discuss it amongst themselves. Recalling her friendship with her classmate she says, “We hung out together because it was a cover for both us.”

When the 1969 reforms came into effect, it became international news. Khayatt distinctly recalls that in a phone conversation from Egypt, her parents remarked that she was lucky to live in such an open and progressive country. “There was a lot of hope in the air,” Khayatt says, however, she felt no safer coming out after the law changed than she did the day before, not even to her own parents. So she remained firmly in the closet for almost two more decades.

Things were different amongst Khayatt’s trusted straight colleagues, however. There was an unspoken understanding that her partner at the time was more than a roommate. No one ever openly acknowledged their relationship, perhaps out of respect for the necessity of staying closeted. Being gay or lesbian was technically illegal and that was grounds for dismissal, as stated in most teachers’ employment contracts. Student’s parents “treated homosexuality as if it were contagious,” Khayatt recalls.

They believed that if you had a gay or lesbian teacher, “your whole classroom is going to go from heterosexual to homosexual. People had very weird ideas.”

Khayatt only began coming out in the mid-1980s when she left her partner of 25 years for a woman who had, up to that point, been heterosexual. As her new partner joyfully came out as a lesbian to her family and friends, Khayatt was delighted to be welcomed into their lives “as a real human being.” That inspired her to come out to her own mother, and to begin publishing books and articles about the challenges of being a lesbian and gay school teacher.

For those who took notice of the news, Prime Minister Pierre Elliot Trudeau’s declaration that there is no place for the state in the bedrooms of the nation signalled better days ahead. However, the truth is, most gay and lesbian individuals remained firmly in the closet for years, or even decades.

Some never came out at all. The changes that would allow women to be open about their sexuality and their intimate relationships would take many more years to come, and would be fought for and won by activists on the ground, not politicians. Almost all would agree, though, that the legal reforms inspired conversations which became significant moments in their lives as lesbians or queer people.

Elise Chenier is a Professor of History at Simon Fraser University in Burnaby, BC where she is the founder and Director of the Archives of Lesbian Oral Testimony (alotarchives.org). She has been researching and writing on the history of sexuality for thirty years, and is currently writing a book on same-sex marriage from the 1950s to the 1980s.

Editor’s Note: The information in this article is primarily based on original research on the part of the author.