What’s in a Name? Implicit Bias of ELL First Names 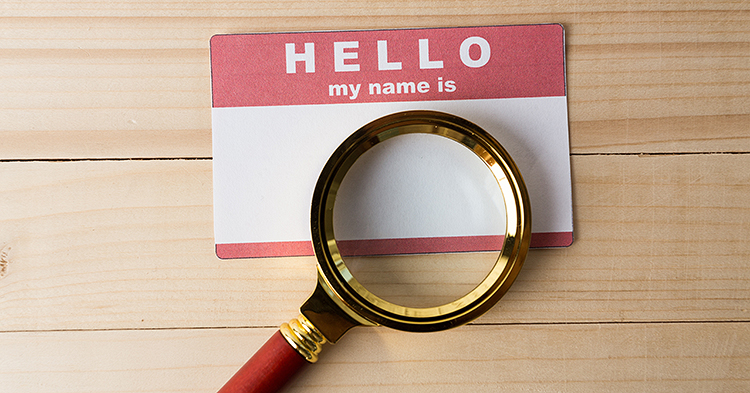 First names have always fascinated me. Perhaps that was because I had so many of them. As an immigrant child attending school in the ’70s, ’80s and ’90s, I was called by a name that was not my own. When I became a United States citizen, my naturalization certificate assigned me an Americanized name and listed my real name as an alias. Since then things have changed… At least on paper.

These days children’s names are seldom manipulated into more “Americanized White” versions. Ying is no longer Rebecca, Enrique is no longer Eric, and Abdulahi is no longer Dave. However, first names of English Language Learners, even for the most experienced and caring teacher, can evoke an implicit bias of which we must be aware. In today’s world, educators are challenged to be vigilant against these internal or implicit biases for the benefit of our students, schools and communities.

As teachers, we perceive ourselves to be fair and welcoming to students of all races and ethnicities. Any mention of bias immediately puts us on the defensive. This is why it is important to differentiate between explicit and implicit bias.

People who have certain explicit biases are conscious of their attitudes and beliefs and act knowingly and accordingly. Implicit bias is more nuanced. It may stem from our experiences, family, society or the comfort of familiarity. Teachers influenced by an implicit bias may be unaware that they are either acting or judging others based on that bias.

Undoubtedly teachers have a major role in creating a sense of belonging and supporting the academic success of ELLs. Our roles range from helping students access grade–level content to supporting their navigation of the social worlds of school and society. However, throughout my years as an ELS teacher at Title 1 schools, I have seen implicit bias cause certain identities to be prioritized over others.

It can happen with something as seemingly simple as a teacher struggling with an unfamiliar ELL first name and asking the student if they have a nickname, or slightly altering their name for convenience. Without realizing, the teacher may have unintentionally created a classroom environment where the student feels “othered.”

After all, a first name is a part of who we are, a unique identifier that connects us with our family, our community, and the world. ELLs quickly realize that first names hold social currency or social power. That social currency can link to acceptance by peers, how often a student is called on by teachers, and assumptions of certain behaviors. When we ask a child to alter their name, we diminish the feeling of identity that name holds for them.

One of the most concerning results of implicit bias is when the notion of the “Achievement Gap” attaches itself to the names of our ELLs. At my previous school, I remember a meeting where it was my turn to review my data with colleagues and administration. I was discussing strategies I was using with a group of kindergarten ELL students whose native language was Spanish. The students’ data showed excellent positive growth towards English proficiency.

When I finished, one of the teachers commented, “I’m sorry and I know I probably shouldn’t be saying this, but you really praise those kids even though their scores are still low.” I was stung by that remark, and baffled as to why she believed the kids had low test scores when I had just said the opposite.

Her words reflected the idea that some immigrant and minority communities are indulged by society but still underperform. This is an idea that can be deeply harmful to students, especially if they internalize it.

I was using tried and true instructional strategies which included the use of visuals, manipulatives, and sentence stems. I had no doubt that if the names of my students had been Emerson, Bennet, and Olivia instead of Enrique, Ximena, and Jesus, that the strategies I used to support them would have been called exactly what they were: good teaching practice.

When I mentioned to the teacher that her comment devalued my students and their efforts and progress as well, she seemed surprised. She was unaware that she had acted on implicit bias.

Since then, I continue to see “low” connected to ELL names. Well-meaning educators and coaches have looked at class lists with unfamiliar first names and assumed “low.” English Language Learners are working towards proficiency in social and academic language to access grade-level content. Not necessarily an easy task when English is not your native tongue.

The danger for our students is that this implicit bias of “low” can lead to the lowering of expectations. As a child, the reasons my name was “Americanized” were many. For my parents the reason for allowing it was one: they did not want opportunities taken away from me.

When expectations are lowered, this often results in a real reduction of opportunities for our students and can impede them from reaching their full potential.

What Can We Do?

Teachers are some of the most important people in students’ lives. We have a responsibility to create an environment that is welcoming and inclusive. By addressing our own implicit biases, we can create a space where every student feels affirmed in their identity. Let’s begin with the first thing we know about our students: their first names.

Aekatherine A. Anadiotis is an English Language Specialist teacher at Village East Elementary School in Aurora, Colorado. She has spent the majority of her 18-year teaching career at Title 1 schools. She is the author of Justina Ford (Filter Press), the Patatouf series of Early Spanish Readers, and The 5 Senses/Los 5 Sentidos (Tattered Cover Book Store Indie Published Author).