10 Ways to Read a Poem Out Loud 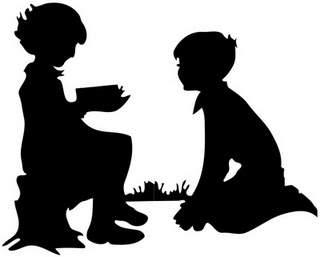 Leader then reads as participants follow along with their eyes.

Leader reads one line: the group echoes what the leader says.

Leader reads one line, the group reads the second line; they continue alternating lines. The activity is repeated by reversing parts.

Leader reads each line, omitting the final word; group joins in to say the word and complete the line. The activity can be repeated with the leader omitting additional words.

Read the poem in unison, starting in a whisper and gradually getting louder.

Read the poem in unison, starting in a loud voice and gradually getting softer to a whisper.

The poem is read at a rhythmic pace, accompanied by clapping rhythm.

Each person in the group is assigned a line, a part of a line, or a word.

The group rehearses the poem, with each person contributing his or her part.

The group sits in a circle.

The poem is read with each person reading one word in turn.

Ten Ways to Read a Poem Out Loud is taken from Drama: Schemes, Themes, and Dreams by Larry Swartz and Debbie Nyma, published by Pembroke Publishers.