Not Being Good Enough: The Price of Digital Citizenship 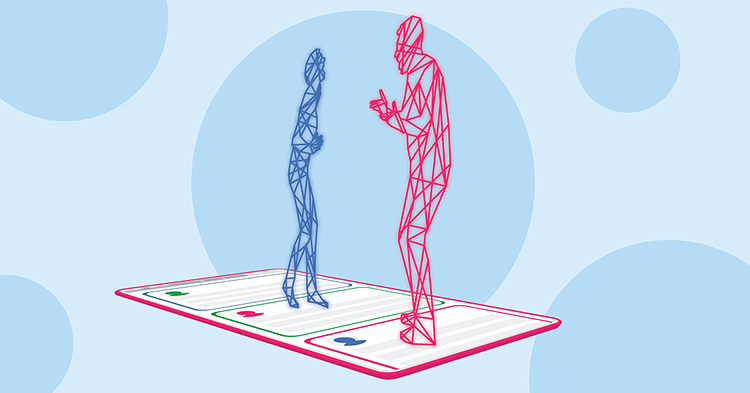 Do you know any children who are active Internet browsers or users of social media? If so, congratulations are in order. They have earned their digital citizenship. Digital citizenship is the use of computers and electronic devices to engage in responsible use of the Internet. When used responsibly, the Internet serves as a great foundation in which an abundance of knowledge can be obtained. When there is a misuse of one’s digital citizenship, it can have negative mental and physical effects.

Physical effects are ones that take a toll on the body itself, often things you can see with the naked eye. Mental effects are ones that take over the mind and thoughts, things that are not visible to others. Throughout this article, the Internet or web will be referred to as the “digital world.” Mentally and physically, the digital world can have long-lasting negative impacts on children.

Good, wholesome mental health is very important for all ages, especially children who are just discovering who they are and where they fit in society. Pre-teens and teenagers are very impressionable and things that happen during this stage of their lives tend to spill over into adulthood.

The digital world can either serve as a confidence-enhancer or self-esteem-suppressor, depending on how it is used. The digital world is also where many students connect with one another. Platforms such as Snapchat and Facebook allow students to be who they want to be and display what makes them look good. It is also on these apps where students receive the most criticism and flak from their peers.

Creating posts that are degrading and mean towards others is a common occurrence in the adolescent digital world. When a teen is faced with this type of cyberbullying, they do one of two things; ignore it despite being hurt, or face it head on and get caught up in disputes that can take place both inside and outside of the digital world.

As a mother and teacher, I see these posts being handled both ways depending on the mental stability of the adolescent. My now 19-year-old daughter recently opened up to me about how rough the digital world was on her growing up. I witnessed my happy-go-lucky daughter become withdrawn and sad at age 13. At the time, I attributed this mainly to hormonal changes, but deep down I knew there was something else going on.

During this time, she was using a particular website in which members were allowed to anonymously ask each other questions without exposing their identities. During her time on this site, she was asked questions such as, “Why are you so fat?” or “Why are you so ugly?” or “Did you know that nobody likes you?”

Thinking about her having to live through this makes me cringe as a parent. After being questioned for so long, she began to start believing those negative things about herself. Her self-esteem declined and she slipped into depression. In my opinion, the people taking advantage of the anonymity of the digital world to ask her these questions were people who knew her in the real world, and who knew the insecurities she felt.

When disputes occur in the digital world, it sparks a need for children to defend themselves and show they aren’t afraid to stand up to bullies. I have witnessed web quarrels lasting long periods of time, in which the child’s main focus is the digital world and nothing outside of that receives attention, not even school.

The digital world tells young girls what to wear, how they should look, and basically, who they should be. As a teacher, I often sit my students down and talk to them about choosing to stand out versus trying to look like the people they see online. They become so focused on trying to be who they aren’t rather than embracing who they are. In doing so, this leads to feelings of not being good enough.

I speak to my female students about loving themselves and not allowing others to tell them how they should look. When a student, particularly a female, embraces who they are, they are less focused on the digital world and some of the negative aspects it holds.

As confusing as it may seem, digital citizenship can also be physically detrimental. Think about it: how much physical activity does surfing the web or posting on social media require? Not a lot.

As a Content Mastery teacher, I am responsible for preparing paperwork for accommodation meetings. This involves the use of my laptop and printer. Because I am spending more time in front of a screen, I’ve noticed that my eating habits have worsened due to constant snacking. It’s easier to grab a snack, most likely an unhealthy one, as I work. My increased screen time has also led to a decrease in physical activity.

Unhealthy eating habits and decreased physical activity because of electronic devices is not uncommon amongst my students either. They often express that their idea of fun involves surfing social media sites while eating snacks. When I asked 10 students what they do in their free time, five mentioned different social media sites. In response to this, I created I created learning stations around my classroom, each of which required students to perform different academic challenges. These challenges stimulated their mind and activated their body physically.

Numerous times throughout my teaching career, my students have had many different electronic devices taken away from them as a form of punishment. In building close relationships with my students, I learned that some parents use these electronic devices to control their child’s behaviour or keep them occupied. In talking to these students, I realized I have been guilty of doing the same.

The digital world can be very time-consuming, causing students to lose sleep which results in lower class participation. In my classroom, participation is very important so I do whatever it takes to keep students engaged. When a student falls asleep or appears lethargic, I ask if something is going on. More often than not, I hear, “I was up late on Snapchat.”

Instead of watching these physical and mental changes take place, as educators and parents we should offer different outlets to keep students engaged. Instead of reading online, try offering a book for the student to read. Reading is fundamental, and studies show that reading at least 20 minutes a day has a positive, significant effect on the brain.

In all honesty, we need to go back to outdoor play and let kids be kids. Imaginative play sparks a lot of creativity while students form relationships and bonds that can last a lifetime. If there are sports students are interested in, they should participate. Even joining a gym that provides a range of children’s activities could counteract the excessive use of technology. They can work out that built-up energy while improving their physical health at the same time.

The web has both positive and negative effects on a person. I am all for the use of technology, even in the classroom, but not to the point that it distracts students from participating in class or at home. Mentally, a student is susceptible to hurt feelings when being criticized for their appearance. Physically, a student spends more time lying around as they browse the web, often while snacking.

As an educator, it is my duty to evaluate, inform, and make good decisions for my students. In doing so, I will continue to find other methods of instruction that tie in technology so that my students’ mental and physical well-being is healthy, safe, and sound.

Joneshia Cranford-Shepherd is currently a Content Mastery teacher with the Lufkin Independent School District. In 2018, she received her Master’s Degree in Elementary Education from Stephen F. Austin State University, and in 2019 she graduated from Lufkin ISD’s Leadership Academy.