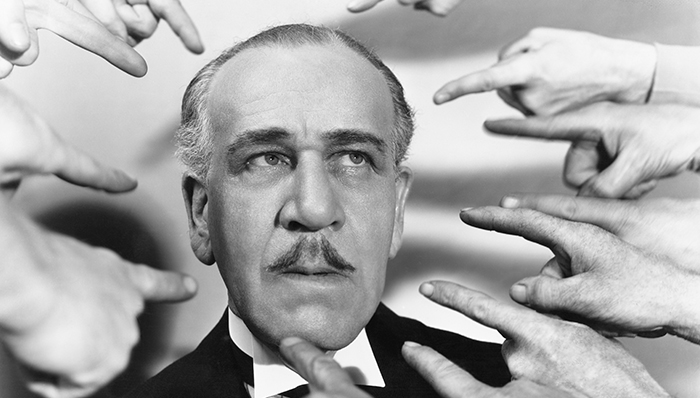 This article is from the TEACH archives, some information may no longer be current.

Many parents are friendly, supportive, and eager to work with teachers to make sure their children get the best possible education. But some parents seem to have a problem with teachers. They don’t display much in the way of respect, and the reasons often have nothing to do with the teacher involved. So, given that this seems to be happening more frequently, what are the causes of this lack of respect for teachers, and where is this headed?

Some of the older answers have to do with the perceived status of teachers, and one in particular is actually due to teachers’ success in doing their jobs. A century ago, teachers were almost certainly among the most educated members of their communities. This meant that they were, to some extent, looked up to because of their learning (although they were also looked down upon because they didn’t do “honest work”). Today, the education levels of teachers are perceived to be much the same as most of the community, in large part because so many members of society have finished high school, and even gone beyond. Accordingly, teachers are no longer looked up to because of their education. They are, however, still looked down upon, to some extent, because they don’t work 9-to-5, and they have all of those holidays.

Which leads to the next reason—parents do not truly understand what teachers do in the classroom. Everyone has been to school, and therefore everyone assumes they understand what goes on there, and it doesn’t seem that hard. You show up five days a week for six hours a day, talk for a while, and go home early. Never mind being able to get through to kids, never mind developing lesson plans and marking papers, never mind the difficulties of understanding how your students’ minds work, never mind the theory and (difficult) practice of pedagogy, and particularly never mind the rising administrative and safety hassles. It looks, from the outside, as if teachers have a cushy gig. Of course, if most parents were to try teaching for a couple of weeks, their perspectives might change—but the chances of that happening are pretty slim.

Politics can also be a reason why teachers receive less respect. Before the boomers, education was a political backwater. School board trustees were elected, it’s true, but few people knew anything about them, and fewer cared. Politicians at more senior levels of government had little interest in education, and little reason to pay attention to it. Once the boomers had kids in the system, all of that changed. Anything that’s important to the boomers (born roughly between 1947 and 1967) becomes important to politicians who want to be elected, so politicians at the federal and especially the provincial level discovered education as a hot-button issue. Unfortunately, this attention did not prove to be benign. When a premier announces that he wants to be known as the “education premier,” it becomes incumbent upon him to make sure the province is very much involved in education. This has led to curricula and even daily lessons being dictated by bureaucrats in provincial ministries and as a result, the unique needs of the students has been disregarded. Most of these bureaucrats are long on ideas and theory, but very short on actual experience. Too frequently they follow the foolish direction of ignorant people.

Worse, when things are perceived to be wrong with the education system, scapegoats have to be found to deflect the blame from the elected officials who were so eager to grab the reins. Unfortunately, teachers make a convenient target. Again, never mind that the teachers are doing what the ministries of education are directing them to do. It’s an easy political move to paint teachers as lazy, and, by inference, at fault for the perceived ills of the education system. And a number of premiers of all political stripes have done just that, often deliberately picking fights with teachers to score political points, and to show how tough they are.

Next, parents and their attitudes have changed. If you got into trouble in class when I went to school, not only were you disciplined by the teacher (or worse, the principal), you got it double at home. That’s not always true today. Now many parents start with the assumption that their little darlings must be right, and therefore the teacher must be wrong. So they attack the teacher who had the temerity to discipline, or even give a poor grade to little Suzy or Johnny.

The reasons for this are surprisingly complex. First, parents are pushed for time. Often two parents are working, or a single parent is trying to cope (typically) on her own, and parents sometimes have to work two jobs or more to make ends meet. The result is that parents are often tired, frayed around the edges, with lots of repressed anger, and they don’t have the patience to take a deeper look at what’s going on with their kids. Indeed, part of their overreaction may be due to guilt. Since they don’t spend enough time with or on their kids, they make up for it by trying to be good guys. This may mean allowing the kid to make the teacher the bad guy.

As well, some kids are ornaments for their parents’ egos. Children are sometimes seen as another possession, like the flash car, or the glitzy vacations, or the upscale cellphone. And you certainly wouldn’t allow someone to trash your car or your cellphone. How much worse then that a teacher would dare to diss your child, who is after all a manifestation of your very being, and a showcase for the superiority of your genes? In many ways, I feel bad for the kids of such parents who have to behave like good little ornaments. Or rather, I’d feel bad for them if they weren’t, typically, such pains-in-the-neck, because the same lack of time and ego manifestation also causes parents to fail in their duty to discipline kids.

Another issue is the fact that the parents are often spoiled children themselves, used to having their own way and not understanding why the world won’t just organize itself for their convenience. These people are rude, demanding, hostile to service people, and unfortunately, they view teachers as servants whose primary responsibility is to act as a nanny, and, oh yes, also teach something along the way. These parents will often blame teachers for the children’s lack of manners or discipline, completely ignoring the fact that this is their responsibility, not the teacher’s. The result, of course, is that the children of such parents wind up being the spoiled children of spoiled children—a bad combination.

And the system works against teachers. Two generations ago, discipline could mean some form of humiliation (“Go stand in the corner.”), a smack on the hand with a ruler, or even being sent to the principal for the strap. Today, all of these are considered Dark Age remedies, and teachers are almost powerless in matters of discipline. Worse, they often fear repercussions of even a mild rebuke. Since such repercussions can be anything from a verbal confrontation with an irate parent, to physical assault from either the parent or the student, threats of a lawsuit, charges of assault, or worse, sexual assault, the risks are high and the payoff is minimal. This means that the motivation for teachers to discipline at all approaches zero. And, perversely, this lack of desire to discipline counts against teachers, for they are perceived as being weak, irresolute, and shirking their jobs.

How will all of this play out in future? Not well, I fear. First, as successive generations start families later and later, the ability of women in their 30s or even 40s to get pregnant for the first time will decline. The result will be fewer and fewer children, who will be seen as even more precious, and will develop the kind of “Little Emperor” syndrome that has been discussed regarding the lonely-only children in China. This will exacerbate all of the problems above.

Next, as competition increases for jobs and economic survival, and education is seen as a requirement and not an achievement, the value placed on education will decline in the eyes of the public, particularly below the college or university level. And I would not expect people, in this more competitive environment, to become more patient and spend more time understanding issues at school. Tomorrow’s parents are more likely to have less patience, be more frazzled, and less interested in their child’s issues—making them even worse as parents.

All of which sounds terribly dreary—and it is. But I will offer two thoughts in counterpoint. The first is that schools and teachers should become proactive in describing the responsibilities of all parties, including (especially) the parents. They should have a clear set of guidelines about what constitutes acceptable behavior, what are the disciplinary consequences for unacceptable behavior, and describe the process parents must follow if they want to appeal a disciplinary decision. I would also make it mandatory for parents to sign an acknowledgement of these issues and invite them, through the PTA, to discuss and offer amendments to the process. This won’t solve the problems, but it may offer a means of defending a school and its teachers against parents who only want to complain and attack, especially if the school board is involved in the process.

The second counterpoint is as old as teaching itself. The work that teachers do is critical to the success of society, whether or not parents understand or acknowledge it. Teachers should enjoy as much satisfaction as they can from the accomplishments of the students they do reach because it is highly unlikely that society or a given set of parents will ever take the time to show appreciation.

So, on behalf of all the ill-mannered parents who don’t know any better or don’t bother to take the time, allow me to say what they should, but probably won’t: Thank you, for all you do. As one of my peers said to my favourite teacher, “You make your living by teaching, but your profession is humanity.”

Richard Worzel is Canada’s leading futurist. He volunteers his time to speak to high school students for free, when his schedule permits.