A Thank You to My Principal, Tim Liles 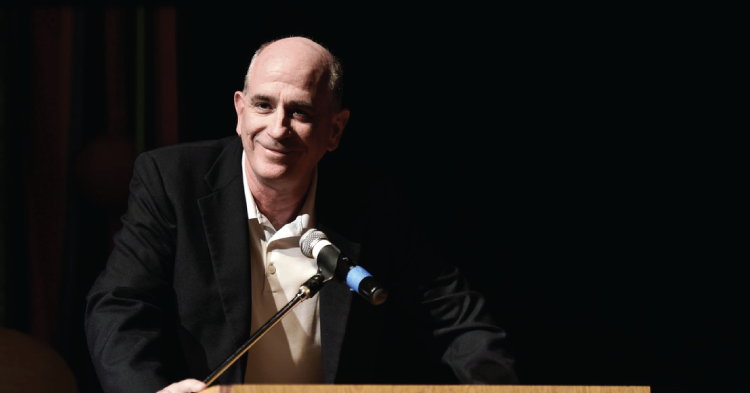 “Welcome to the Wildcat family!” said a friendly voice on the other end of the phone. It was the spring of 2019 and Tim Liles, Principal of Sunnyside High School in Fresno, CA had just informed me that I’d been hired as an ELA teacher.

We had met a few weeks earlier at my job interview. He was a tall, slightly balding man, and he’d greeted me with a big smile on his face. During the interview, he was personable and straightforward, and made an effort to make sure I felt comfortable.

I’ll always remember one question he asked me: “Is it important for the kids to like you?” I found out afterwards that he asked each applicant the same thing, because he was looking for particular qualities in his staff. But I thought the question said a lot about him too, about own his values and the culture he wanted to create at Sunnyside.

After I was hired, Principal Liles took me on a personal tour of the campus. It was important to him that we got to know each other, and this gave us the chance to build a connection before the school year started. We spent over an hour talking about our lives and about why he loved the school.

“We Are Changing the Trajectory of Lives in the Neighborhood”

Sunnyside High is nicknamed the “Disneyland” of high schools. It’s well known in the community and beyond as a school of tremendous spirit, in spite of having almost 3,000 students (no small feat). As a newly minted teacher, I was looking forward to starting my career there and continuing to get to know my principal. Little did I know, however, that the tour he gave me would be one of the fondest memories I had of Principal Liles in the very short time I knew him.

I soon began teaching 11th grade ELA as any normal first-year teacher, filled with caffeine, anxiety, and minimal sleep. I felt overwhelmed trying to find my way, learning to make decisions, and adjusting to the new position. But one thing that kept me going was the school’s spirit, led by Principal Liles. I’d never been on a school campus before where the principal would dress up in costume for every rally, make T-shirts to get the students excited about testing, and even compete in lip sync battles to raise scholarship money. “It’s what we do here at Sunnyside,” he would often say. His passion and energy were infectious, and Sunnyside radiated his ideals, positive spirit, and strong demeanor.

Then, the COVID-19 pandemic hit. It was Friday, March 13th, 2020 when I saw on the news that schools would begin to close due to the spread of the virus. That was my last day in the classroom, a day I won’t soon forget. Being a new teacher, I had just finally started getting into the groove of things before schools shut down, and all of a sudden, I had to reorient myself in the brand new world of virtual teaching. But even as I worried about how to adapt to online instruction and how to prepare for continually evolving COVID policies, there was no way to anticipate just how much things would change over the course of the school year. Or how deeply the lives of everyone at Sunnyside High would be affected.

As we transitioned into online learning, I began to notice that Principal Liles, who would always send weekly updates and inspiration, was heard from less often. His encouraging voice started to fade and other administrators began stepping in to fill his role.

And then, it happened. Another day I will never forget. On Tuesday, September 22nd, 2020 we received news that Principal Liles had passed from a private battle with brain cancer. This shook our staff, students, and the whole Sunnyside community to the core.

“Relationships Are the Foundation of Learning”

Principal Tim Liles was a long-time employee of Fresno Unified School District. In his 28 years with the district, he served many positions across many schools, including a previous stint at Sunnyside High School as the Activities Director, back in 1999 when it first opened. He even worked as the district’s coordinator of campus culture for several years. Then in 2012, he ultimately chose to return to his roots, to the neighborhood where he grew up and the school he worked at when it was first built—Sunnyside High, this time as its principal.

As principal, Tim Liles not only focused on education, but on interpersonal relationships as well. He knew it mattered to put people first and to create a family bond. Despite the number of students at Sunnyside, he made an effort to know everyone’s name and make them feel special. Each morning he greeted students at the front entrance of the school and he always made sure to be in the quad during breaks and lunch periods to chat.

He believed in the power of building relationships and the importance of cultivating a safe, fun, and inclusive culture on campus. It is these values that help students learn, feel connected, and feel loved—things that are especially important during these times of distance learning. And it was his upbeat attitude and enthusiasm that helped make Sunnyside feel like home for so many students.

He not only encouraged, supported, and cheered on all students, but us staff too. We have a group that hosts social events for teachers to get to know each other, and Principal Liles attended plenty of those events; he was always the one to BBQ and make the food. Many of the interactions I had with him were over food and celebration. He was always eager to celebrate the successes and achievements of everyone in our school community. It’s not difficult to see why he was so beloved, and even considered family by students and staff alike.

“Once a Wildcat, Always a Wildcat”

The impact of his death on the school and extended community was immense. We were grieving an enormous loss, but we also felt lost without his comforting enthusiasm and guiding words.

After the news of his passing, numerous alumni and current students attended a socially distanced vigil in the Sunnyside parking lot to celebrate his life. Candles, notes, photographs, flowers, and posters were brought by many to share memories and pay their respects. The school made shirts in his honor and Lane Avenue, the street leading into the campus, was renamed Tim Liles Way.

Beyond being a leader of the school, he was also my boss, one unlike any I ever had. He welcomed me, took care of me, and regarded me as part of a family. I remember countless times we would be passing each other in the hallway, and he would ask what my plans were for the weekend, knowing I enjoy being active and spending time outside. Once I even gave him some passes to an indoor rock-climbing gym I frequently go to—he immediately wanted to share them with the rest of the staff as well!

Although he is gone and we continuously grieve the loss, his spirit lives on in the Sunnyside High traditions and culture he ingrained in the foundation of the school. Our district’s Superintendent Bob Nelson shared this poignant memory of Principal Liles: “The powerful part of his legacy is he’s done what every educator hopes [to] do—[he] left a piece of his indelible message with people. He does not really die. His values, his beliefs, and way he treated people are still present in the people that are succeeding him.”

When my first year as a new teacher came to a close in the middle of the pandemic, our school wasn’t able to return to in-person sessions and I never had the opportunity to give a formal goodbye to that school year. I’m heartbroken that I never got to wish Principal Liles goodbye either. I wish I’d had more chances to work with him in person, but although our paths crossed for only a short amount of time, I will always remember his big smile and will be forever indebted to his never-ending kindness.

To Principal Tim Liles, thank you. And in his own words, to close out any Sunnyside representation, “1-2-3, GO WILDCATS!”

Abigail Smurr currently teaches at Sunnyside High School as an 11th grade ELA teacher. She received her MA in Curriculum and Instruction from California State University of Fresno in 2019.