Civic or Civil? What Kind of Citizens Are We? 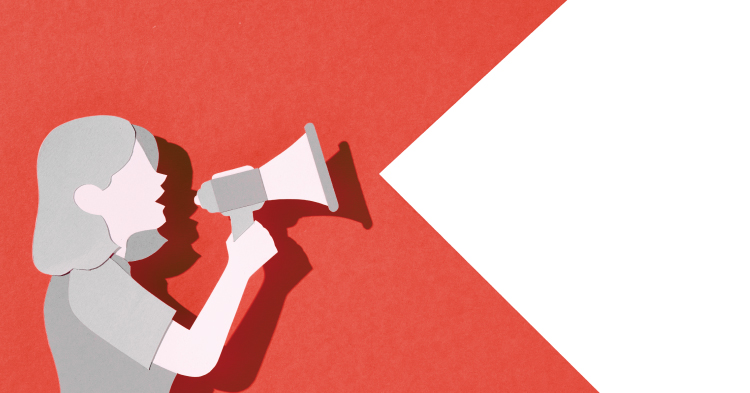 Especially in an election year, it is easy to understand voting as an act of citizenship. Similarly, applying for a passport—a document proclaiming that the bearer belongs to one country while travelling to foreign nations—is another. What’s more difficult to comprehend, however, is how wearing a mask during a pandemic could be seen as a way to express citizenship, as could staging a protest or organizing a community childcare program. It all depends on how narrow a definition of citizenship one is willing to apply.

While the terms civil and civic may be well understood and used within academic circles, they aren’t necessarily the only descriptors of these ideas and definitions of citizenship. Depending on who is speaking, phrases like “Big-C Citizenship” (civil) and “little-c citizenship” (civic) may be used instead.

What matters, however, is understanding that being a citizen means more than just sewing that nation’s flag onto a backpack. It means living together and making things better for all residents of the country, whether they’re officially citizens or not. It means understanding the rights and freedoms and obligations that come with citizenship, and working to expand and extend them. For teachers, it also means leading discussions about how a country such as Canada can be a place with systemic injustices but can still be considered a good place to live.

New Canadians and What It Means to Be Canadian

Immigrants who are on the path to becoming Canadians can provide an easy-to-understand perspective of how people can feel like Canadian citizens and engage civically as citizens, long before they swear an oath to Queen Elizabeth II and formally become Canadians in the eyes of the law.

Salimah Dhalla is a member of the Institute for Canadian Citizenship (ICC), an organization co-founded by the Right Honourable Adrienne Clarkson and John Ralston Saul. The ICC organizes citizenship ceremonies, including roundtable discussions where soon-to-be Canadians can share their experiences of the path towards citizenship. According to Dhalla, the director of program delivery, feeling Canadian and feeling like a citizen are things that happen long before the official ceremony takes place.

“We ask them, ‘What was the moment that you started to feel Canadian?’ or ‘Do you think you will feel Canadian after you take the oath?’ I would say 90-plus percent of people feel Canadian, even before they do any of the legal requirements that require them to become a Canadian citizen,” she explains. “It’s really lovely to hear that the step of that last legal requirement is obviously important. But the responsibilities and what makes each of us Canadian—outside of our ability to vote—those core values, are already apparent to people… through what they do in their communities. The communities reach out to them, and bring out that inherent sense of responsibility.”

Yasmine Mohamed, the director of digital programs (at the time of writing), adds that while the ICC is primarily focused on delivering enhanced ceremonies (ones held in spaces that are open to the public and that involve local community members), it also emphasizes how much a citizen can both gain from and give back to a community.

Stéphanie Gaudet is a University of Ottawa professor in the school of sociological and anthropological studies. She is also the director of the Centre for Interdisciplinary Research on Citizenship and Minorities (CIRCEM). Gaudet takes a more inclusive view of what citizenship is, what it means, and how it should be performed. She points to people who are disqualified from partaking in certain citizenship rights and responsibilities but who can still be what she refers to as “active citizens.” Children and adolescents who are too young to vote, for example, can still participate in democracy and offer solutions to pressing issues.

“If we talk about a problem, [young people] need to have the possibility to hope and to change things, maybe just little things. It’s very important because if they feel that they can’t effect change, they will not be confident that democracy can be an effective political regime and they will just drop out of [participating in politics and democracy].”

As a positive example, Gaudet cites work done by the city council in Gatineau, QC, which allowed young people “to influence the city’s agenda” by doing things such as offering input into transit scheduling.

Without those kinds of opportunities, young people can lose faith in the democratic political system. Gaudet points to the fact that even when young people are old enough to vote, their turnout rate is lower than other demographics, and despite the common wisdom that they will pick up the voting habit later in life, research shows this hasn’t been happening.

“I think it’s a big concern, but I don’t want to say that youth are not participating, because they do participate. They are very active for environmental causes and for social justice. They don’t trust politicians and institutions. It’s not perfect, but it’s still a way to express yourself as a citizen.”

Gaudet’s own work on civic engagement deals with people who feel excluded from fully participating in Canadian society because of their gender or sexual orientation, because they are racialized minorities, or because there are other factors that exclude them from the mainstream political discourse. Without finding ways to include their voices, Gaudet says there can’t really be a true democracy.

“We cannot talk about democracy without talking about justice. Justice is an idea related to democracy. Democracy is the will of each citizen to decide, to vote. We need to include everyone to have this idea of justice, of equity. So, if you want more inclusion, you have to be aware of what excludes people.”

Although Gaudet stresses the value in getting everybody to talk about and share their lived experiences and to co-operate on projects, she knows that democracy can be fractious. In fact, she teaches people—including students and new Canadians—that challenging the government is a necessary part of citizenship, and one that is a vital part of keeping any democracy thriving.

This is a view that Adelina Petit-Vouriot, research manager with the Samara Centre for Democracy—a research think tank named for the winged “helicopter” seed, or samara, that falls from maple trees—explains is a difficult one for some people to comprehend, especially if their social conditioning or their cultural background has taught them not to make waves or not to engage in public disputes.

Petit-Vouriot also says that if people can think of themselves as “political players,” this alters their perception of what they are capable of doing or changing or improving in society. It also “empowers them to… occupy their space in society and in a more visible way and a more proactive way. They can start thinking about their political efficacy and their ability to get things done.”

She adds that getting things done can mean getting confrontational but “that means a new, fresh kind of approach… Negative disagreements are part of the way we make decisions in society. And that’s something we should welcome.”

Beyond simply disagreeing, she emphasizes that protests and sit-ins are some of the more active, and acceptable, ways of participating as citizens.

Another thing that should be welcomed is an evolution of people’s civic literacy, explains Petit-Vouriot, as that enables individuals to develop an understanding of their place in society and how to interact as citizens. It also informs people how to engage with government “rather than just the nuts and bolts of how [a] political system or the structure works,” she says.

Civic literacy levels change as people gain more experience interacting with political systems and as political circumstances shift. COVID-19 is also likely to be a trigger for more people getting engaged in the political decision-making process, explains Petit-Vouriot, especially after listening to chief medical officers in each province explain why certain actions were (or weren’t) taken to deal with the pandemic.

Citizenship in the Classroom

Angela Vemic, an assistant professor in the department of curriculum and learning at the University of Toronto’s Ontario Institute for Studies in Education (OISE) explains that most provincial and territorial jurisdictions have “something that resembles a civics course” in the curriculum. Students are typically expected to learn about civic rights and responsibilities in such courses, and in Ontario there is also a broader mandate, what she describes as a “citizenship framework.”

She explains that rather than focusing on capital-P Politics and capital-C Citizenship of the mandated civics course, the framework is more expansive in terms of what it means to be an engaged citizen, and about identity and belonging.

“Students say that they want to have more opportunities to learn… and to engage with these topics—controversial topics, public issues, environmental issues—because [that’s what they are seeing on] social media and television,” says Vemic.

Understanding where opinions and facts originate and the differences between them is part of informed citizenship. Teaching that concept to students in today’s social media world can be a challenge, especially because the definition of an engaged citizen shifts with the times.

Vemic explains that the teacher candidates at OISE tend to be in their early- and mid-20s and “many people that age now conceptualize citizenship differently. For many of them, to participate civically looks less like the traditional sort of voting, or attending a town hall, or signing a petition. [Instead] it looks more like boycotting, social media campaigns, and consumer choices. Those things all really matter. They are manifestations of what it means to be [an] engaged [citizen].”

Carolyn Gruske is an award-winning reporter and magazine editor. She often writes about the intersection of business, technology and the law, but she also has a deep interest in educational topics.