Is It Time to Update the Citizenship Test? 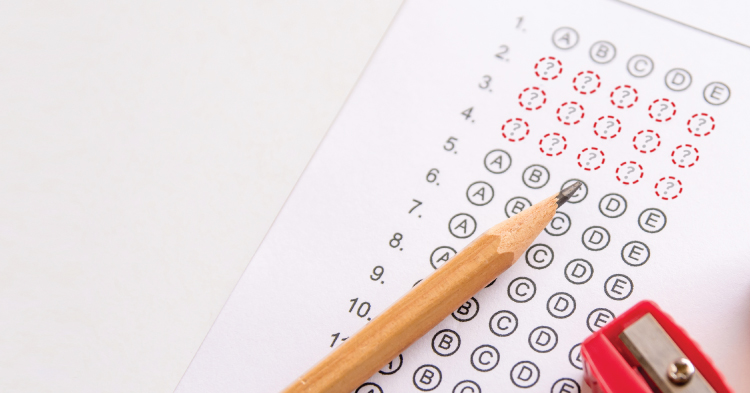 “You never get a second chance to make a first impression” is a phrase often attributed to Will Rogers, a citizen of the Cherokee Nation. For many newcomers to Canada, their first impression of the Indigenous peoples living on their ancestral lands in Canada often comes in the form of an outdated study guide for the citizenship test.

When the Citizenship Act came into force in 1947, it allowed people to become legal Canadian citizens for the first time. Under this Act, citizenship could be granted to permanent residents of Canada who, among other qualifications, showed they possessed sufficient knowledge of what it meant to be Canadian.

Today, candidates applying for Canadian citizenship must have “adequate knowledge of Canada” as well as an understanding of “the responsibilities and privileges of citizenship.” Applicants display this knowledge by taking a citizenship test that covers topics such as Canada’s history, government, regions, and symbols. The practice materials to prepare for that test, as well as the test itself, should ideally be up-to-date and all-encompassing for each subject. Fundamental pieces of information are missing, however.

The latest version of the citizenship test study guide, Discover Canada: The Rights and Responsibilities of Citizenship, was printed in 2011 and is out-of-date in many areas—most notably the Indigenous sections. The language has changed significantly in the ten years since this guidebook was published. For example, although “Indigenous” is the current preferred term to discuss First Nations, Métis, and Inuit peoples, Discover Canada refers to us as “Aboriginal.”

As a Mohawk person, born and raised in Canada, I’d never had an opportunity to consider the contents of the citizenship test. But once I did, it was upsetting to see how Indigenous peoples are represented in what is, essentially, an introduction to this country for non-Canadians.

After reading the guide, Balkees Alsalehi’s entire impression of the country she calls home changed. Alsalehi, who came to Canada in 2014 from Iraq, only learned general Canadian history, with small pieces of information here and there. Her application to become a citizen is still in progress. She says it wasn’t until last September, when she joined a group at the Arab Community Centre of Toronto for newcomers, that she was introduced to the Discover Canada book and learned more about Indigenous peoples.

Unfortunately, the guide is sorely lacking in the information it presents on Indigenous peoples, especially in terms of recent history, as well as our present-day accomplishments.

Discover Canada does address the history of residential schools—in just one single paragraph that reads: “From the 1800s until the 1980s, the federal government placed many Aboriginal children in residential schools to educate and assimilate them into mainstream Canadian culture. The schools were poorly funded and inflicted hardship on the students; some were physically abused. Aboriginal languages and cultural practices were mostly prohibited. In 2008, Ottawa formally apologized to the former students.”

There is no mention of the intergenerational impacts of residential schools on Indigenous families, of the trauma that continues to manifest as substance use disorders, abuse, and more.

The next paragraph in the study guide reads: “In today’s Canada, Aboriginal peoples enjoy renewed pride and confidence, and have made significant achievements in agriculture, the environment, business and the arts.”

The juxtaposition of those two paragraphs seems to imply that Indigenous peoples simply moved on from the horror and tragedy of residential schools.

According to Alsalehi, it’s as though today’s media is reporting on the history of residential schools in one way, while “the book is telling something different.” She thinks it would be “good to unify the information” to help give newcomers “a better idea about the contribution of Indigenous people.”

When first coming to Canada, Alsalehi hadn’t known the country even had native people. “Initially, I thought Canada was created by the settlers—until I read the book and found out that the Aboriginal people and their ancestors settled and established the country thousands of years before the explorers from Europe,” she says.

Despite opening up Alsalehi to Canada’s origins, she still felt that the study guide seemed antiquated. She remembers noticing that many of the book’s mentions of Indigenous peoples placed us in pre-Colonial times, giving her the impression that we don’t exist here anymore.

“They were there, but there’s [hardly anything] in the book that talks about their contribution in recent days,” she says.

This is something that is actively being remedied by the Office of the Minister of Immigration, Refugees and Citizenship, explains the office’s press secretary, Alexander Cohen. “In response to the Truth and Reconciliation Commission’s Call to Action 93, we have been hard at work over the past few years crafting a new Citizenship Guide that reflects contemporary Canada,” he says. “It hasn’t been updated for over a decade and contains outdated terminology and ideas—particularly regarding Indigenous peoples.”

Three themes will drive the updated guide: relationships, opportunity, and commitment. It will also include a variety of historically underrepresented groups, such as the LGBTQ2S+ community, Black Canadians, and Canadians with disabilities.

The final product will be shaped by extensive consultations with leaders from the Assembly of First Nations, Inuit Tapiriit Kanatami, and the Métis National Council.

Cori Carl, author of Moving to Canada: A complete guide to immigrating to Canada without an attorney, was inspired to write her own guide after she became a Canadian citizen. While studying for her citizenship test, she discovered that many of the books and resources for aspiring citizens were out of date.

Originally from New Jersey, she was one of the first people to go through Express Entry—the application process aimed at skilled immigrants—and wanted to help guide others on how to do the same. Carl says she spent a week cramming for the citizenship test, reading the official study guide along with other guides that were available from libraries and reputable sources.

“Based on the test material, it’s very much the narrative I remember from elementary school—and I’m an old millennial, I’m 37—which was: ‘mistakes were made, and now we’ve learned, and everything is wonderful.’”

Carl says that it’s been hard to unlearn what she was taught about Indigenous peoples as a child. But at the same time, she’s worried that there are too many nuances and too much history to be properly covered in a study guide and test.

“I don’t know that the test itself is really a venue for teaching or testing anything so complicated,” she says. “There’s just so much history and so many layers to it.” She is concerned that “simplifying it too much can come at a cost.”

While Alsalehi suggests that an entire chapter be dedicated to Indigenous peoples, their history, and their modern accomplishments, Carl is unsure on how best to update the guide. She wonders if the sovereign Indigenous nations should get to write their own contributions.

“I understand the theory behind wanting to give everyone this basic background of Canadian history and values, but in this case, Canada has such a complicated relationship with Indigenous communities,” Carl says.

It definitely seems like a ripe moment for the government to revisit the Discover Canada guide, as it is, for many residents, their first introduction to Indigenous peoples of Canada. There have been many discoveries and shifts in thinking and language since the guide’s last publication, not to mention the calls to action from the Truth and Reconciliation Commission of Canada.

“In this moment in Canadian history, I feel like I’m going through this learning process with all of Canada, and so is anyone who’s living in Canada and is involved in their community and reading the news,” says Carl.

Kelly Boutsalis is a Mohawk freelance journalist from the Six Nations of the Grand River. The bulk of her work focuses on highlighting Indigenous stories, and her words have appeared in the New York Times, The Walrus, The Narwhal, and more.