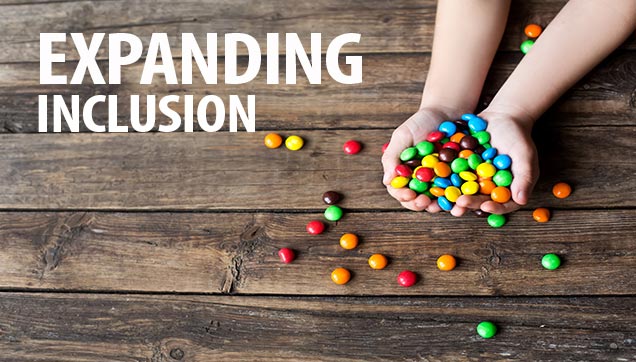 Despite resources and revisions, inclusive education remains out of reach for many students across Canada. Perhaps educators should change not just how they teach, but how they learn?

Each year, groups of students in British Columbia begin classes after their peers because schools aren’t sure where to place them. Administrators and teachers often spend the first weeks of school finalizing classroom placements. It can take nearly a month, and often happens while students with disabilities stay at home, says Angela Clancy, executive director of the Family Support Institute of BC. The institute, which provides peer mentorship and education for families who have a child with a disability, connects with about 10,000 families a year; Clancy estimates 70 per cent of calls concern education. It’s common to hear from parents who were told to keep their children with disabilities home until classes are established.

Realizing this right poses significant challenges. The closure of institutions for people with intellectual and developmental disabilities means these students attend the same schools as their typically developing peers. But this doesn’t guarantee inclusion. Some students with disabilities spend part or all of their days in separate classes. Across Canada, this system is changing.

“We shouldn’t have two systems of education under one roof,” says Clancy. “It should be education for everybody, and everybody’s needs should be met in an inclusive setting.”

Creating that setting requires more than funding, or re-thinking curriculum and classroom placements. It means teachers must change not just how they teach, but how they view their students and themselves.

Special education has received clear support from Canada’s highest court. In 2012, in the Moore vs. British Columbia (Education) case, the Supreme Court of Canada stated that “adequate special education is not a dispensable luxury. For those with severe learning disabilities, it is the ramp that provides access to the statutory commitment to education made to all students in British Columbia.”

But students aren’t fully included. If an inclusive class at their neighbourhood school isn’t available, students are sometimes bused out of district to a school with such a classroom, says Clancy. Other times, students are sent home because the schools can’t support them.

These stories aren’t unique to British Columbia, where provincial legislation dictates there can’t be more than three students in a class with an Individualized Education Plan. (This does not include students identified as gifted.) In April, People for Education, an Ontario advocacy group, released a report about special education in that province. Almost half of elementary school and 40 per cent of high school principals surveyed, reported asking a child with special needs to be sent home from school for all or part of the day. Sometimes, these decisions were made with the parents. Safety was the most common reason. In elementary schools, the second-most common justification was lack of adequate resources.

Some school boards are closing classes specifically for students who have disabilities. It doesn’t save money, says Peggy Blair, Superintendent of Education at Avon Maitland District School Board in Ontario. The board has a goal to close all of its segregated classes for students with disabilities. It began eliminating them several years ago. Fewer parents were enrolling their children in the classes, explains Blair. This also fits with the board’s priority to create positive and inclusive learning environments. The board has hired coaches who work with teachers to help include all students in classroom learning. Coaches meet with a specific teacher once a week for a semester or entire school year and become part of the school community.

Eventually, no segregated classes will exist in New Brunswick’s public schools. In 2013, the province put in place Policy 322. It specifies how inclusive education will be implemented. It says there should be no segregated, self-contained classes, or programs specifically for students with learning or behavioural challenges. No date has been set for when all these classes must close.

“We’re moving past the segregation of students based on learning challenges or labels,” says Ken Pike, director of social policy for the New Brunswick Association for Community Living. If students need to be removed from the regular classroom for part of the day, the policy gives direction about how this should happen. “We expect students, by and large, to be included in the common learning environment.”

This expectation comes, partly, from a belief that people with disabilities can, and should, contribute to their communities. Often, this means jobs. Most provincial and territorial education laws list contributing to a “prosperous and sustainable” economy as one of education’s key purposes.

That’s not an option for everyone, though. Alana Grossman describes her job as “the best teaching job in the universe.” Grossman is principal at Beverley School, a school in the Toronto District School Board for, as she describes them, “the hardest-to-serve kids.” Some have autism spectrum disorder, severe cerebral palsy, or what Grossman calls “funky syndromes”—extremely rare genetic disorders. Some are fed by G-tubes. Many can’t speak. Many will still be in diapers when they’re in their 30s. Some are aggressive; it would be unsafe if they attended class with their typically developing peers.

“I’m not against [integrated classrooms] at all,” says Grossman. “I just want to see that it’s done responsibly, with the right support, in the right atmosphere.”

Beverley School provides that. It has 97 students. In addition to teachers, it has more than 20 Educational Assistants and 10 intensive support individuals. “We’re really well-supported,” says Grossman.

Support is crucial for inclusive education. Teachers need to support their students. “I don’t view any of the kids that I’ve had as having special needs,” says Scott Thompson a Grade 5/6 teacher at Dorintosh Central School, a school with an enrolment of 30 students, in Dorintosh, Saskatchewan, in north-central part of the province. In 13 years of teaching, he has taught students with Fetal Alcohol Spectrum Disorder, autism spectrum disorder, and significant vision loss. He recently had a student who was on the autism spectrum disorder and had difficulty with motor skills. Some classroom activities needed to be modified so this student didn’t become too frustrated to work.

“With any student, you find out what their strengths are, what their weaknesses are and ways that you can help make them successful, whether they’re traditionally defined as a regular student or a special-needs student,” Thompson says.

Having a student with a special need may make teachers nervous. If they don’t believe they can teach the student well, they may be more resistant to having them in their classroom. Education systems may only increase the anxiety. Teachers often feel pressured to have different lessons for each student, explains Julie Stone, one of the first teachers in New Brunswick who was assigned with helping other teachers best integrate students with disabilities.

“Some of the teachers are led to believe that they have to teach every single student where they’re at with their own curriculum,” says Stone. This can be particularly troublesome for high school teachers who, unlike elementary teachers, aren’t with students for an entire day. This means a teacher could see more than a hundred students a day, and it’s “totally crazy” for teachers to think they need to develop separate lesson plans for each student, she says.

This expectation just causes more stress, says Stone. Part of the problem lies in the education system. If a student can’t succeed on standardized tests, teachers may fear this will reflect poorly on their ability to teach, she says.

If teachers receive training in a specific disability, it may be years before they use it, says Stone. She retired from public education in 2002, but has worked with teachers, mainly those in high schools. She trains them to best divide time between instruction, small group work, and sharing with the whole class. She also teaches them how to incorporate choice-making into lessons, so students can pick assessments best suited to their needs. This benefits all students.

Amy Kipfer, a Learning for All Coordinator with Avon Maitland District School Board, recalls how one high school food and nutrition teacher took pictures of different ingredient amounts to help a student who was struggling to understand the recipe. This helped other students learn, and he plans to do this more, she says.

In some ways, having a student with a disability is an advantage for the teacher. When a student has a defined special need, parents, therapists, and other professionals often have advice about how to best teach that student. In Thompson’s experience, it can make teaching easier.

But for some teachers, it can make including students with developmental disabilities even more challenging.

“People feel like, ‘My classroom is my castle. I close my door, and there I am with my kids,’” says Mirenda.

She recently supervised a study that sought to determine why some teachers resist having students with developmental disabilities in their classroom. It found teachers who felt they couldn’t collaborate with other adults were more likely to doubt their ability to teach students with disabilities. Other studies have found similar conclusions, she says.

They can start by including families. “Families know their kids best; they’re an untapped resource, and when [teachers] tap into that, it makes [their] job easier,” says Clancy. Parents can’t speak for all children with disabilities, and the experience of one family or child shouldn’t be taken as the standard for all, says Clancy. Each child is different. But parents can provide information and tips that can benefit all students.

“Always recognize that the people you’re supporting are going on a journey that you know absolutely nothing about. Be humble and try to learn from families because they will be willing to be your teacher and help you in that role, not only for that one student, but for every single student,” says Clancy.

Inclusive schools can help build inclusive societies. Tomorrow’s parents and employers are today’s students. “The people that we’re putting through our education system have to have an understanding of what [an inclusive society] means as well,” says Pike. Students who attend class with a student who has a disability may be more likely to interact with them more in the future.

For that to happen, they need to learn to be good friends. Graduations can be a source of pride and pain for parents, says Clancy. While glad their child is standing on the stage with the rest of their class, they sometimes feel sad when they realize they never received an invitation to a birthday party, she says.

To create classrooms that foster relationships, teachers need to ask for help and be willing to learn, says Stone. In that way, teachers are no different from their students.

Meagan Gillmore is a freelance writer in Toronto, ON and recent graduate of the Publishing: Book, Magazine and Electronic Program at Centennial College.