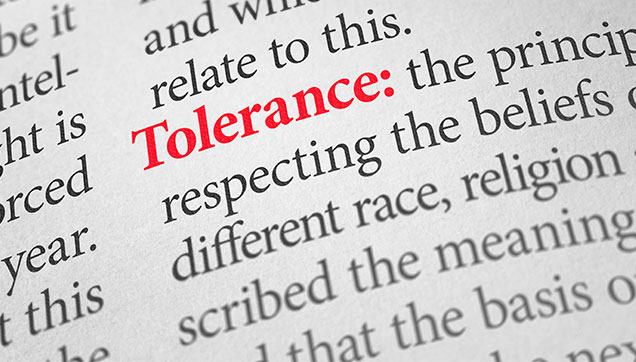 Matthew Bojer and Tim Zaal are two featured speakers from the Museum of Tolerance in Los Angeles who regularly share their stories with visitors, inspiring youth and adults alike to spread the word of peace and tolerance worldwide.

What do a racist skinhead and a homeless gay teen have in common? Probably not much more than a string of physical and emotional attacks. For Tim Zaal, a former member of an organized hate group, and Matthew Bojer, a gay man who once lived on the streets of Los Angeles, this commonality was their reality. In his early years, Zaal learned from his parents that racism was more than just a belief—it was a way of life. And when an African American shot and killed his older brother, Zaal became angry and his racist attitudes were amplified. He started listening to hate-inspired music, rebelled, and led a violent lifestyle. He became a skinhead recruit and was director of operations for a hate group, spreading his message of intolerance to other vulnerable, angry minds.

Zaal married a woman who shared his prejudiced beliefs, and just as Zaal’s parents passed racist ideals on to him, he too did the same to his own child. It wasn’t until his two-year-old son pointed to an African American man in a store and called him an offensive name that something clicked in Zaal’s mind. Ashamed and disgusted, he knew something had to change. He didn’t want his own son going down the same path he did. He divorced his wife and later remarried a Jewish woman. Becoming a positive role model for his child, he joined the Museum of Tolerance (MOT) as a volunteer speaker, sharing his journey from hate to peace with visitors.

It was at the MOT that he met Matthew Bojer. Bojer became involved with the MOT after the death of Matthew Sheppard, a young gay man who was beaten, tortured, and left to die. The incident inspired Bojer to share with MOT visitors his own experiences, hurdles, and hardships he encountered when he came out. When he was just 13 years old, he attended a performing arts school, and it was there that he realized he was gay. After telling his parents, they immediately kicked him out of their house, forcing him to live on the streets of Los Angeles.

Bojer found out the hard way that life on the streets meant more than just finding enough pennies for his next meal. It also meant protecting his own personal safety—something he couldn’t do the night he was violently beaten by a group of skinheads. Although it was a painful incident—physically and emotionally—working at the MOT has helped him come to terms with why he was targeted and he’s been able forgive those who attacked him. It was at the MOT that Bojer had the opportunity to forgive one of his skinhead attackers in person.

In a friendly meeting after a speaking session at the MOT, Bojer and Zaal discussed, in depth, their lives, experiences, and where they grew up. They came to realize that they had met before—when Bojer was on the ground, being kicked by Zaal and his skinhead associates.]Both men were deeply affected by the realization. For Zaal, speaking out about his past has become his apology to all the Matthew Bojers of the world, and it’s helped in his own healing process. Zaal is a shining example of how intolerant people can change to become kind and loving members of society. Bojer assured Zaal he was forgiven, and today, the two are best friends. Years ago they would have made an unlikely pair, but from hate sprung hope and inspiration—not only for Zaal and Bojer, but for everyone touched by intolerance.