Drugs and the Classroom: A Teacher’s Strategy 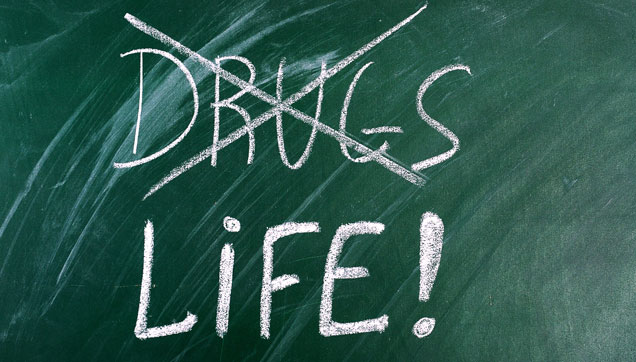 This past year, in a small Midwest community, we lost a student to a drug overdose. We have lost many more to drug addiction, and although we haven’t attended their funerals, they are no longer the students we once knew, while some are unrecognizable. As teachers, we become so wrapped up in curriculum and testing that we lose sight of some of the other, maybe more, important things, our students face on a daily basis. Many of us shy away from talking openly about drug abuse to our students because we are uncomfortable or uneducated. Many schools sponsor the Drug Abuse Resistance Education (D.A.R.E.) program, a police officer-led initiative aiming to teach students how to say no. We let D.A.R.E. handle the tough issue and move on as if there is nothing else to say. We make the topic feel as if it doesn’t affect us or our students, only law enforcement, and never say another word. Here’s the hard reality: drug abuse is a major issue in our classrooms. Many of our students have been introduced to drugs, even if in the smallest way.

Think about how most schools handle the topic of drug abuse. If the topic is addressed at all, it is normally aired in an assembly forum with a representative from law enforcement or some statistician throwing facts at our students like foul balls. What are the students doing? Talking, playing on cell phones, daydreaming, you name it; they have checked out. We don’t seem to be taking it seriously, so neither do they. If we took what we know about student engagement and compared it to how we address some of these issues, we would see a massive discrepancy. As teachers, we strive to make our lessons meaningful, yet we think that a cop is the best way to discourage high school students from using drugs. Of course a cop is going to discourage drug abuse, he is a cop, and it is against the law. If we are being honest with ourselves, we just wasted a fair amount of educational time. So, if this isn’t what we should do, then what is the answer?

I believe that it is time to stop handling drug abuse with kid gloves. The world of addiction is a harsh place and it should be handled as such. We need to tell our students about the realities of drug addiction and how ugly that life can be. It shouldn’t come from someone without the experience; it needs to come straight from the source. I took this belief, ignored the controversy, and introduced my students to a person who had battled her way through hell to live a sober life.

Drug abuse is something I openly talk about with my students, so this wasn’t out of left field. I tell them the story of growing up with a mother who battled addiction most of my life. I tell them stories of friends and family I’ve lost to addiction and allow them to ask any questions they may have. I am honest. So when I told them I had a guest speaker coming to talk to them about drug abuse they weren’t surprised, although they were a little wary. They suspected it would be someone coming to throw numbers at them and tell them “drugs are bad,” which they already knew. They were suspecting the same routine they have had a hundred times and didn’t want to see again. Instead, they were introduced to LeAnn.

I didn’t offer any more information about LeAnn, I only told them she was a family friend and that she was just here to tell them about her life. When LeAnn walked in, students were surprised to see a person in normal clothing. She introduced herself and began her story, which started out fairly normal, like most of my students. LeAnn talked about her first time using drugs and the feeling it gave her. She told them the story of becoming dependent on prescription drugs after a major surgery. They listened quietly and intently, but nothing in their minds had changed. This was a common story throughout our community; it wasn’t something new.

LeAnn then told them how her life began to change. She had two children, a daughter and a son, and her addiction had taken a turn for the worse. She could no longer afford the prescription pills and heroin was cheaper. LeAnn told my students how she lost her children and herself. She told them about how she stole to get high and about the situations she had gotten into, like having a gun held to her head over drug money and SWAT coming into the house she shared with her kids. She told them of saving her friends from overdoses time and time again and then about some that she wasn’t sure she could save. LeAnn told them about the overdose that left her in the hospital, unaware of how old her daughter was and not able to control her body movements. She told them about the symptoms of withdrawal and how you feel like you are dying.

My students were entranced by the horror story that LeAnn laid at their feet. Then, after telling them about having to sober up in prison because her daughter turned her in, one student asked, “Do you talk to your daughter now?” LeAnn looked at me and told them, “Yes, she is sitting next to me.” I had introduced my students to my mother. LeAnn and I continued our story until the end of class. At the end, my students’ minds were changed. They didn’t want to live like LeAnn. Many of them approached me and told me stories of their own, about their family and friends. Many of them thanked my mother for telling her story. Many of them left silently in tears. All of them left my room thinking that day.

This is the kind of drug awareness program we need to put in place at schools. This is the kind of meaningful lesson from which our students learn. Our students are acutely aware of the consequences of drug abuse, such as jail. They need to be aware of the consequences that aren’t avoidable, such as losing yourself to that addiction and the lengths you will go to feed it. There are people all over waiting to tell their stories, to help students avoid the paths they themselves took. We just have to reach out to them and ask if they will speak in our schools. My mother’s story may not have changed every student’s mind forever, but it affected many of them. Even if it helped one student, it was worth it.