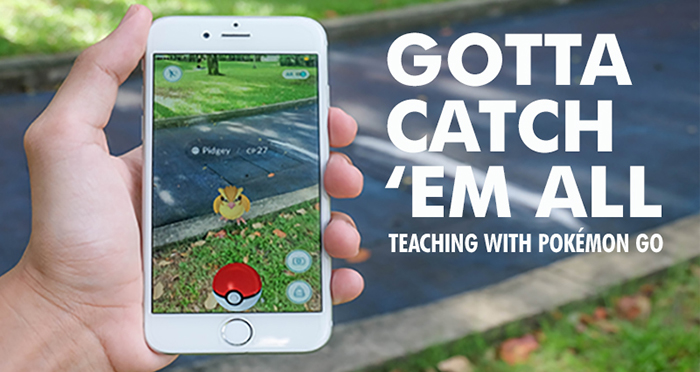 Anyone who is familiar with teenagers knows that when one volunteers information about their school day to his parents—it’s big. Huge. That’s thanks to the phenomenon of Pokémon Go. The day after the official launch, my soon-to-be-in-grade-nine son, Alex, unexpectedly texted me from his summer transition program because his teacher had just announced that there would be a Pokémon Go Club starting the next day. I knew we wouldn’t even have to go through the “What did you do today? / Nothing…” dinner conversation that night!

Pokémon Go is Niantic’s hit augmented reality App. In essence, it allows players who are called trainers, to use mobile devices to find and try to catch creatures called Pokémon while walking around the real world. Players can even travel to different countries to try and catch them all. Once trainers have collected some Pokémon, they can train them to battle other players in a quest to become a Pokémaster. Each Pokémon has specific characteristics so it is important to find a variety of them to do well in the game. The App is the latest addition to the Pokémon franchise that includes trading cards, video games, and cartoon TV show.

I was initially curious whether Alex, an avid video game player, would be interested in this game now that he was 14 years old. Pokémon trading cards were popular at his school back when he was six, so naturally, he wanted to collect them like everyone else. At that time, we were working on reading and although he loved books and listening to stories, he didn’t seem very motivated to read for himself. Luckily, I was familiar with the cards and realized they could be motivation to help Alex read independently and do basic math. Since we had used the trading card game as a learning tool so successfully, I was eager to give the App a try too.

Alex and I have been playing Pokémon Go together since the Canadian launch. We started with short walks in our own neighbourhood and then ventured further afield. Generally, the players out on their own were in their late teens and beyond. Even though Alex was much younger and had his mother in tow, he was welcomed into every group we found. The other players didn’t consider age a barrier. I watched as he chatted easily with players more than a decade older. The interactions often ended with them—only half-jokingly—wishing each other good luck on their Pokémon “journeys.”

We even integrated Pokémon Go into our summer holiday trip. We caught Pokémon in five cities across three provinces. Since many of the Pokéstops (locations where players pick up supplies) and Pokégyms (locations where players battle) are monuments and landmarks, playing the game didn’t take us out of our way. The game also alerted us to places we might have otherwise overlooked. It was a good way to explore new neighbourhoods. The App also provided helpful background information about some of the locations.

Another time, while playing the game closer to home, Alex and I noticed a tired, young mother pushing a newborn in a stroller. She also had a cranky toddler who instantly brightened up when we offered to show him a Pokémon. The brand recognition was there and he was thrilled to participate in the fun.

At first glance Pokémon Go might appear to be just another game, but as I watched Alex play, I saw educational potential. I realized that players were collaborating in meaningful ways. For example, players can join one of three teams represented by the colours red, blue, and yellow. If teams organize and play together, they have a better chance of winning battles. One day within minutes of meeting fellow team members in a park, Alex was already strategizing with them to take over the nearby gym. They encouraged each other, shared tips, and chatted while playing the game.

This was a far cry from the times he had to collaborate at school. Often times, working as a group was a burden because doing the task alone would’ve been much easier. Group work was simply a requirement. The game seems to encourage true collaboration because it is advantageous to work as a team. Alex’s teacher, Vernon Kee, a Prime Minister’s Award for Teaching Excellence recipient, noticed this aspect of the game too. He told me, “it gets kids active and it creates a community in our school. We level up faster together while getting exercise and making new friends.”

When I discussed Pokémon Go’s collaborative aspect with Chris Crowell, a Video Game Designer and Creative Director of Crowell Interactive, he noted “the game makes elements available to every player so there is no incentive to ‘hoard’ a find, only positive accolades for sharing.” I found this interesting and unusual. Players share the information when they find a Pokémon because there is no penalty for doing so. That same Pokémon is available for everyone to catch. The way the game is set up, collaborating aids progress instead of impeding it.

These experiences and discussions convinced me that Pokémon Go could assist with learning skills and engagement, but were there possibilities for content? Could we leverage the Pokémon magic at school to help with the curriculum we have to teach? From my experiences with the trading card game and the time I’ve played with my son, I know there is great potential. I decided to revisit some of the hundreds (thousands?) of cards in my basement and was reminded of some of the sophisticated vocabulary. For example, on one card, the Blastoise Pokémon is capable of an “Enraged Linear Attack” that “does 10 damage for each damage counter on Blastoise.” The language can be very technical, but players need to master it in order to play the game, so they find ways to learn. With the popularity of the new game, I think the old cards could enjoy a resurgence. Teachers could take advantage of the Pokémon phenomenon and employ them in the classroom if they are unable to have students play the virtual reality game. What do the words “enraged” and “linear” mean? Why are they good words to describe this attack? If Blastoise had 3 damage counters on it, how much damage would this attack cause? Why is Blastoise a good name for this Pokémon?

The cards themselves have similar layouts and can be used to discuss elements of visual literacy. There are headings, subheadings, symbols, visuals and numbers—actually a great deal of information—for a playing card-sized piece of text. They are also available in different languages so may be a bridge for English Language Learners. At the very least, the cards could be used as an engaging hook to begin a lesson.

The game also provides interesting jumping off points to think about some science concepts. Pokémon are divided into “types” which bear some resemblance to species. They also evolve and some are nocturnal. It might be an idea to discuss how accurately the words are used in the game if a class is studying some related content. In the game, Pokémon evolve when they are fed enough candy so it is not a scientifically correct use of the word. Nocturnal Pokémon on the other hand, are more likely to be found at night. If students are playing the game, they may internalize misconceptions about terms such as species, evolution, and nocturnal so it would be important to point out the similarities and differences in usage. A Venn Diagram may be helpful to compare the Pokémon versus scientific use of these words.

The App itself is a treasure trove of data, especially because of the Pokédex (a digital encyclopedia) and I think data analysis has the most interesting educational potential. Crowell was very excited about this aspect of the game too. He suggested, “the game offers a number of interesting ‘wildlife biology’ experiments that students could engage in such as, tracking the number of each kind of Pokémon to Appear in a particular PokéStop and observing how the numbers change after placing a lure at the same PokéStop.” Digital lures are placed by players to attract Pokémon to a certain spot. Teachers could challenge students to design experiments to demonstrate the effectiveness of using lures and help them formulate other questions to investigate.

One of the concerns I had about the game was its use of cellular data so I asked my son to do some investigating by monitoring his data usage. Of course, this will vary depending on gameplay and the device, but even in an intense gameplay situation in downtown Toronto, with a high density of Pokéstops and Pokémon, the game used less than 10 MB of data per hour. Our family shares 10 GB of data per month across all our mobile devices so Alex and I discussed how much this costs and what would be reasonable to use on the game. We also took the opportunity to talk about where that data could be used and the costs of international roaming. We were able to play at some of our holiday stops, but not all because our data can only be accessed across Canada. In the end, it was a good financial literacy lesson.

Although there has been some negativity associated with Pokémon Go, I definitely think it is worth including in your teaching if you notice that students are playing the game. There have been reports of players trespassing, walking into traffic, and even falling off cliffs because the game is so engrossing, but stuff like that happens when people use their GPSs irresponsibly too. Safety considerations and appropriate places to play need to be part of the learning, but if you delve deeper, you might be surprised how much Pokémon Go can add to your teaching.

Catherine Little is a Toronto-based educator, consultant, and writer. 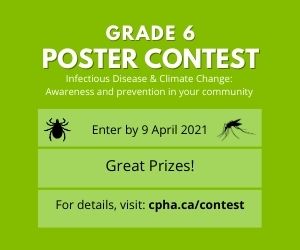