Hope and Despair: Q&A with an Inner City School Teacher 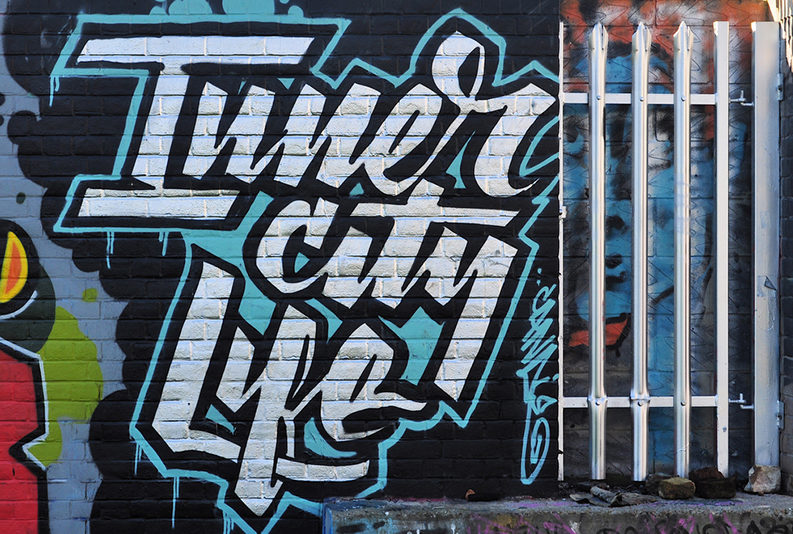 Ed Boland wishes he’d read his book before he began teaching. After more than 20 years in educational administration, much of that time spent helping students from low-income situations improve their education, he decided to help in a more direct way. He wanted to teach. In 2006, after years of juggling work and graduate school, he joined the ranks of public high school teachers in New York City.

Boland chronicles his experiences in his 2016 memoir The Battle for Room 314: My Year of Hope and Despair in a New York City High School (Grand Central Publishing). He spoke with TEACH about reaction to the book, effective classroom management, the limitations and challenges of teaching and the unexpected teachers in his life.

This interview has been condensed and edited for space and clarity.

Why write this book?

I’m a good New York liberal and I had worked in educational administration for over 20 years. I thought I understood the depth and complexity of the problems that our most vulnerable kids in the school system face. But I was wrong. … I wrote this book because I want people to understand that educational failure is linked to poverty more than any other cause. How do people respond to that?

… [W]hen you are faced with eviction, incarceration, deportation, drug violence, gang violence, unstable housing, poor health care, I don’t care how strong of a teacher you have – those kids are still going to struggle in a very, very profound way. … I really felt that I needed to reverse that stereotype and shatter the myth of the hero-teacher. … It’s not a happy tale, but it’s a real one. I think that the idiom of so much educational writing is one of hope and aspiration, and it should be, but there needs to be a countervailing voice. … Understandably, I think a lot of people say, ‘Oh, you taught for a year in a struggling school. What do you have to say on the subject?’ and a lot of people say, ‘You’re reinforcing stereotypes about the behaviours of low-income students.’ I struggle with those criticisms, and I don’t think they’re totally unfounded. But I will say this: Number One, I think we need to hear from more teachers overall. I wish I’d read more books by 30-year veterans who’d been in the trenches and had a lot of wisdom to share, but there weren’t that many out there. I also think sometimes the voice of the newbie, the voice of the outsider and the newcomer, can tell you a lot more than the voice of the veteran.

How have teachers responded?

The reaction from teachers has been very broad. … Some people have reached out to me and said, ‘Finally, someone’s written a brutally honest first-hand account of what it’s like for a first-year teacher. Thank you for opening eyes. Thank you for showing these are broader systematic problems, not problems with teachers.’ Right now in the debate, everybody expects teachers to fix all the educational problems. I just think that’s not fair.

What do you think makes effective classroom management? What are the barriers teachers might face within themselves when it comes to implementing that?

I think the problem is we expect too many teachers to figure it out by themselves. …  In my graduate program, which was a reasonably well-regarded one…I think there was probably a grand total of one hour devoted to the topic of classroom management in any kind of concerted way. That’s a terrible mistake.

How would you define classroom management?

Effective classroom management is creating an environment where students are ready to learn and put away outside distractions to make learning a priority.

What advice would you give to teachers who are looking for a mentor?

… Find that super version of yourself that you want to be: someone that’s similar to you in temperament, skills, personality; someone you can really emulate. … With any mentoring relationship, chemistry is everything. … I would say the converse is true [for mentors]: that you should try and mentor people who you see as younger versions of yourself and have maybe similar struggles to you so that you can show them in a very specific way how to overcome those struggles.

Do you have anything that you would want to say to administrators about what they could be doing better or differently?

… I think if you took the team of professionals that were at my school and put it in a middle-class suburb, it would be a blue-ribbon school. These were very hardworking, very smart, very dedicated people. …  I would say though, if there was one thing that the administration could have done different, it would be creating a unified culture…of both pedagogy and classroom management. There’s this one scene in the book, which I think has resonated with a lot of people. There was a young woman who I reprimanded for chewing gum in class and she turned to me and said, ‘You know, in four of my classes I can chew gum, in three of them I can’t. You people need to get your act together.’ And she was right. You don’t have to remember seven different sets of rules. If there was a more unified school culture along curriculum and classroom management we would have done a whole lot better by our students.

Do you have any advice for teachers when they have students going through abuse and foster care or incarceration and violence? What’s the teacher’s role?

Charles [a student who expresses interest in teaching] says at the end of the book, ‘It’s really important for me to give back, and there’s no question that teaching is the best way to do it.’ Do you think that’s true?

What would you say to the teacher who’s thinking about either leaving their school or the profession?

It is amazing about team dynamics and setting. Oftentimes, you’ll take a person on a team or a person on a job and put them working with different people or different circumstances, and their performance can change pretty significantly. I think a lot of times people who are struggling the most might not be on the right team or in the right setting. I think that they should try to find that right team and that right setting.

Appearances can be very, very deceiving in a classroom setting. …  The kids who acted like they were least interested in you and education oftentimes underneath were burning to learn more and eager to connect with you, and yet the public signals would tell you differently. … I admired their tenacity. When I learned about their life circumstances, my respect and admiration for them grew exponentially. I know mature, established adults [that] if they had one of the issues my kids were facing, would … have a hard time pulling it together. These kids were 14, had a whole raft of problems on the home front, and they still held it together. … A lot of them have taken brutally, brutally difficult life circumstances and have grown into thoughtful and mature adults.