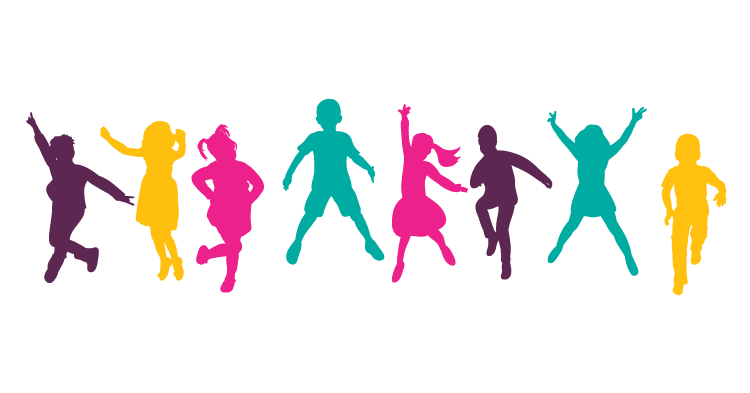 The typical image of math class conjures up a scene of students bent studiously over worksheets, working out problems on paper. Imagine a math class where kids are hopping up and down, swinging their arms side to side, and shouting out numbers. They’re laughing and enjoying themselves—and they’re still learning their multiplication tables.

That’s the image with which Math & Movement, a decade-old program based in upstate New York, wants educators to work. “If kids are moving, they’re having fun,” says Kim McCullough, senior director of operations and marketing at Math & Movement. “If a kid is sitting there, the work is mundane. But when they’re up and moving, it’s fun. It has emotional impact.” The physical exercise also increases blood flow and sends more oxygen in the brain. “It gets the synapses firing,” says McCullough.

Researchers at the University of Copenhagen, Denmark, found that when a child uses their whole body while learning, they improve at math, regardless of whether the impact of the activity is high or low. After the six-week study, students who learned while doing whole body movement saw math skills increase by nearly eight percent. They had about four more correct responses than the baseline, and twice as much improvement as the sedentary group.

The Math & Movement program is for students from kindergarten to grade five. “We really focus on kids learning multiplications,” McCullough says. “Generally they can multiply by 1, 2 and 4 pretty easily, but 6, 7, 8, 9 is harder.”

McCullough was an elementary teacher for several years before joining Math & Movement full time. She even used the program in her own class for a couple years before making the switch. “I just fell in love with it because I can’t sit still and I never had that expectation of my students either.”

The Math & Movement program has two parts: Active Math and Skip Counting. Usually, one of the 20 representatives across the U.S. will head into a school to run a session or a workshop, either with kids, parents, or educators. The program starts with what they call Active Math.

“We do a whisper-shout counting exercise with cross body movements, whispering some numbers and shouting others,” McCullough explains. “So, maybe they pretend to be a soccer player.” And let’s say kids are working on multiplication of four. They kick right with the left leg, whisper one. Kick left wit the right leg, whisper two. Headbutt, whisper three. “Then they clap their hands and shout four.” They repeat the exercise right up to number 40. (Math & Movement chooses to work with multiples of 10 before starting with a multiplication of, say, six.)

This physical exercise and repetition of movements, coupled with the emphasis on specific numbers, really helps kids memorize the information. But that cross-body action also plays an important role. “Any time you cross the midline of your body, you’re stimulating the left and right hemispheres of the brain. Both sides are active and engaged,” says McCullough.

This goes completely against the traditional model of learning. “Most of the time in math, we only use one side of the brain.” But not all kids learn that way. Some kids can, says McCullough, but all those who don’t learn that way still need to learn it of course.

Unfortunately, this method of instruction isn’t a cure-all. The same University of Copenhagen research group found that students who weren’t particularly good at math prior to the study did not get any added benefit, so they stress the need for individualization whenever possible.

Luckily, the type of alternative learning that McCullough strives for can be altered to fit the interests of individual students. “We try to pick different movements that may appeal to different kids,” she says. “So maybe they’re a rocket going into space, or a cat shaking its tail. Allow the kids to personalize the movement. They can take ownership. They’re more invested.” Therefore, they’re much more interested and likely to digest the information. “It’s all about bringing it to the level and attention of the kids in the class.”

Once they’ve done a few whisper-shout counting exercises, Math & Movement participants move onto mats that feature a large grid of numbers. Students can jump square to square, or skip a few to find out total sums. “So maybe they jump up six squares four times to land on number 24,” McCullough explains.

All of this increases stimulation and returns the fun to learning. Students can pretend to be soccer players making a goal, or cats playing with yarn, or maybe a rocket ship preparing for take-off. Developing a strong mathematical foundation, especially one in multiplication, is beneficial for almost all types of math down the road.

“Multiplication fluency leads to mastery of all other math skills,” McCullough says. “Fractions in grade five are a lot easier if they can do multiplications, because they have that foundation to do it easily and quickly in their head.” So go ahead, get those kids into hockey player or pony mode and get multiplying.