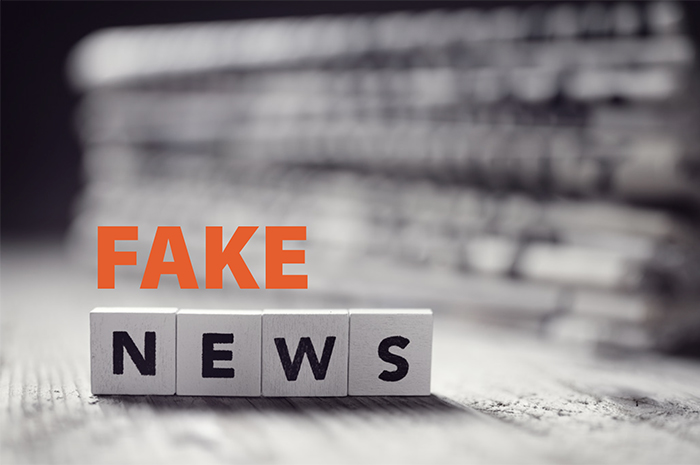 People often want to avoid the news because, sometimes, reality hurts. Recently, some want to tune out for other reasons: they doubt the headlines are about real events or that actual people wrote the stories.

“Fake news” is real. It’s tricky to define, but it’s crucial for teachers to understand. Students often look to teachers for information about how the Internet works. “If they don’t get it from teachers, they’re not getting it anywhere else,” said Matthew Johnson, director of education at MediaSmarts, an Ottawa-based organization that provides media literacy resources. Help is coming for teachers: education programs are offering sessions on the topic. In Ontario, the Association for Media Literacy recently published new tools listing questions people should ask about fake news.

Originally, “fake news” meant stories published to drive traffic to websites so the owners could make money. The information was false; the writers knew this. Their only goal was financial. The term gained popularity during the 2016 U.S. presidential campaign—and is now often used to describe hyper-political sites.

“Because the beat evolved so quickly, the term ‘fake news’ specifically has sort of been devalued,” said Jane Lytvynenko, a reporter with BuzzFeed Canada who has been writing about fake news since November 2016. (BuzzFeed avoids the term unless referring to material that fits the original definition, Lytvynenko told TEACH. This article uses it throughout to avoid confusion.) The term may be devalued, but the trend matters. “It’s an ethical problem,” said Johnson. “These stories wouldn’t spread if people didn’t spread them.” They spread on social media, where users are “broadcasters as well as consumers of news,” said Johnson. “We have an ethical responsibility to make sure that a story is legitimate before spreading it to our peers.”

In November 2016, Stanford University’s History Education Group released “Evaluating Information: The Cornerstone of Civic Online Reasoning.” The study evaluated middle-school, high school, and undergraduate students’ ability to interpret information online. For example, students were asked to decipher between traditional advertisements, native advertisements (articles that companies pay for, often called “sponsored content” or “advertorials”), and news articles; or discuss if tweets were reliable sources of information on controversial subjects. Their assessment? “Bleak.” “We were taken aback by the students’ lack of preparation,” the authors wrote, noting they often changed tasks during the development phase to make them easier for students.

Fake news is more than stories. The term is a “rhetorical device” or “code,” said Tami Oliphant, who teaches library studies at the University of Alberta. People from all backgrounds use it to describe stories they disagree with or don’t like—even if the information’s true, reported by established and reputable news organizations. The term creates distrust. People hear something is “fake news” and may assume it’s incorrect, even without hearing the news itself.

It’s part of a larger trend. Oxford Dictionaries declared “post-truth” 2016’s word of the year. The adjective describes circumstances in which “objective facts are less influential in shaping public opinion than appeals to emotion and personal belief.” In other words, people use emotions, not facts, to determine truth. Which means to teach about fake news, teachers need to start with facts. This begins by helping students understand real news.

Students often repeat headlines or what they’ve heard on the radio or television. Their knowledge of a situation is likely not deep, said Jonathan Tilly, a Grade 5/6 teacher at Toronto’s Hillcrest Community School who regularly discusses the news with his students. Teachers can’t simply encourage students to read past headlines, he said. Articles aren’t written for children to understand; if students don’t know the context, reading the full piece may not be helpful, he said.

Understanding the news is “like any skill or any art where you have to learn it, and then you play with it,” said Tilly. He contributes to www.teachingkidsnews.com. The site, developed by Joyce Grant, a Toronto-based freelance journalist, publishes articles about news events written in kid-friendly language. Articles come with questions, often written by Tilly, that teachers can use to start conversations with students. These conversations need to include explaining the “spectrum” of news, said Joyce Grant.

Web addresses of fake news stories can provide clues. Grant encourages teachers to look out for sites with “.ru” or “.co” in the address. These stand for Russia and Colombia, respectively. Some addresses deceptively resemble legitimate news organizations, but have an extra .co after the .com. Type suspicious URLs into a search engine. Look for an About Us page on these sites. Search suspicious headlines. If something is true and noteworthy, multiple, respected news organizations will report it. Search images, too.

Teachers, like anyone, should turn to various, reliable sources for news. This can provide more information about a story, and determine what perspectives are missing. Teachers should consider some “non-traditional” sources. Grant consulted with professional journalists when assembling recommendations of trustworthy organizations. Industry titans like The New York Times, The Guardian, BBC and CBC made the cut—along with Teen Vogue. (Grant included the latter because of its recent coverage of racism and immigration, she said.)

One organization leading the way in exposing fake news is one often criticized for contributing to the Internet culture that’s helped fake news rise—BuzzFeed. It gained popularity through listicles and quizzes, but now has an extensive news division. “Yes, we serve the dessert with our quizzes and our cat posts,” said BuzzFeed reporter Jane Lytvynenko, “but we also serve the nutrients or the dinner with our news.” It’s similar to traditional media publishing horoscopes or travel stories, she said. Her job, like journalists’ jobs anywhere, is actually “boring”—it involves many spreadsheets, she said, but no conspiracy theories. “If there is a journalism group chat somewhere out there conspiring against something or for something, I definitely wasn’t invited.”

These seemingly uninteresting research methods—verifying sources and reading documents carefully—can disrupt what makes fake news powerful: their reliance on instant, emotional responses like fear, outrage, or smugness. These responses are “red flags,” said Grant. Fake news needs these reactions to survive; it circulates mainly on social media, a platform where emotional voices gain popularity. “Before you react to it, get in the habit of asking yourself a question,” said Jason Harley, who teaches ­­education psychology at the University of Alberta. This can help separate facts from opinion. It also gives people a chance to pause before sharing something.

Teachers should challenge students to consider why they agree or disagree with information— fake news or otherwise. People are naturally drawn to information that agrees with their beliefs. That’s not necessarily bad, said Tami Oliphant. People can’t digest all available information; they need filters. It becomes dangerous, though, when people never challenge their assumptions, or think critically about what they’re consuming. When teachers ask students why they believe certain things, it encourages them to be more reflective, said Oliphant.

Discussing fake news can help students become critical, or skeptical, consumers of news. This means asking good questions, and not letting media “wash over” them, said Grant. However, when tragedies dominate the news—even legitimate news—tuning out everything becomes tempting. This can lead to cynicism, disregarding everything and believing nothing is true, said Harley.

Teachers need to consider students’ emotions. That’s why many advise against describing fake news as “lies.” The stories are lies by definition, but calling them that can stir up more negativity. Teachers need to use this awareness when discussing any tragedy. As a rule, Teaching Kids News does not publish articles about violent events. Parents should discuss these events with children, and there’s no guarantee a parent will be present when a student is on the site, said Tilly. These topics can’t be completely avoided in the classroom either—whether it’s talking about history or current events. Tilly tries to be as honest as possible with his students. He tells them he doesn’t always understand why certain things happen; that living in a violent world “hurts.” But he doesn’t want to leave them hopeless and overwhelmed. “I try to encourage in everything that they do, whether it’s big or small, that they try to find compassion and kindness,” he said. “Because that’s what we deserve as individuals, and that’s what our world requires.” That’s especially true in a world of fake news.

Meagan Gillmore is a freelance writer in Toronto.