Taking STEM Outside the Classroom 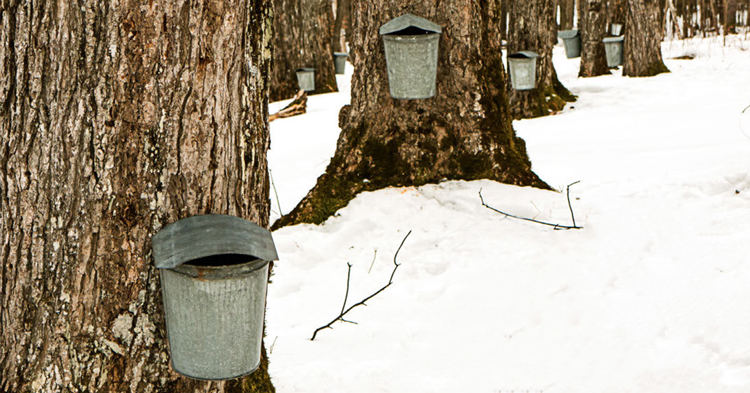 A survey by the National Association of Independent Schools found that 82 percent of high school students are sometimes or often bored in class. Todd Ablett has a simple solution: get them out of the classroom—and into the workshop.

As the chief robotics instructor at West Vancouver Secondary School, he enters a student team each year in the VEX Robotics World Championship. This year his kids finished fifth out of 15,000 competing teams. Through competition, “the kids get to become real experts at something. They take their programming and building to a very high level,” he says.

Across the K–12 spectrum, STEM educators are looking for ways to take science out of the classroom and make it come alive. In addition to robotics competitions, they are partnering with the industry, teaming with universities and seeking a range of other creative ways to make STEM more than just a textbook exercise.

As head of the science research program at Lincoln High School in Yonkers, NY, Dean Saghafi works in partnership with the Sarah Lawrence College Center for the Urban River at Beczak to give kids first-hand scientific encounters with the Hudson River—a ubiquitous feature of the local landscape.

“My students have to come up with their own original projects, and they will use the university’s equipment to measure conductivity, salinity, dissolved oxygen, pH, and water quality,” he says.

By leveraging the university’s sophisticated hydrometers, spectroscopy equipment ,and other high-end laboratory assets, Saghafi is able to take kids beyond the basic classroom understanding.

“The hands-on activity really fosters their interest. Seeing it live instead of just seeing a lot of numbers on the internet, that really brings it to life,” he explains. “By doing it themselves, [kids] can see what it means to get the numbers, to incorporate their chemistry knowledge with their research skills, so it ends up being an interdisciplinary thing.”

In a separate project, Saghafi teams his kids with biology researchers at the Memorial Sloan Kettering Cancer Center, as well as epidemiologists through the Sophie Davis School Biomedical Education Program—a weekly biomed program of experiential learning.

“The key to bringing STEM out of the classroom is definitely having universities and research institutions that are willing to take the kids and give them research opportunities,” he says.

The natural environment forms an intuitive jumping-off point for many STEM teachers looking to take scientific inquiry beyond the textbook level. Just as the Yonkers kids investigate the Hudson River—a pervasive feature of the local landscape—Maya Crosby takes her students out to tap maple sap. As STEM director of the Allendale Columbia School in Rochester, NY, she leads an annual maple sugaring experiment that combines concepts of agronomy and chemistry to produce over 60 bottles of syrup a year.

“They harvest sap, they render it and they sell it. During the project they learn about the science of syrup production and about food production,” she says. “It has quite a bit of botany, we discuss plant science and why its maple trees produce this sugary substance. There is chemistry involved in turning the sap into syrup. It touches on the kinds of science and quality control you have to take into account when you produce something for a person to ingest. That’s a growing area of STEM.”

Crosby also connects with local industry and higher education in the quest to expose students to “real-world” science. With companies like Kodak and Xerox as longtime local residents, the area is rich with optics and imaging science opportunities.

Partnering with the local community college and university researchers, she has found opportunities to engage students with controllable LEDs, 3D-image projectors, and other technologies that would ordinarily be out of reach. “They get into it at a level that is pretty amazing for lower-level students,” she notes.

A Grade 7 science teacher at Marshall Simonds Middle School in Boston, MA, Tammy Scelsi took her students out of the classroom and into a giant box.

“There’s a 3D printing station where they were printing pieces for a robotics assembly. There is gestural interface technology where kids can take apart a skeletal image of a skull and look at the brain, just by waving their hands in the air. And they had some microscopy, looking at cancerous brain cells and healthy brain cells,” Scelsi says.

Best of all, students get to extract DNA from their own saliva. “If you’re a 7th grader, you’re doing science and you’re spitting. So it’s just great,” she adds.

Most exciting to Scelsi was the chance to see her students interacting with the industry experts. “These are people who actually work in science, who can talk about possible career paths. So at age twelve or thirteen these kids can start thinking: here’s a direction I could go in my life. We don’t often get a chance to bring in professionals from the outside,” she says.

While some look to nature or the industry for ways to connect the dots between science and real life, others take a different approach, using classroom science as the jumping-off point to connect with and even enhance their local communities.

Jaleesa Trapp is a former high school computer science teacher and currently a student and research assistant at the MIT Media Lab in Cambridge, MA. In her previous work as coordinator at The Clubhouse Network in Tacoma, WA, she led her students on an investigation of the local emergency call system, applying scientific inquiry to a specific social end.

Students met with 911 operators and learned that lines are often backed up with non-emergency calls. Then they set out to design an app that allows people to report emergencies without tying up the phone lines.

The project succeeded because it grew out of authentic student interest. “This project allowed students to combine the technical skills they acquired with what they care about in the community. It was important to have student buy-in, and allow them to tell me their interests, instead of telling them what they’re interested in. It also allowed them to find other students in the class who shared their interests,” she says.

The effort took students well beyond the classroom. In addition to emergency operators, they spoke to people experiencing homelessness, youth program directors, and a range of others in their search for a problem to solve.

Some might wonder about the legal and logistical hurdles around these kinds of activities, and in fact STEM teachers who have ventured beyond the classroom say these can be stumbling blocks.

“There are safety concerns, legalities around meeting with kids after school or on weekends. There are also contractual issues around how I can use my time and those can become a limiting factor,” Saghafi says.

Most often the key to surmounting such hurdles lies in having a sympathetic administration. “I’m lucky. My principal and the public schools are very nice to us. If I say I want to take the kids out to measure water samples, I get support for that,” Saghafi notes. “You need to have an administration that is amenable to that kind of stuff.”

For those looking to take STEM beyond the classroom, there are a range of online resources available.

There’s no one right way to move science and technology beyond the classroom. Institutional partnerships, field trips, competitions—all offer avenues through which students may be invited to put aside their textbooks and roll up their sleeves.

At West Vancouver Secondary School, Todd Ablett has one main rule he likes to follow as his students cobble together their robot creations: stay out of the way.

“I advise and mentor and coach, but at the end of the day it is their design and they run forward with it. The hardest thing I have to do is to put my hands in my pockets,” he says. “They may discover that after a month or two that they have gone down the wrong path, but that can be a powerful learning moment, the moment when they ask: now what do we do? In STEM, you have to learn to be fearless about your failures.”

A seasoned journalist with 20+ years’ experience, Adam Stone covers education, technology, g the military, along with diverse other topics.