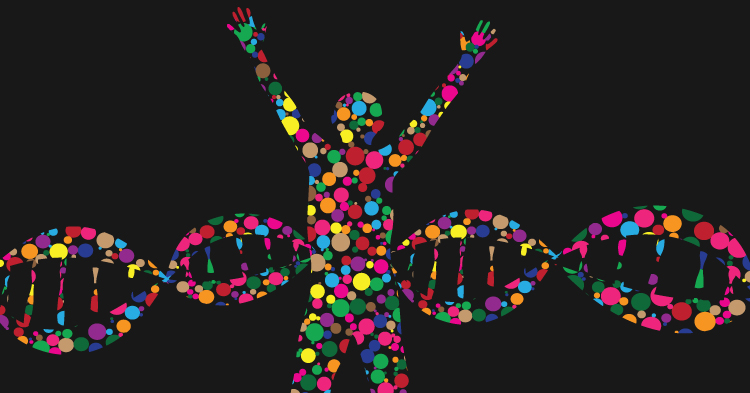 As a transgender man, one of the greatest joys of being a high school teacher has been watching my queer and trans students come out and embrace their identities. A growing number of students are now finding the courage to speak openly about gender identity in their school communities. Often, the response is positive. However, there are also those who deny or disparage trans identities by saying, “You don’t understand basic biology,” or “You’re going against nature.” As a biology teacher, I take great issue with these comments. Biology is the study of a diverse range of living things, and biology affirms all genders.

I am lucky to have the opportunity to teach gender-diversity as it applies to genetics, evolution, anatomy, and physiology. To me, this is not just an opportunity, but an obligation that has made my lesson planning both more difficult and more important. I could easily just copy the old lessons from the previous teacher, but old lessons foster old misunderstandings. Here are my reflections on how to teach biology topics in a gender-inclusive way.

Students can read their teachers’ feelings. Whatever you teach, do it in a way that feels authentic and manageable for you. If you’re new to discussing gender-diversity, it’s OK to start small. Authenticity should be also reflected in content—if you teach content that is not well-represented in the canonical biology curriculum or textbook, make sure the content is based on empirical research.

To start discussions about the complexities of gender, both students and teachers will need some foundational vocabulary:

An online resource called The Gender Unicorn can help students to visualize these concepts and to practice using the vocabulary precisely.

On the first day of my genetics unit, I wrote two sentences on the board:

I got half my DNA from my mom and half from my dad.
Men produce sperm cells and women produce egg cells.

For most of my ninth-graders, these were familiar ideas from middle school science class. Then I asked, “Are these statements inclusive? Do they apply to every person, or are some people excluded?” Manuel was quick to point out that the first statement is not true for children who are adopted.  Jose added that for some people, the ones they call “mom” or “dad” are actually step-parents. There are also same-gender parents. Regarding the second statement, the class already knew that I was transgender and that it did not apply to transgender people. I asked whether we could rewrite the statement as, “People of a male sex produce sperm,” and students realized that even this is not inclusive—what about those who are infertile or past reproductive age?

This discussion made the class aware of how our language can include or exclude. I told students that all families are valid whether related by DNA or not, and all men, women, and people are valid, whatever gametes they may produce. This primed students to use language precisely, and to say what we mean rather than making unnecessary generalizations. We say that eggs are created through meiosis in people with ovaries, not in women or mothers. Similarly, we say that a typical child gets 23 chromosomes from their biological mother, and 23 from their biological father.

Gender-diversity needs to be a recurring part of the curriculum—not a one-time “very special lesson,” an aside, or an extension for students who complete their assignments early. Whether you discuss it daily or once a semester, frame it as a full-fledged part of the lesson. Consistency is also important—themes of gender-diversity in each lesson should match or build upon the previous lesson.

A genetics unit is ripe with little opportunities to revisit gender-diversity. While we were talking about egg and sperm fusing to form a zygote, Ahmed’s hand shot up with some questions: “How are twins made?” and “How come some twins don’t look alike?” After I diagrammed the formation of identical twins versus fraternal twins, I asked, “Can twins be of different genders? What about different sexes?” This was a captivating puzzle. Although identical twins share 100% of their DNA and are almost always the same sex, they can certainly be two different genders if one is transgender. For example, trans actress Laverne Cox has a cis male identical twin who once guest-starred as Laverne’s character, pre-transition. Students were fascinated by this example. It might have been the most exciting and thought-provoking lesson that they learned that day, and it was about gender-diversity.

Discuss gender-diversity as a naturally-occurring phenomenon that is worth celebrating. Consider your language—Do you describe a genetic mutation as a “mistake” in the DNA, or just a “change” in the DNA? Do you call intersex a “disorder”? Many intersex people understand it as a natural variation in human bodies, no different or rarer than red hair, and the preferred term is “intersex traits.”

A unit on evolution is a great time to drive home this celebration of diversity. Variation is an essential part of the modern theory of natural selection. So, I tell my students, being different is not a bad thing; it’s necessary in order for humans and other species to evolve. Look at the vibrant birds of paradise, the stealthy mimic octopus, or the alarmingly clever crow—without variation, none of these traits would exist!

Instead of teaching only about sexual selection in which males compete aggressively for female mates, I include diverse reproductive strategies. With phalarope birds and topi antelopes, females are the ones to initiate courtship. There are three distinct male types in side-blotched lizards, each finding reproductive success with its own body size, hormone levels, and mating behaviour. In a species of tamarin monkey, most families consist of one mother and two fathers to share the child-rearing duties. Students are shocked to realize that all of these reproductive strategies exist and are successful because they increase the chance of individuals passing on their genes to the next generation.

Don’t give your students the illusion that science is a neutral, objective practice. Be sure to mention to your students how Rosalind Franklin’s contributions to understanding DNA structure have been erased from many accounts of history. Assign a reading about the Tuskegee syphilis experiment, or the ongoing practice of performing nonconsensual surgeries on intersex infants. Use your position as a science teacher to highlight and challenge oppression in science practices.

When diverse identities come up in the classroom, always ask about what voices are present and what voices are absent in the conversation. Be aware of your own identity and your privileges. Don’t speak for transgender people, intersex people, or any other group when you have the option of inviting guest speakers, viewing documentaries, or reading their books.

When you give your students agency, they become more invested in learning about gender-diversity. Ask your students to give input on what they want to learn and how they want to learn it. Collect their feedback about how a lesson went. If students are to research genetic-inherited traits, offer many choices of traits with social significance such as dwarfism, BRCA-associated breast cancer, and intersex traits such as Klinefelter syndrome and androgen insensitivity syndrome.

Students can also take the lead in setting the language of the biology classroom. My colleague and friend Lewis Maday-Travis opts to have his class decide collectively on a word, such as “gene-giver” or “egg contributor/sperm contributor” to describe the people who produce the egg and sperm that fuse to create a person.

The Impact on Students

I was an apprentice teacher the first time I worked up the courage to talk about gender-diversity in the classroom. In a lesson about nondisjunction during meiosis, we studied a few chromosomal intersex traits. I briefly said to the class that your gender identity is self-determined and independent from physical sex. I was so nervous that a student would challenge me, or that an administrator would burst in the door. Then I looked left and I looked right, and all I saw were keen smiles and nods. Jack broke the silence with a question, and he stayed after the bell to chat about the evolution of homosexuality. As a bisexual student, Jack longed to see himself represented, even just once, in the science he was learning.

From that day forward, I have taken every chance to teach about gender diversity. I was initially worried about making the content too complicated. Looking back, that wasn’t an issue. Teaching the complete science upfront, for a topic like reproduction, is much easier than teaching an oversimplification and then tacking on exceptions.

My gender-inclusive lessons see high student engagement and go on longer than planned because of students’ endless curiosity. Sometimes, it’s the quiet students who don’t normally shine in science class who have the most ideas to share about these topics. LGBTQ+ students tend to smile, nod, and sometimes sigh with relief when they realize that we’ll be celebrating rather than erasing diversity. Each year, I see more LGBTQ+ students make the courageous decision to come out, with the trust that their identities will be affirmed in my classroom.

Sam Long (he/him) teaches biology at an urban high school in Denver, Colorado. You can learn more about Sam’s work at sam-long.weebly.com.