The End of Discipline in the Classroom 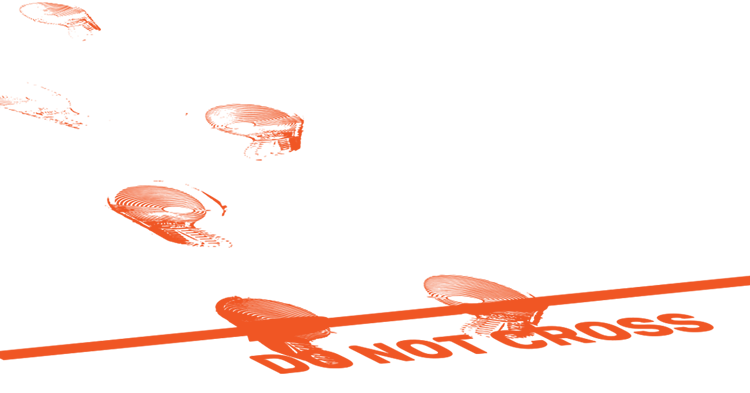 This is the article where you’ll read about the end of discipline—at least as you’ve always known it.

Sure, kids will still act out, and we’ll offer practical tips on how to deal with that, but the current thinking on discipline is preemptive, rather than reactive. Change how you run your classroom, experts suggest, and discipline issues will no longer be a problem.

“This is 2020. Why are we still talking about discipline?” asks Joanne Robertson-Eletto, a professor in the Master of Science in Teaching Literacy program at Touro College’s Graduate School of Education. “Even the word—discipline. That sounds like the paddle they gave my mother when she started teaching in the 1930s.”

What does Robertson-Eletto offer instead? “It might sound soft and fluffy, but when you approach students with a focus on respect and dignity, there just are no discipline issues. They will do whatever you ask them to do,” she says.

She’s not alone. There is a growing consensus among experts in the field that teachers who take the time to build stronger relationships with their students can markedly reduce the classroom disruptions that too often mar the school day. This approach can also make teachers more effective in dealing with any acting-out behaviors that do occur.

Jessica DiBiasi has seen her share of classroom tumult.

“I’ve taught in a school where I had to pat a girl down every day because she was stealing things and bringing things to school that she wasn’t supposed to have. I’ve had a first-grader who had very violent tendencies and almost broke my arm. He tore apart my classroom, attacked children,” says DiBiasi, who is presently on maternity leave from her job teaching 5th grade special education at a Bronx, NY, public school.

She tried the usual remedies—the warnings and consequences. What finally worked? Getting to know the kids.

“No child is just lazy or just naughty. There’s always a reason that it is happening. A lot of negative behavior is attention-seeking, kids looking to get a rise out of other children or who can’t get enough attention at home,” she says. “When you can identify the ‘why’ behind the behavior, when you show compassion and try to get to the bottom of it, then you can make meaningful change.”

One student would constantly sit with arms crossed, silent. “To a teacher it looks like defiance,” she says. “But I took time to speak to her mother, I got her back-story and came to find out that this was her first year in a special education setting and she was worried about the stigma that was created around that. She shut down because of those feelings, and I was then able to find ways to help her feel smarter, to be more tender in my delivery to her—and she started to open up.”

That’s just one teacher’s story, but many experts echo this view.

“Most discipline problems can be avoided ahead of time by having the right classroom environment,” says Ron Berger, chief academic officer at EL Education, a 25-year-old non-profit school improvement organization.

That “right” environment is one of mutual respect and understanding between the kids themselves, and between student and teacher. Rather than a vague ideal, Berger describes this as a practical, achievable ambition. It starts with dialogue, teachers encouraging kids to talk about their feelings.

“By talking about their emotion, kids can learn how to manage those emotions. So you actually have the kids discuss how we treat each other and how we deal with it when there is a problem or when someone’s feeling gets hurt,” he says. “Then when kids get frustrated and upset, they know how to talk about it, they know how to use their words to calm themselves down and to help their peers calm down.”

At educational consultancy Conscious Teaching, consultant Katie Anderson says teachers may need to make a mental shift in order to adopt this way of working. “The biggest thing that helps is having the proper mindset,” she says.

“That means understanding that the things they do that drive us nuts are not personal. It’s easy to take it personally, but typically they are testing us. And they want you to pass the test! They are looking for safety and structure in the classroom. They don’t verbalize that, but that is what all kids crave,” she says.

A teacher who views behavioral issues through this lens will be well-positioned to head off the acting out before it becomes a matter of discipline.

By necessity, the approach requires the teacher to take a highly individual approach to discipline. Advocates say the typical hierarchical strategy—warnings, loss of privilege, a visit to the principal—is simply too cookie-cutter. By tackling discipline on a student-by-student basis, they say, teachers can manage classroom behaviors more effectively.

Robertson-Eletto saw this play out in a classroom where a boy was routinely acting out. “He lives with multiple family members in a one-room apartment, he doesn’t sleep well, he doesn’t have breakfast before school. So this kid is jittery, he doesn’t trust easily,” she says.

Punishments would only have worsened the situation. “You want to redirect that student, maybe direct them toward independent learning or buddy learning or a project approach,” she says. Rather than talk about consequences, “the conversation needs to be about classroom communities that promote empathy, tolerance, respect, purposeful learning, and the individual dignity of the child. It’s all grounded in respect, in nurturing relationships.”

However, not everyone views this approach as an effective next wave in classroom management.

“Obviously great teaching that engages the kids will reduce the need for discipline. If every first-year teacher in a low-income classroom could be a great teacher on day one, that would be great. But if we could do that, we would have done it by now,” says David Griffith, a senior research and policy associate at the Thomas B. Fordham Institute.

“No one is against good classroom management—that’s not the point. But everyone needs a Plan B, a ripcord to pull when it doesn’t work,” he says.

The current thinking on discipline emphasizes a personal connection between teacher and student. Sometimes that connection breaks down or can’t be established. Even in the best classroom, kids will act out. What then? What’s Plan B?

Since most acting-out is often connected to attention-seeking, DiBiasi uses that knowledge as her starting point. “If they are not hurting anyone but just being disruptive, I will turn my attention away from them completely,” she says. “Then as soon as they are sitting quietly, that very second, I will compliment them for that behavior. That works great in the moment. When you don’t react, they tend to reevaluate, and as soon as they are quiet, you reinforce that instead.”

Sending kids to the principal tends to disempower the teacher and weaken the student-teacher bond. Still, some see a role for school administrators in helping to curb the most common discipline issue: kids who won’t put their phones away.

“It helps when there is clarity about that: absolutely no phones in the classroom or telling them you have to check your phone at the front door,” says Karin McKie, an independent educational consultant in Chicago. “If that comes from above, then we are all on the same page. There is always a lot of emotion attached to enforcing rules, so if the rule is clear and non-emotional it’s a lot easier for the teacher to enforce that rule.”

McKie says that the phone can also be a teacher’s best friend when it comes to handling discipline issues at the moment they arise.

“You can fight fire with fire: kids live in an ‘immediacy’ culture and so you respond with immediacy. You say, I have your parents’ text on my phone. Do you want me to text them right now?” she explains. “For some kids that is the ultimate threat. It works best when the parent is actively involved and can be used as a positive lever.”

In reacting to a child’s misbehavior, Berger explains that one key strategy is to give the kid a way out of the corner. Harsh punishments and escalating measures can be humiliating, “and if you are humiliated in front of your peers that just breeds anger,” he says.

This approach to discipline, sometimes called restorative justice, “gives the kids a chance to work their way out of the corner they got into with their bad choice,” he says. “You give the children a chance to talk about what they felt, and the restorative piece is to then [ask]: What can you do to make up for that? How can you heal the damage from your bad choice?”

Those are some on-the-spot fixes. In addition, there are some systemic things that could help teachers get ahead of the discipline curve.

Experts urge teachers to have kids collaborate on the classroom behavior policies: get their buy-in up front, and they’ll be more likely to comply. They say that a steady flow of communication to parents can help too, while a strong reciprocal relationship between teachers and administrators can serve to establish a consistent school-wide culture of respect.

Know what else would help? Money.

“Right now, discipline reform is an unfunded mandate. You are asking teachers to solve society’s problems with no additional funding,” Griffith says.

How would dollars make a difference? “You could have an experienced teaching assistant in every first-year teacher’s classroom. If you need mental health professionals, hire them,” he says. “If you are not willing to pony up for those things, then maybe you don’t care as much as you say you do.”