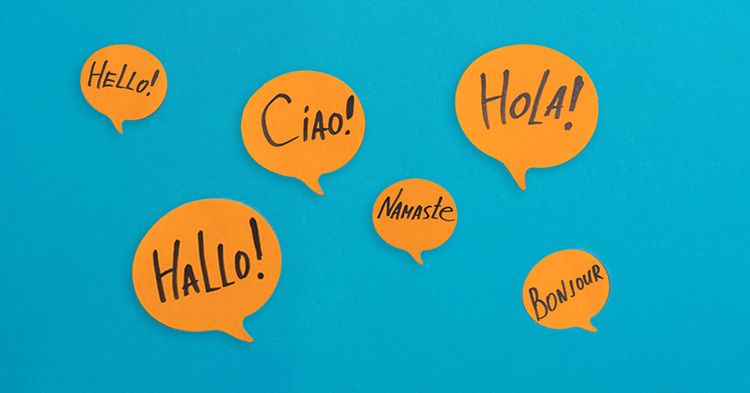 Head to the grocery store and you’ll see shelves of products with French and English labelling. Fill out a passport application in either language. Type in a federal government URL, and you’ll be asked if you wish to proceed in French or English. It’s second nature to expect that Canada is—at certain levels—bilingual, but it wasn’t always that way. If you were a member of a minority living in British Columbia in the early 1960s, filling out tax forms or finding schools that taught in your native tongue was unheard of.

The purpose of the Official Languages Act, enacted in September 1969, was to ensure federal services were offered in both French and English. (For that reason, government also sought to increase the number of Francophones working at the federal level.) This led to the establishment of parallel programs, such as French-only education in Anglophone communities, French immersion for English majority groups, and funding for minority representatives who, in turn, were able to advocate for better policy and more funding.

“The Act is fundamentally important, especially for linguistic minorities, whether they be the English speakers of Quebec or French speakers elsewhere, in terms of access to government services,” says Matthew Hayday, professor of Canadian history at the University of Guelph in Ontario. Now, we can all sign up for a new passport or (reluctantly) talk to a Canada Revenue Agency representative in either language.

The Act has made a lasting impression in terms of services and education, though we still have a lot to figure out. “We have evolved in our perspective and sensibilities,” says Serge Dupuis, historical consultant for RRCDupuis and associated member of CEFAN at l’Université Laval in Quebec. Fifty years ago, there was a lot of tension between French and English groups. “I think there are lot of conversations that we couldn’t have had 50 years ago that we now can have in a more calm and respectful manner,” Depuis says.

(It is worth noting the rate of bilingualism in the “bilingual belt”—parts of New Brunswick, parts of Quebec, and parts of eastern and northeastern Ontario where contact between the communities is the highest—hasn’t changed, explains Dupuis. Those regions were the most bilingual in the 1960s and still are today.)

Half a century ago, large parts of the country offered little or no French language access or instruction, and that affected the ability to gain higher education. For example, only 3% of Franco-Ontarians reached university in the 1960s, points out Dupuis. “And now you have some of the most vibrant chapters, some of the strongest interest and friendly terrain for French language and education,” says Hayday.

When the Act came into effect (and with it, funding for education), Quebec was ahead of the curve. “Quebec has long provided far better English education than any of the other provinces have provided French,” Hayday says. “It was up to English Canada to bring things up to the Quebec standard.” In some ways, that still stands. There are currently three English-language universities in Quebec. “It is far easier for the average English speaker in Quebec to do their entire schooling in English, from kindergarten to university, than it is for a Francophone elsewhere.”

In general, English minority groups living in Quebec have fared well. They can enroll their children in every level of English-only schooling. They can catch the newest film on a Saturday night in English and watch English-language news broadcasts. They can join sports teams that are English-oriented. Of course, they can also do boring stuff like taxes and fill out passport applications in English. They can even converse with many store clerks or Metro staff en anglais.

The greatest jump in bilingualism has been amongst Franco-Quebecers: 45% speak English now, compared to 20%, 50 years ago. These positive aspects are also present for Anglophones and Francophones in New Brunswick, the only officially bilingual province.

The same cannot be said, however, for minority Francophone groups en dehors de la Belle Province. Yes, of course, they can apply for passports or marriage licences or do their taxes in French. However, even in large urban areas, you can’t find a French-only soccer team. It’s not every Saturday night you can catch un film français at the local theatre, and transit staff are more likely to speak Punjabi or Mandarin than French.

There is a lack of access to French-only education in some areas, especially at higher levels. “Outside of the province [of Quebec], you’re basically looking at bilingual universities, not stand-alone French ones, or French colleges that are affiliated with an English-language university,” says Hayday.

“Not offering them [schooling] in their [native] language is also not providing them with the means for social ascension,” says Dupuis, who, as a Franco-Ontarian, can speak to this personally. His grandfather didn’t obtain his high school diploma because his parents couldn’t afford to continue sending him to a private French school in the 1950s. He failed his courses when he reached Grade 13. His father was not able to become an architect as he wanted because he failed his English classes at the University of Waterloo. “Those are two generations! I did obtain a doctorate because I was able to study and work in French,” Dupuis says. “And that was the big difference.”

Canada is associated strongly with bilingualism, both within our borders and outside them. “There is a very strong cultural dimension in terms of reinforcing that French has this particular status in Canada,” Hayday says. When newcomers aren’t able to easily enroll their kids in French or immersion, they are often dismayed. New Canadians are very open to bilingualism, agrees Nicole Thibault, executive director, national, at Canadian Parents for French (CPF). “They always tell us if their kid is going to learn one official language, let’s just have them learn both.”

A recent cross-Canada project called Bonjour My Friend, organized by a third-party program and funded by the federal government, found the majority of Canadians are very happy with the fact that Canada has two official languages. Specifically, Anglophone majorities recognize and celebrate Canada’s two official languages, though they may not speak French themselves. Many expressed interest in learning French one day, or regret forgetting the little they learned in high school.

Of course, there are concerns about access, says Shaunpal Jandu, who was a consultant on the project. “But at the end of the day, knowing a second language is a skill you can learn. It’s not something you’re born into, it’s not a skin colour, it’s literally something you can learn how to do the same way you might learn a trade or go to university.”

Despite the gung-ho attitude, the duality of bilingualism may be limiting. Jandu noted many people questioned the value of French per se versus Mandarin, Punjabi, or one of the other top five international languages. Maybe, our society is one that has many language groups, including Indigenous, French, English, and immigrants, and that creates a common political community.

“It’s a more complicated way to depict Canada,” Dupuis says, “but we might be coming to a point where we are recognizing that it’s a more appropriate one than the ideal we have set out.”

That ideal stems from Pierre Trudeau’s vision based on Lester B. Pearson’s Official Languages Commission of the mid-1960s: if government provided French-language service and education across the country, everybody could become bilingual. Dupuis feels that view is somewhat utopic.

“I have many family members who did kind of succumb to this subtractive bilingualism and therefore were bad in English and lost their French, which is not helpful,” he says. Most medium and large cities in Canada provide some access to French language education and immersion programs. “In a way it’s very impressive,” Dupuis says. There’s been a lot of progress on the French services and education fronts and it has helped a lot of communities. “The downside to that is there are proportionally more Francophones who will lose their language during their life than there were in 1971.”

Dupuis attributes some of this to inter-language unions. “Most francophone minorities marry anglophones now,” he says. When French is a language of that household, cultural preservation tends to be between 70 and 80%. If the family only speaks English, that rate falls to 10 to 15%. “We say that Canada has two official languages and they are equal in status, which, officially, in principal is true,” says Dupuis, “but in practice a lot of things that compromise that power dynamic continue to exist.”

Outside of the family setting, and among majority English-speaking communities, support for immersion education specifically has been fairly strong. CPF found 84% of Canadians believe youth should have access to learn their second language if they want it. Canada saw a 52% increase in French immersion enrollment between 2003 and 2013.

“Parents and groups want their kids to be fully participating in what we consider a bilingual country,” says Thibault. As it stands, there are 490,000 kids enrolled yearly in French immersion. “We could fill another hundred thousand with the demand of parents.”

While a number of strides have been made, the scale still sits more heavily in favour of the Anglo minority in Quebec and the Anglo majority elsewhere. “Despite the fact of this act being in place for 50 years, community leadership has to continue to fight tooth and nail for the gains that they’ve made,” Hayday says of Francophone minorities. “Vast improvements from the past, but it’s this ongoing struggle.”

Nevertheless, the Act has done a lot of good for bilingualism in the public service and in other areas such as education. “A little bit of humility is not a bad idea,” Dupuis says. Celebrate what can be celebrated, and recognize that aspects with which we are not comfortable need attention. The truth of the matter is, we are only now seeing the product of these changes that started 50 years ago.

Martha Beach is a graduate of Ryerson University’s journalism program. Currently, she is a freelance writer and fact-checker in Toronto.