Teaching from Behind a Screen 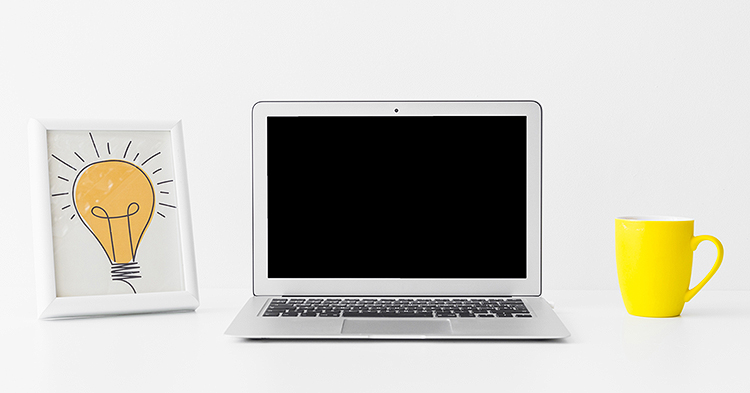 In March 2020, we received a rather cryptic message from our Technology Director: “Bring your computers home during the break, just in case the situation changes.” As it turned out, there was a big change. Instead of going back to the classroom after March Break, the school where I teach French Immersion immediately began giving lessons online through Google Meet.

I kept the exact same timetable as I had in person, with five teaching periods from 8:30 a.m. to 4:00 p.m. Business as usual for my students, whose families invest heavily in their children’s education. It didn’t take long, however, to realize that teaching behind a screen is not the same as teaching in a school. The classroom had shrunk to the size of a laptop. The pace was slower. Students were more distractible and more passive.

There were a dozen more frustrations that could only be countered with patience and creativity. However, before I share some of them, let me acknowledge the unusual privilege of my teaching environment. No student had to try to follow the lessons on a phone screen, or miss any because a sibling needed the family’s one computer. Still, despite being well-resourced, screen-teaching wasn’t any easier.

The greatest frustration for me was having my three-dimensional classroom reduced to a thirteen-inch screen. In class, I can tell at a glance that Daniel is not on the right page, or that Sydney is still on question four. I can read mood and energy levels. The students can see my face and the board at the same time, and see the anchor charts on the other walls as well.

When I’m teaching through Google Meet, it’s like I’m staring through a chink in the fence and can only see a sliver of the yard. When the students are working on individual Google Doc assignments, I can only view one document at a time to check their progress, whereas in a classroom I can quickly see who is on-task or who needs my support. If I’m sharing my screen and pin it to make it bigger, I can no longer see the students’ faces. Those “eyes in the back of our heads” for when we’re writing on the board don’t work for screen-teaching. The reverse is also true: if students pin my shared screen, then my face is reduced to a tiny thumbnail on the side. And if they want to ask questions in the chat, that sidebar takes up at least a quarter of the screen’s real estate.

Two weeks into online teaching, the school’s directors realized that both students and teachers would burn out if we tried to replicate the school experience at home. Sitting in front of a screen was more exhausting than sitting in class for the same length of time. Eyes grew tired from the blue light; brains grew tired due to the barely perceptible lag between the video and audio. On-screen, a person’s body language is a split-second behind their words, and our brains have to work harder to compensate for the delay. The directors wisely reduced our 70-minute class periods to 50 minutes. We’d cover less content, but would be able to make it until summer without losing our sanity or our eyesight.

Another frustration was not being able to monitor the user experience. I could pin my shared screen on my computer, but were my students doing the same? I could tell them where to locate a document in our Google Classroom, but were they opening it? I showed them how to display two windows side by side on their screens so they could see the text and the questions, but were they still jumping between tabs?

What about student distractibility and passivity? Once a student left his microphone on and I could distinctly hear the sounds of a popular video game. When the devices students typically use for gaming or movies become their classroom, the boundaries between work and play get blurred. I would give a short lesson and be disappointed by the discussion following. Were the students even listening to me? I had no way of knowing.

Then I began to put students into small groups of three or four on separate Google Meets (because the folks at Google didn’t figure out how to add Breakout Groups until October 2020). Students were still slower to engage than in the classroom, but at least we could sort of replicate the feeling of group work.

Screen-teaching isn’t easy, but I did figure out a few things that helped. First, I kept my expectations high. I assumed students would accomplish the day’s task and coached them by monitoring the work they were doing in real time as much as possible. At the same time, I began expecting to do less. I found covering a page of conjugation or grammar took double the time online as it did in class. More than ever, it was a time to focus on quality over quantity.

Something else I started doing was explicitly teaching computer skills. Just as I would model what I wanted from students in class, I also modelled for them what I wanted their screens to look like. Most kids are familiar with apps, but aren’t truly computer-savvy. I focused on building in interaction time as well. This was crucial especially for teaching students I’d never seen in the flesh. It was good just to chat with them at the beginning of a lesson. My middle-schoolers were less confident talking about Molière, but glad to tell me about their pets.

My parting thought is on the irony of being forced to teach through screens in the middle of a labour dispute in Ontario, where teachers were fighting against online courses. While the Province may feel vindicated by the fact that they are offering full-time online school, teachers can feel even more vindicated by the turn of events. For so many reasons, we now know for certain that teaching through a screen doesn’t even come close to the quality of in-person classroom teaching. So hats off to all the thousands of colleagues still stuck behind their computers. It won’t be forever.

Carolyn Johnson holds a Bachelor’s degree in Linguistics from the University of Toronto and has been teaching French since 2012. She also blogs at OutsideOfADog.ca.