Who is WHO? Examining the Role of the World Health Organization 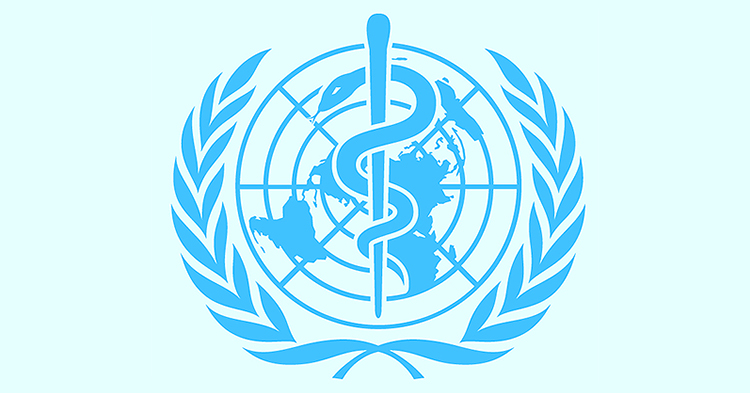 As the COVID-19 pandemic continues to unfold, it is affecting every aspect of life, from jobs to health to education. For teachers, the challenge began last March when schools closed down, forcing them to scramble to provide online learning.

For Toronto high school art and tech teacher Renee Bucholtz, not being at school was difficult. Not only did she find it hard to adapt art to online instruction, but she “really missed the interaction with the students.”

A new challenge presented itself this summer when provincial education ministries announced classes would resume in person in September. While Bucholtz was happy about going back to class to see the students, at 61 with a few underlying health issues, she’s at risk. “It’s a hard one—I feel safer working at home but happier working at school.”

“I was on Facebook checking in with my various teacher’s groups from all over North America and Europe,” she says. “There was a lot of discussion worldwide about how they’d either done or were going to do reopening.” But she also spent time on the World Health Organization (WHO) website since almost everything she read and heard referenced the organization.

One of the WHO’s leading epidemiologists, Dr. Maria Van Kerkhove, says “there’s a lot of considerations that need to be taken into account when deciding whether and how to open schools. It’s not just a matter of if they should open, it’s how they should open. And there’s a lot of detrimental effects to children who are not in school.”

Health is a Human Right

Three years in the making, the WHO was formed in April 1948 as part of the United Nations, and during a period of idealistic globalism that came after the Second World War. It promotes health worldwide, with the goal to ensure a billion more people have universal health coverage. One of its beliefs is that “health is a human right and all people should enjoy the highest standard of health. This aspiration towards better health for everyone, everywhere has guided the organization’s work ever since.”

That same year, the Universal Declaration of Human Rights was also established and it stated that health was a fundamental human right. Relatedly, the WHO moved to recognize human health as “fundamental to the attainment of peace and security and dependent on the fullest co-operation of individuals and states.” The organization believed good physical and mental health would lead to increased social stability and reduced incidences of war—in other words, peace. These foci make the WHO’s role especially important and relevant in today’s global health situation, where COVID-19 appears to disproportionately affect the poorest and most unstable regions.

The organization culls its information from a variety of resources such as global decision makers, and government agencies and ministries. As well, other stakeholders that engage with the WHO include, “foundations, intragovernmental and nongovernmental organizations, civil society, media, professional associations, and WHO collaborating centres.” There are over 800 WHO collaborating centres across the world, where the WHO partners with organizations like the Public Health Agency of Canada (PHAC) and the Centers for Disease Control and Prevention (CDC).

Since its inception, the WHO has been responsible for unprecedented global initiatives in public health:

Canada, which has a special interest in social determinants of health, has worked closely with the WHO on tuberculosis and polio eradication, as well as maternal health initiatives. And beginning in 1956, the CDC’s Influenza Division has served as a collaborating centre and “is the largest global resource and reference center supporting public health interventions to control and prevent pandemic and seasonal influenza.”

Ever since the WHO officially declared COVID-19 a pandemic on March 11, 2020, leading to a global response, researchers and scientists have been working feverishly to find a vaccine. The virus is so new, however, that it’s taking time, and some of the research changes.

That’s certainly influencing teachers, like Renee Bucholtz, who says there’s more information she’d like to have. Like, how well teenaged students will comply with mask mandates, how older schools can ensure better ventilation, and what the infection risks and transmission rates are in children.

Currently, the WHO is working with individual countries to study COVID-19 transmission in schools. What they’ve found as of this writing is that kids up to the age of 18 represent 8.5% of reported infections, even though that age group represents around 30% of the global population. The larger sphere of contacts that most children have—school and community—is something that needs further study to better assess the risk of infection and transmission. The WHO recommends precautions to minimize risks, especially for those with underlying conditions such as chronic respiratory illness, obesity, diabetes or cancer. Kids’ incubation periods are the same, with symptoms usually appearing about 5-6 days after exposure, but ranging from 1-14 days.

The WHO admits transmission in kids isn’t well understood, mostly because kids tend to have milder and fewer symptoms. Early data suggests that teenagers’ infection rates are higher than younger children and some studies suggest that schools reopening might have a small effect on greater community transmission.

The bottom line is that schools must communicate closely with public health agencies. And they need to enforce physical distancing, limit mixed age groups, stay-home-when-unwell policies, and consider staggered recess and lunch breaks, as well as screening options on arrival. Students and parents must be kept informed about safety measures, including immunization checks. And essential services such as school meals and mental health supports should continue.

While the WHO recommends use of masks, those are mandated at a local or national level. There is plenty of advice on the website, though, about proper use, how to sew, and the safety difference between fabric and medical masks.

Another factor in reducing transmission is proper ventilation. The WHO recommends that, in addition to consulting HVAC professionals, open windows if possible, increase the percentage of outdoor air to as much as 100%, and increase total airflow to classrooms. As well, increase ventilation rates through natural or mechanical means, preferably without recirculating the air. And if air is recirculated, filters should be cleaned regularly.

Many questions have arisen about antibodies, whether a person is immune after having COVID-19, and for how long, and how soon an effective vaccine is coming. In an early briefing, WHO officials stressed that early studies point to lower-than-expected antibody levels against the disease within the general population, meaning that most people remain susceptible.

In the race to find an effective vaccine, the WHO strongly urges global cooperation, and has spoken out against “vaccine nationalism,” urging leaders to share what they know and develop.

If the world shares its knowledge and tools, says WHO Director-General Dr. Tedros Adhanom Ghebreyesus, the world will recover faster together and “economic recovery can be faster and the damage from COVID-19 can be lessened.”

On global health issues, the WHO, arguably, has the last word. However, in recent months the organization has been attacked and its advice ignored by some countries.

Dr. Clare Wenham, a Professor of Global Health Policy at the London School of Economics, said in a Guardian article in April 2020, that as the virus continues its unrelenting surge through the world, the WHO has become less important. That’s because “No one is thinking about reducing the global numbers, only their own. The WHO is a global force, but people aren’t thinking globally.”