Why Students Hate Writing (From Someone Who Teaches It) 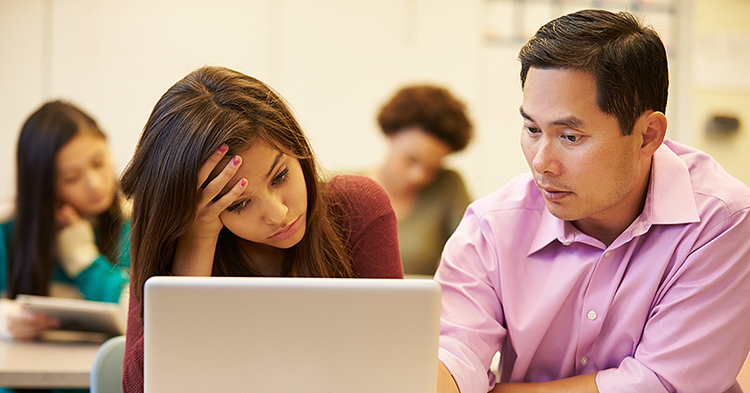 I love literature. That’s why I became a high school English teacher.

Recently, my sister asked me to help edit an essay as part of her medical school application. My sister, just as a brief disclaimer, is a borderline genius. Perfect GPA. Multiple college scholarships. Her task was to explain why she wanted to become a doctor. It couldn’t have been any simpler. I did my part as the English teacher: corrected grammar, fixed passive voice issues, made things sound pretty, and all other typical “make this good” writing help. What confused me however, was that this portion of the application stressed her the most. “I suck at writing. I hate it,” she lamented. I was utterly stunned.

She literally was writing about wanting to become a doctor—her life goal since we were in diapers. How could she hate this? I have come to realize this: it’s not the topic (that my sister could talk about for days) she hated; she, like so many other young people, had been conditioned to hate writing because of the way it was taught.

Every year, almost every student says, “I suck at writing. I hate it.” I hear this phrase far more than “Hello,” “Thank you,” or even “Can I use the restroom?” (Well, maybe not that last one, but you get the idea.)

Students clearly hate writing. This is not an innate human feature. The general hatred of writing is bred into the way students are taught to write throughout their lives. Writing, at its core, is possibly one of the most open-ended avenues in human existence, but it’s taken and subjugated into categories just like math. It’s also graded as such. Teachers assign categorical points from some of the most painstakingly structured rubrics to some of the most subjective topics. It is totally counterintuitive and not fair to the student. I know because I have had to do it myself all too often.

In the rubric, there is a category called “introduction” worth 10 pts, including a bullet point saying something like, “Strong hook that connects smoothly with thesis.” Here is some feedback that is eerily similar to what I have written hundreds of times: “Well, Jace, how you connected the hook to your thesis is pretty weak, so I’m going to have to take off a few points in that category.”

What does “weak” mean? It’s arbitrary. It’s subjective. Another teacher could think something completely different. That is what makes writing beautiful, but now Jace feels his story about turtles in Syria is “bad.” He’s 15! Of course his writing is going to improve the more he works at it, but because he has been told precisely how much his writing is worth from the age of six, Jace hates writing.

Naturally, Jace isn’t going to like being told his writing wasn’t “good” (look at the score), so now he hates it. He shuts down so he doesn’t have to face the feelings that go along with being told that “your ideas are stupid.” That hurts. For anyone. To be told that an original idea you had isn’t very good is emotionally and psychologically worse than getting a random math problem wrong on a test. It makes no sense, so why do it?

“Jace,” of course, is not a real student, but he epitomizes the state of the vast majority of young people in the modern education system. So, what exactly needs to change, and how? Rethinking the rigid grading system is a good start. I’m not saying we should do away with grades, but restructure what is evaluated and how it’s done. It’s really hard to have an exact method and calculated procedure because that is not what literature and writing is, at least not at the secondary level.

Think about the best teachers you had. They were different, and if you think that’s easy, it’s not. A great English teacher needs to be involved, devoted, intensely creative, and a genuinely self-motivated person, because that is what is required by the nature of literature and writing. They should be someone who doesn’t need to fear an impending standardized test to be motivated to do their job because they understand that it is impossible to definitively test.

To understand human nature and communication is confusing no matter your age. Young people need someone at the helm who is exceptionally creative; someone to encourage them to write and flesh out new features of themselves and others; and to consider new thoughts and ideas. That person needs to see most human problems have a lot of answers that can make sense. And that person needs to expose their students to the nature of thought in real ways with which a young mind can connect.

I’ve come to realize this is what it takes to teach students to love writing (at least love it more than they do currently). Not rigid rubrics, and not vague feedback. It’s very hard, but also very rewarding.

Josh Schultheis has a BA from Indiana University. He has been teaching English and writing at Brownsburg High School in Indiana for the past six years.