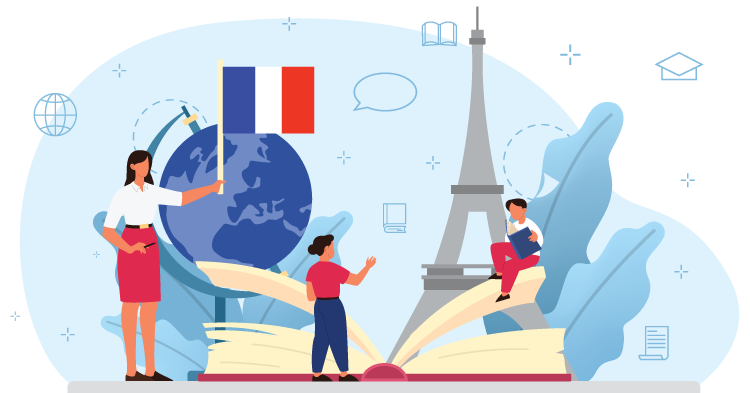 It’s fair to say that languages other than English have never been top of the educational agenda in the U.K., where I live and work as a primary teacher at an inner-city school. Once upon a time, it was compulsory for all students to study a Modern Foreign Language (as we call them here) until the age of 16. However, students are now only required to take a modern language until age 14. This has led to a significant decrease in the number of students who continue their second language studies as far as university. The view that English is “enough” seems to prevail.

Then in 2014, changes to the country’s National Curriculum made it mandatory for children ages 7-11 to begin studying a second language. This was part of a government-led process aimed at helping kids to become multi-lingual and culturally-aware citizens. A great idea in theory, of course, except it still isn’t being put into practice in many places.

A few years later, in March 2017, I was sitting opposite my then-principal as she outlined her plans for my return to work from maternity leave. “I was wondering,” she said, “whether you’d like to teach French to the whole school?” I was thrilled. I had a degree in French and Hispanic studies, but since starting my teaching career, had encountered very few opportunities to actually use my languages skills in the classroom. The thought of creating and teaching an official French program for the entire school filled me with excitement.

It was only on the drive back home that the enormity of the task I’d been given began to sink in. Languages had been part of the primary school curriculum for the past 3 years, but the coverage in most schools was patchy at best and ours was no exception. A few teachers, like myself, with some background knowledge were squeezing in about 30 minutes a week amongst other subjects but most weren’t even doing that. To say that modern languages in my school were bottom of the pile when it came to status would be a grotesque understatement.

I didn’t really know where to start. I would need to devise a whole program of lessons—complete with accompanying resources—for eight different classes of students, many of whom had never had a French lesson before. I didn’t have any training in how to deliver French myself and now I was going to be the school’s resident “expert.” And so began a long period of studying, learning, and observing. I joined a fabulous Facebook group for primary school Modern Foreign Languages teachers. I also attended training seminars and asked plenty of other teachers if they would allow me to observe their lessons and listen to their stories.

Over the course of the following academic year, through lots of trial and error, the lessons I taught gradually improved and I began to see my students make progress. But often it was an uphill battle. There were some students who found the less formal nature of the lessons, with a heavy focus on oracy, difficult to cope with and used any excuse to mess around. Others claimed French was “too hard,” and became disruptive and difficult. At times I wondered if there was any point in putting in so much effort, just to have my lessons derailed by constant disruptions.

Coming back after a year on maternity leave I sometimes questioned whether I was still any good at teaching. But slowly the students came around, thanks to plenty of patience on my part, along with a few tricks I had up my sleeve. One of the most successful tools was my big silver prize box. At the end of each lesson I would choose one hard-working child, or maybe two if I was feeling generous, to pick a prize from the box. It contained only cheap little pens, pencils, and erasers but the students loved it and the motivation it provided was incredible.

I also found games and activities that the children particularly enjoyed and started to using those as motivational tools. I knew which games would really get students engaged, and used those again and again in various guises to keep everyone enthused about their learning.

At the end of my first year of French teaching I organized a special Bastille Day celebration (le 14 juillet) for all of my learners. We played pétanque—a French boules-type game—on the playground. Students also participated in a French cheese tasting. Most didn’t seem to mind the brie and the goat cheese, but the Camembert and Roquefort were definitely an acquired taste. Many strange faces were pulled when eating those!

There was even an Eiffel Tower-building contest, where students competed to see who could construct the tallest free-standing tower. The structures were made from a wide range of materials: newspaper, cardboard, sticky tack, modelling clay, wooden doweling rods—even dried spaghetti and mini marshmallows! Some of the towers actually ended up being as tall as the younger students.

Last but not least, the celebration’s pièce de résistance. A French café in the hall, complete with croissants and orange juice served by the most talented linguists from each class, who worked as French-speaking waiters for the day. Looking around at the happy faces of both children and staff members alike, I realised that we had come a long way.

And that was just the start.

Since then, little by little, I have helped pull French from the bottom of the pile to one of the most visible subjects in the school. I’ve covered the walls of classrooms and corridors with displays of the children’s work. I’ve also created “take-home bags” for each class, which give students the opportunity to bring their language-learning home with them. Each bag is full of games, books, puppets, postcards, and activities that the children can use to showcase what they have learned to their families. Every week the bag is returned to school so another class member can have their turn.

These days I run a variety of clubs after school as well, allowing children to further expand their language-learning experience. With the help of local groups and experts, I have started up Spanish, Latin, and Mandarin clubs, which any student can attend for free after class. I’ve made links with partners in other French-speaking countries—such as Guadeloupe, Rwanda, and Djibouti—so students can learn more about the Francophone world and exchange information with other children across the globe. One year I even organized a school trip to France!

Raising awareness of the French language within my school has caused fellow teachers to start highlighting the languages that our students speak at home too. We have over 50 different languages represented within our school community, and every September I now help organize a special day to celebrate them. On this day, children learn more about the linguistic and cultural backgrounds of their peers through geography, art, and cookery. Students teach their classmates simple vocabulary in their home language, and we even invite parents to come and teach lessons or give book readings.

Our school calendar has more of a global mindset now, with the month of December heralding another celebration of culture: “Christmas Around the World.” For this event, each class chooses a different country and learns about their festive traditions. This could work with any other winter holiday as well.

Making French a key part of our school curriculum hasn’t been easy, but all my efforts are worth it when I walk down the school corridors and find myself greeted everywhere with a string of “Bonjour!” There is no better feeling than knowing that I’m helping to pass on a little bit of my passion for language-learning, one lesson at a time. I can honestly say I think I have the best job in the world!

Ellie Chettle Cully is Languages and International Lead at an inner-city primary school in Leicester, U.K. She teaches French, alongside extra-curricular Spanish and Latin, as well as runs training sessions in the delivery of languages to teachers in her local area.