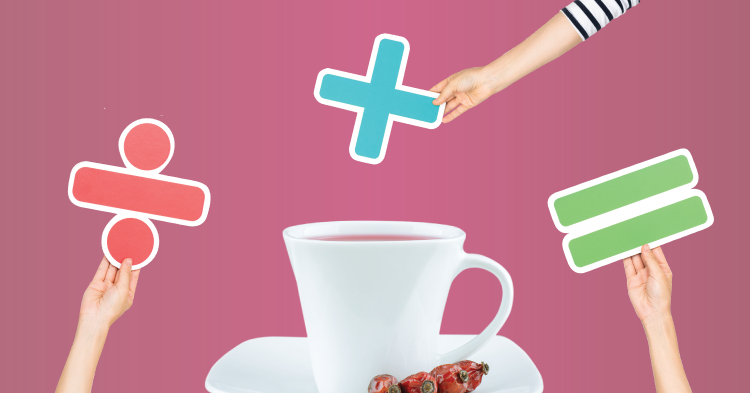 By Amber Hartwell, in collaboration with Pam Horton

École KLO Middle School, where I have been the teacher-librarian for two years, is situated on the traditional, ancestral, unceded territory of the Syilx (Okanagan) People. The students at KLO have diverse socio-economic and cultural backgrounds, and many struggle with academics, particularly our Indigenous learners.

My colleagues and I are always collaborating and looking for ways to foster a desire for learning and to increase student engagement, while also providing opportunities for Indigenous students to learn alongside our school advocates and Elders. Often the best ideas are right in front of us, and that was certainly true for myself and my colleague Pam Horton, who teaches grade nine math.

KLO school is fortunate to have access to a local creek, part of which used to run through a culvert underneath the sports field. In 2011, the long jump pits were discovered to be a nesting ground for western painted turtles, an endangered species. To help support the turtles’ habitat, a local campaign was launched to revitalize the section of the creek that crossed school property and return it to its natural state. Many of our students participated in the project, helping to clear the creek bed of debris. After the area was cleaned, local biologists and Indigenous leaders helped the school plant appropriate vegetation for the creek system.

Our school had always intended to build upon the creek revitalization experience to further student engagement. One day last autumn, Pam happened upon the perfect learning opportunity, when she caught students picking and throwing rose hips at each other down by the creek. (Wild rose was one of the main plants that was integrated during the creek’s restoration; rose hips are the fruits that grow from them once all the rose petals have bloomed and fallen off.)

After Pam explained rose hips were edible and could be harvested, like typical grade nines, the students tried to eat the fruit. Searching for a positive way to stop this behaviour, she came to me with an idea of harvesting the fruits for their intended use—to make tea. Thus, a collaboration was born between the two of us.

We designed a rational numbers unit around the notion of making rose hip tea from scratch, using the creek as an outdoor classroom. Pam had incorporated recipes into her math classes in the past to help teach students about conversion, and she was eager to find more opportunities for project-based activities. She was also looking to add an Indigenous perspective. This seemed like the perfect opportunity to do so.

Rose hip harvesting is seasonal and usually doesn’t begin until after the first frost, which is thought to make the fruits sweeter. While we waited for the weather to cool, we began preparing students for how to harvest the fruit.

First, they were asked to consider the following guiding question, in hopes of connecting to their previous experiences with restoring the creek: Can the rose hip plant population at KLO School sustain a harvest of rose hip tea for our class? If students were to pick the bulbs, they needed to do so in a way that would leave the crop intact so it would last for generations to come.

To teach about sustainable harvests, we also wanted to include discussions of traditional harvesting techniques. Some of the traditions we shared included introducing oneself to the plant, explaining why you have come, and asking permission to harvest. Students learned that asking permission is more than showing respect for the plant, it’s also a way to assess the overall rose hip population and determine if it is large and healthy enough to sustain a harvest. While some students initially chuckled in discomfort at the idea of introducing themselves to the rose bushes, readings and videos helped them understand the honour and tradition embedded in this method.

An Indigenous Advocate shared a Sylix/Okanagan captikwł (an oral teaching of values) on the Four Food Chiefs, to which the students responded positively. Our school Elder also emphasized the importance of harvesting honorably, while sharing the traditional uses of rose hips in our community for both food and medicinal purposes. The students were surprised to learn just how important those small bulbs they had been throwing at each other really were.

In preparation for the tea-making, each student chose a bush, sketched its shape, and recorded the amount of rose hips. The bushes were easy to identify as our school’s creek bed was full of bright red bulbs ready to be picked. Finished sketches were used to determine what fraction of the plant each student would use for themselves and how much this would equate to for the entire class.

Our Elder helped us identify which bulbs were good for picking: those that were firm and orange or red in colour. Students also learned which part of the hip was edible and able to be used in our recipe, namely, the red shell and pink pith that surround the seeds. Keeping that information in mind, the class picked a practice rose hip and measured its weight and volume to determine how many would be required. This calculation proved to be the most difficult for students as many of them had not done unit conversion before.

Once the data collection and analysis were complete, it was finally time to harvest. Each student gathered the number of rose hips needed for the recipe, mashed the hips with a mortar and pestle set, and brewed a cup of tea using tea bags made from coffee filters. Making the tea was both messy and tough, with several students struggling to tie their makeshift tea bags with string, and others returning to the tea counter again and again to add more honey and cinnamon to their tea.

At the end of the activity, while not everyone appreciated the final taste, they all finished at least one cup. Because they had put so much work into making it, none of the students wanted their efforts to go to waste; they felt proud of having made their own tea. Some of them even talked about trying the recipe at home with their own rose bushes.

All in all, the project was a success and it will continue to grow at KLO. Students who had been struggling in math showed higher participation levels, particularly in class discussions around data analysis and plant sustainability. Many of the students shared that they appreciated getting to experience the real-world applications of math concepts, and that the project helped them build an understanding of the role math plays in daily life. During classes when our school Elder was present, Indigenous students were highly engaged, and on numerous occasions asked us if and when our Elder would return.

Many students also commented on participating in the original creek revitalization, and began sharing their accounts with other teachers. Clearly, this earlier event resonated with them and was a natural introduction to our rose hip tea project. The renewed interest in the creek even encouraged a new teacher at KLO to visit it with their class and clean it again. The entire school has also started to plan another creek project, which involves designing a walking trail that will have wooden signage identifying the various vegetation.

What started as a simple goal to further engage our students ended up blossoming into a beautiful place-conscious learning opportunity. Students learned from the land, while strengthening their connection to their local community and its geography. Pam and I also had positive takeaways from this experience, having engaged our students and successfully integrated an Indigenous perspective. We are excited and eager to continue this collaboration, and will keep improving and adapting it with each iteration.

Amber Hartwell specializes in the field of Educational Technology and currently works as a teacher-librarian for Central Okanagan Public Schools. She is completing her EdD in Learning Sciences with the University of Calgary, where she also works as a research assistant and sessional instructor.

Pam Horton has 20 years of experience teaching STEM and Physical Education. Her classroom is designed to promote creative and critical thinking with a hands-on approach, while also building an understanding of numeracy and sustainable living.