One Small Step: Women’s Rights and the Citizenship Act 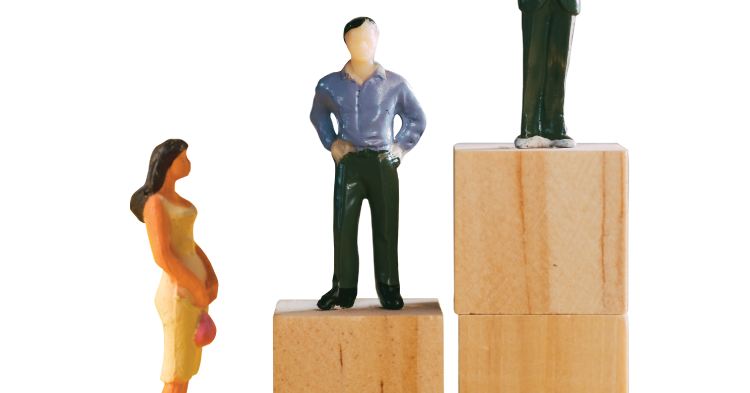 The issue of gender equality in Canada isn’t new. Women have been fighting for their rights since well before Canada was a country. Although total equality still hasn’t been achieved, legislators have been dragged, often kicking and screaming, closer towards equal rights for well over a century. The seemingly simple matter of citizenship is a prime example of this struggle.

The Citizenship Act that came into effect on January 1, 1947, was a good news/bad news piece of legislation for Canadian women. Before that date, there was no legal status for any “Canadian citizen” (Canadians were, legally, British subjects), no matter their gender, but women who lived in Canada still had fewer rights at the time than men.

To get a sense of how much the 1947 Act affected women, we need to take a look at what they were— or more correctly, were not—before and after it was passed.

To begin with, a woman was not legally considered a “person” until 1929. Since they were not persons, women were not allowed to vote, sit on juries, or become legislators, coroners, magistrates, or judges.

Married women could not sign legal agreements, own property, or keep their own wages; in fact, they had no status in civil law, and did not even have custodial rights over their children. The double standard we still fight today remained alive and well. In the case of divorce, for example, a man just had to prove adultery, whereas women had to prove adultery as well as desertion without reason, extreme cruelty, incest, or bigamy. Marital rape was unknown, not because it never happened but because it was not against the law. A woman was her husband’s property.

Things first began to change when provincial governments in Ontario (in 1884) and Manitoba (1900) passed the Married Women’s Property Act, giving women in their jurisdictions some of the same legal rights as men. The Act allowed women to enter into legal agreements and buy property. Other provinces and territories slowly followed suit, with Quebec the last to sign in 1964.

These rights, however, did not yet include all those of a “person.” Governments were still using the male-only “persons” argument to exclude women from positions of power in areas such as politics and the justice system, because those positions were only open to “qualified persons.” Then in 1927, five women took a big step towards equality for women in Canada. These women—Henrietta Muir Edwards, Nellie McClung, Louise McKinney, Emily Murphy, and Irene Parlby, later known as the Famous Five—asked to have the Supreme Court of Canada decide whether the “persons” defined in the Constitution Act (originally known as the British North America Act) of 1867, that created Canada, included women.

The Supreme Court ruled that women were not “persons,” but the Famous Five refused to give up and took their appeal to the British Privy Council. In 1929, the Privy Council reversed the Supreme Court’s decision, deciding that the word “person” was not clear, and that if the British North America Act had meant to exclude women, it should have clearly said so. When announcing the decision, Lord Sankey, Lord Chancellor of Great Britain said, “The exclusion of women from all public offices is a relic of days more barbarous than ours. And to those who would ask why the word ‘person’ should include females, the obvious answer is, why should it not?”

The next year, with women now considered “persons” under the law, the first woman was appointed to the Senate.

Despite these advances, a woman’s position was not secure. She could lose or gain British citizenship simply by marrying, “thanks” to Britain’s Nationalization Act of 1870. The Act declared that alien women acquired the status of a British subject after marrying British men, and that British women lost it upon marrying aliens, even if they never left the U.K. It also prevented women from applying for naturalization on their own.

Canada’s 1881 Naturalization Act, rather than creating a status of citizenship for Canadians that separated them from Britain, said that persons under its jurisdiction were simply British subjects living in Canada. Like the British 1870 legislation, Canada’s Naturalization Act tied married women’s citizenship to that of their husbands. Only natural-born widows who had been made alien by marriage could apply to have their British citizenship restored. Wives and children of newly-nationalized men also automatically became British subjects. And, of course, the rules often only applied to white women.

Women didn’t fare much better when Britain enacted the British Nationality and Status of Aliens Act in 1914. It created an empire-wide standard of British subjecthood and continued to tie a woman’s nationality to that of her husband, although it contained the provision that she would now lose her British citizenship only if she acquired a new nationality through her marriage. It also allowed women whose husbands acquired a new nationality during the marriage to make a declaration that they wished to remain British subjects. The 1914 Act permitted individual nations within the British Empire to enact their own legislation with their own restrictions as well.

Canada was the first country to do so with its Naturalization Act of 1914. The new law’s stipulations around marriage, however, combined with the U.S. Cable Act of 1922 (that did not automatically grant American citizenship to alien wives of its citizens), made Canadian women who married U.S. citizens, stateless. This wasn’t fixed until 1930, with the signing of the League of Nations Convention on Certain Questions Relating to the Conflict of Nationality Laws.

Immigrant women in Canada were not treated well by the 1914 Naturalization Act, either. It identified “married women, minors, lunatics, and idiots” as persons with disabilities who were ineligible to receive certificates of naturalization. As with previous Acts, the status of married women and children continued to be tied to the male head of the family.

Decades of squabbling followed, with governments creating contradictory rules for various political reasons. There were even some women’s groups that lobbied against naturalization through marriage for immigrant women, while at the same time supporting bills that championed the right to personal naturalization. These groups argued that non-English speaking immigrant women who became Canadians through marriage lacked the knowledge to practice good citizenship.

These gender regulations were mirrored in the Indian Act of 1867, explains feminist historian Dr. Veronica Strong-Boag. First Nations women lost their Indian status, as did their children, if they married a man without status. Yet a Status Indian male marrying a non-status woman retained his status, and his wife and children would actually gain status rights.

The Indian Act also denied women the right to possess marital property or to participate in band governance. In 1884, it was amended to allow men to leave property to their wives in their wills, although an Indian agent would have to assert that the wife was of “good moral character” before she could inherit. But it wasn’t until 1951 that women could vote in band elections, and it took until 1985 for the Act to be changed to restore status to women who had lost it through marriage, along with their children.

Canada’s 1947 Citizenship Act did not mention any of its First Nations people, thus denying them citizenship. This was amended in 1956, granting citizenship retroactive to January 1, 1947.

After World War II, Canada’s Secretary of State Paul Martin Sr. (father of the 21st Prime Minister of Canada, Paul Martin Jr.) introduced the bill that became the Canadian Citizenship Act, saying, “For the national unity of Canada and for the future and greatness of this country it is felt to be of utmost importance that all of us, new Canadians or old, have a consciousness of a common purpose and common interests as Canadians; that all of us are able to say with pride and say with meaning: ‘I am a Canadian citizen.’” The bill was enacted on June 27, 1946, and came into effect on January 1, 1947.

The Act made Canada the second Commonwealth country, after the Irish Free State, to create its own citizenship while still supporting its British heritage.

The 1947 Act, however, did not address the issue of women who had lost their nationality by marrying aliens before the Act was passed. Many of these women were ones who had married foreign soldiers during World War II; although native-born, they now had to apply for Canadian citizenship. A major outcry ensued, as women protested the absurdity and hardships they went through to recover their nationality. This situation was finally resolved by an amendment to the Act in 1950.

Women born outside Canada were not granted citizenship by the Act, unless they were British subjects who had been issued permanent residency or they had married a natural-born Canadian.

The Act still restricted parental rights as well. It defined the “responsible parent” of a child, for citizenship purposes, as the father—unless the father was dead, the mother had been awarded custody by the court, or the child had been born out of wedlock.

Later citizenship legislation in 1977, 2007, 2009, and 2014 in part remedied some of these issues around gender equality. Immigration, Refugees and Citizenship Canada cites a few examples:

Immigration, Refugees and Citizenship Canada also says that, “The Department continuously seeks to offer equal access to citizenship and continues to conduct research on the impact that gender and diversity (among a suite of other factors) can have on barriers to citizenship.”

But despite some of these recent changes, we still have a long way to go. While the Citizenship Act of 1947 was one small step towards gender equity, and subsequent Acts have moved us further in the right direction, there is plenty of work yet to be done to ensure that all women—from all backgrounds—enjoy the same rights as men.

Lynn Greiner is a freelance writer who has covered technology, history, business, and many other areas for more than 20 years.