Thinking Like a Teen: Teaching the Charter to Grade 9 Students 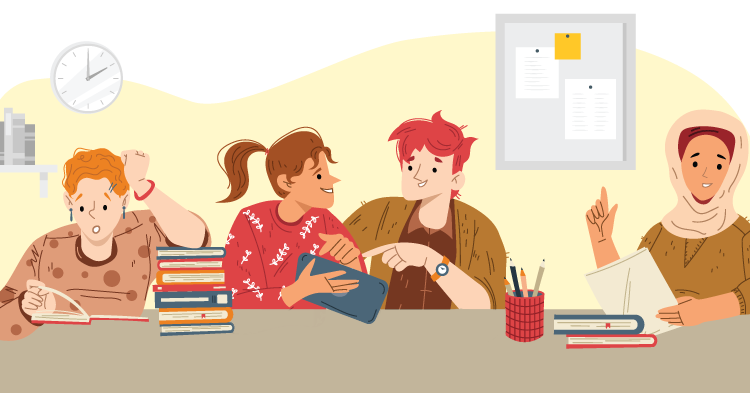 Originally published in TEACH Magazine, 40 Years of the Canadian Charter of Rights and Freedoms Special Issue, 2022

In today’s world, where teenagers are evaluating issues from individuality to gender, and may be struggling to see how they fit within society, the Canadian Charter of Rights and Freedoms proves to be both important and timely. I see parallels between a document that outlines how we can live our lives as Canadians, and how teens can live their lives in an increasingly complicated world. In my experience with teaching the Charter, a great way to connect the priorities of fifteen-year-olds with the values of a significant document is by thinking like a teen. Here’s how.

1. Teens know all about clear rules and consequences

To begin any unit of study on the Charter, first I like to introduce the Canadian Bill of Rights. Presenting the following scenario to my students offers a relatable analogy: “Imagine if there were ‘unofficial’ rules in your house that were set by one parent, but no rules were set by the other. Now imagine the rules that do exist couldn’t be consistently enforced because neither parent had enough authority to provide the right structure and guidance. That would be confusing.”

Before the Charter of Rights and Freedoms was penned in 1982, Canada suffered from a similar situation. While the Canadian Bill of Rights enacted in 1960 was progressive for its time, it was not embedded in our constitution. It also lacked authority and applied to federal statutes (the parent with rules), but not provincial laws or general contexts (the parent without rules). Something had to change.

Students are given the chance to suggest some benefits and drawbacks of the Canadian Bill of Rights, then are asked to offer improvements. This makes for a great lead-in to the Charter of Rights and Freedoms.

2. Teens understand ownership and “their stuff”

Why would the Constitution of Canada be housed in England and how would we get it back? For over 60 years, Canada had been struggling with how to patriate the constitution, but possession and sharing were complicated, similar to the relationship between teens and their friends or siblings. But retrieving the document was only half the fight. The next question was: what should be done with it?

As students propose their changes to the Bill of Rights, they also begin learning about different agendas in Canada’s history, including the Quebec referendum, federal promises of reform, and provincial bids for more power. Everyone wanted something different from the revised constitution, and the challenge became identifying ways for each interest group to have input. Students are tasked with identifying methods for politicians and stakeholders to exchange ideas in an attempt to get “their stuff” included in the constitutional amendment.

Throughout our study of the Charter, all eight of Alberta’s identified competencies are integrated—starting with communication, critical thinking, problem solving, and collaboration. These skills are foundational to the rest of the unit, and so highlighting them at this early point is vital.

Whether it be between friends or “frenemies,” teens know how difficult conflict can be. They understand how drama can repel individuals and how a lack of drama can create new friendships. Thus, when they learn about the efforts that went into developing the Charter, how provincial and federal governments argued with each other but also worked together to create it, students can empathize.

They are able to identify with feelings such as distrust, anger, frustration, relief, and hopefulness that were associated with various perspectives.

Each student is given a journal and asked to connect their own experiences with those of the writers and contributors of the time. This not only allows students to gain a deeper understanding of how the Charter came to be, but also provides them with a healthy outlet for discussing their own emotions. It is here that the well-being competency comes into play.

One of our first discussions around the Charter itself is always centred on the fundamental freedoms laid out in Section 2:

How did these freedoms become foundational? Why these four? A global scan of issues in the preceding hundred years (famine, religious persecution, and lack of land, to name a few), along with an historic study of Canadian immigration and why people left other countries to come to Canada, provides students with answers.

Freedom is not to be taken for granted. Like a juvenile vying for more time away from the close supervision of parents, there are parameters that must be met in order to be given increased privileges. Students consider some of these parameters by completing “if/then” comparisons to link each fundamental freedom with an associated responsibility.

Some comparisons that students have given in the past:

Next, students are tasked with creating an individual collage that speaks to the importance of a selected freedom and includes icons, pictures, illustrations, and small items. From Lego Minifigures to religious artifacts, bumper stickers to social media screenshots, students depict their understanding of how the fundamental freedoms apply to themselves and other Canadians. Providing a visual arts component encourages students to be creative as they experiment with unique ways to present information.

5. For teens, it’s all about their rights (and responsibilities)

While the concept of rights tends to be broad for youth, focusing on the Charter rights individually allows students to see how each one affects them. My class debates the language rights in Sections 16–22 of the Charter, and the logistics of recognizing Indigenous languages. We probe how the Youth Criminal Justice Act addresses the legal rights in Sections 7–14. We also study the historic case of Steven Truscott. By reviewing court cases where Charter rights have been challenged, students are able to express their ponderings about equality, equity, and justice.

Yet the greatest challenge often comes near the end of the unit, when students evaluate other historic Canadian documents using the Charter specs. Perhaps the most memorable cross-examination is that of the Indian Act, where students suggest changes to the Act that would modernize and align it with the Charter. Various language arts skills including persuasive writing, research, debate, and public speaking are highlighted throughout this task.

What are the limits of the Charter? Ask Harbhajan Singh or Shalom Schachter about equality. Ask Southham Inc. or David Oakes about legal process. Ask James Keegstra about absolution.

As students argue various viewpoints of these cases through role-playing scenarios, they begin to learn the true meaning of justice: impartial application of the stated rules. As a class we also analyze the fine lines between the letter of the law and the intent of law. Upon acknowledging the role of the Supreme Court to apply justice, and how Canada has a clear process for delineating denotation from intent, students are able to gain an appreciation for the structure of Canada’s federal government. This also allows them to better comprehend the limits both within the Charter and beyond it.

7. Teens have lots to say

The study of the Charter of Rights and Freedoms is vital to the development of young Canadians in that it frames the collective ideals of our diverse society and protects its values—including the plentiful and heartfelt opinions of teenagers.

To provide an outlet for their adolescent voices and youthful ideals, one year I had students write business letters to the Prime Minister. Throughout the study of freedoms, rights, responsibility, and justice, students were able to gain an understanding of the Charter and the promise it makes to all Canadian citizens. For this assignment, students were to evaluate the quality of that promise. In their letters, they pinpointed areas they felt needed improvement, supported their arguments with researched facts, and provided actionable recommendations.

The Charter of Rights and Freedoms was modern and trendy for its time. A document that meshed legislative and judicial mechanisms, while also identifying collective rights by naming the two key groups in Canada’s development, was not a fleeting fancy. Rather, the Charter set a standard for other nations on how to balance legal, multicultural, and pluralistic interests.

There were many “followers” within the Commonwealth who noted the benefits of collaborative dedication when developing a national guiding document. More than a trend, the Charter was seen as an exemplar, a role-model for modern development, a champion for progress.

During the review portion of the unit, students develop skills of personal growth and well-being within the context of cultural and global citizenship, the remaining two competencies.

Over the course of the six-week study of the Charter, I’ve seen students become passionate, opinionated, fair, just, creative, contemplative, moody, stubborn, and visionary. Similarly, those who knew Prime Minister Pierre Elliott Trudeau or the other creators of the Charter say that the group displayed the same characteristics. But regardless of the complexities of teenage life and the many nuances of the Charter, one trait stands out above all else: joy. And if you look at the bottom-right corner of the Charter, there is a quotation from Trudeau himself:

We must now establish the basic principles, the basic values and beliefs which hold us together as Canadians so that beyond our regional loyalties there is a way of life and a system of values which make us proud of the country that has given us such freedom and such immeasurable joy.

Jeney Gordon is an administrator at a K–9 rural charter school of 300 students in Alberta. With 28 years of experience in education, her passions include alternative education, engagement, growth, and continuous learning.