Kill Shakespeare is a new gr 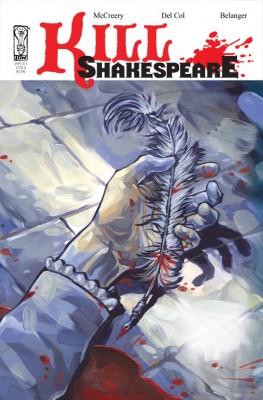 aphic novel series retelling some of Shakespeare’s most famous works for the 21st Century reader.

The novel is a dark tale that presents a never before seen take on the Bard. The story puts Shakespeare’s greatest heroes and most menacing villains in the same world and pits them against each other on a quest to save, or kill, a reclusive wizard…a wizard named William Shakespeare. The story comes to life in a 12 part comic book series.

Kill Shakespeare is an exciting journey that rejuvenates Shakespeare’s best works in a form that is both original and relevant to today’s youth.