We are going to fail. Our lesson plans won’t connect with students. Our students won’t grasp our sharing of concepts in the way we learned them. There will even be times when we give the wrong advice or none at all when most needed. Gatorade commercials remind us how even Michael Jordan missed game-winning shots.

Our world is one where, sometimes, we are in the classroom so much (even when we’re thinking about it at home) that the last thing we want to do is talk about our teaching failures. Through our students, however, we can be reminded of the struggle to understand that failure will always be part of how we better ourselves. Students can be our Gatorade commercial.

While a graduate student, I struggled deeply as student, writer and teacher. My fellow grad students were older and had been studying the craft of writing much longer. Intellectual intimidation coupled with daily rejection letters from literary journals, and I began to lose what little confidence I had. Others and myself scrutinized every move I made on the page. I didn’t trust that anything I wrote had any merit. Scrutinizing can be great in moderation. Too much too early can crush the spirit. Eventually the essay or poem needs to be released, sent into the world as is. Michael Jordan can pump-fake and know it worked because he saw the defender bite. Writing is far less tangible. Luckily, I had incredibly inspiring students at that time. They were young women incarcerated in an Arizona juvenile detention center.

Classes were taught with the girls circled around me, several security guards encircling them. Through sharing their emotional stories, they recognized that others had failed them, but, more importantly, that they had failed themselves and others. Humans are such social beings that sometimes it’s only when we can trust others that we can trust ourselves. One student shared how she stabbed her parents for drug money. Another related how she joined gangs as a coping mechanism to avoid being raped by her uncle. During one class I titled, “Empathy in Poetry” one girl, through her tears, admitted to the class that she didn’t trust herself, that she feared she’d always be a failure. Others echoed her until the entire group of fifteen admitted they didn’t always trust their actions.

I said, “In some, well, I guess I…. Actually, you know… no. I don’t trust myself. I wonder if the awards I won were luck. My writing embarrasses me. I don’t trust that I made the right decision to pack up my life in small-town Pennsylvania to move all the way to Arizona for a degree in poetry even though I don’t have any money to begin with. I trust you all more than myself. I’m only motivated to get up in the morning because I fear failure. I don’t even trust that I’m a good teacher.” My vision blurred with tears, but I saw the silhouette of the crying student raise her hand.

“Even Lebron James fails you know, but he still puts his jersey on and comes out for the next game.”

Cameron Conaway was an instructor for Johns Hopkins Center for Talented Youth and was the 2007-2009 Poet-in-Residence at the University of Arizona’s MFA Creative Writing Program. During his residency he taught in diverse environments throughout Arizona–from the Tohono O’odham Native American Reservation to lower income high schools, from University Honors classes to juvenile detention centers. His book, Until You Make the Shore (January 2012, Salmon Poetry) grew out of his experiences teaching inside the Pima County Juvenile Detention Center in Tucson, Arizona. He is currently studying Muay Thai kickboxing in Thailand thanks to the sponsorship of WhatsYourFight.com. To ask Cameron questions or to join his team, connect with him via social media at www.CameronConaway.com.

Also in the Teaching the Teacher Series: 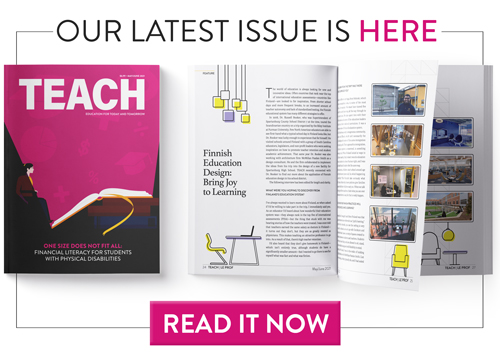