Behind the Scenes of The Shadowed Road

Behind the Scenes of The Shadowed Road 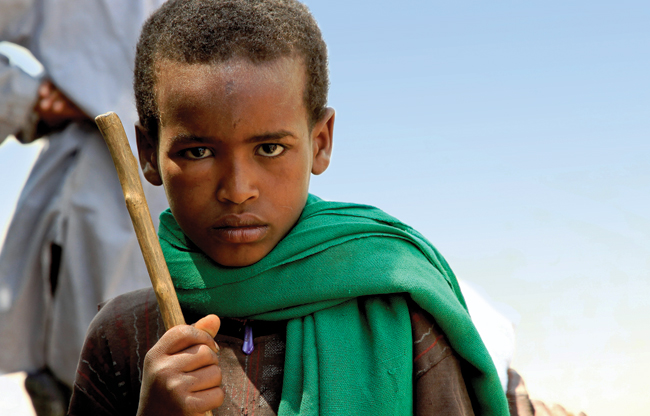 Strangely, when I conceived of the online, educational project, The Shadowed Road, that explores the history, culture and education system of modern day Ethiopia, it never occurred to me to actually go there. At the time, Ethiopia represented a metaphor and a context in which the major themes of Global Citizenship, Human Rights, Democracy and Basic Education, were set. Ethiopia was just an idea, a faraway place that, in my untutored imagination, represented all of the clichés associated with Africa: poverty, disease, instability, blazing heat, drought and famine. Naturally, I was wrong on every count.

The project consists of a number of core components: a graphic novel of the same name, instructional videos, music, digital images, a suite of themed lesson plans that link to curriculum nationally, as well as a raft of tools and resources for educators and students.

Like most projects, The Shadowed Road begins with a story. In fact, it is a story. The narrative of the graphic novel revolves around its protagonist, a 14-year old girl living in the rural north of the country—Selome Fekadu. The character of Selome is an archetype, one that represents the hopes and aspirations of many young people in Ethiopia, girls in particular. Aspirations such as finishing school and getting a desirable job, breaking the chains of poverty and pushing the boundaries of cultural norms where girls in rural areas are expected to stay home and marry young. Selome becomes an ambassador for learning, as her character wants to become a teacher. To do this, she must complete her education, an impossibility in her rural village. Her father wants her to stay at home and marry someone of his choosing. Selome rebels and takes to the road—the shadowed road—to fulfill her dreams. Along the way, she has adventures and encounters that fuel her determination to be successful.

The ending of the story is multi-layered with three endings. Students have the option to select the one they feel is most appropriate, credible or desirable. It is an indicator that The Shadowed Road, no matter who travels on it, is nuanced and not always straight or easy to follow. It’s a universal story not bound by geography or culture.

Early in October 2010, myself and the two members of the video crew, flew into Addis Ababa, Ethiopia’s capital city. Addis Ababa erupted before us. It is a chaotic, frenetic city of about three million people with wide thoroughfares bursting with traffic. No lane markers to speak of and the bumper-to-bumper vehicles that weave in and out whenever a tiny gap opens up. Horns blare and beep. Blue mini-buses throng the streets. It is a city with a pulse, one that’s on overdrive.

October marks the beginning of the dry season. The weather was sunny and clear, but not overly not. I hadn’t realized that the parts of Ethiopia on our itinerary took us to the elevated sections of the country. Addis Ababa is 2500 metres above sea level. Much of the country is comprised of steep hills and mountains. Rarely did we encounter flat land. Driving the hill country was manageable, but walking it was arduous beyond belief, especially when the altitude came into play.

From Addis Ababa, we flew to Bahir Dar to the north. Bahir Dar is close to Lake Tana, a huge lake that is the hub of the inland fishing and resort industry in Ethiopia. On a promontory 45 minutes offshore, we motored to an ancient monastery. After a hike through the forest, a compound appeared with the monastery within it. When we arrived a funeral was in process. We came across a lot of funerals as the life expectancy in Ethiopia is low by western standards. The monastery, dating back to the 16th century, approximately, was built in the round. Astonishing paintings adorned its walls and as you walked around, the entire story of the Old Testament appeared before your eyes.

Ethiopia is a religious country. Orthodox Christianity dominates while about one third of the population is practicing Muslims. There had been a native Jewish population, but hundreds of thousands had been evacuated to Israel during the last civil war. Paradoxically, Ethiopia is governed by a socialist-military regime although some aspects of democracy have been maintained. In many ways, figuratively, physically and structurally, Ethiopia is a land of contrasts.

The Lake Tana region is also home to the breathtaking Blue Nile Falls. After an arduous climb through the hills, toiling up rocky paths peopled by goats and villagers, an amazing vista opens up. As the rainy season had just ended, the falls pounded out in fulsome glory. Yet, as the dry season continues, the waters abate and the falls come to a standstill. Watching tons of water per second pour over the promontory, it’s difficult to imagine times when it all but disappears.

We ventured further north to the town of Gondar and it seemed as if we climbed higher and higher continually. Gondar is also home to some impressive stone castles. In Gondar, we met a young woman who runs a program that houses street kids. She receives no government funding and somehow manages to scrounge enough to keep the program afloat.

From Gondar, we continued further north to the even more elevated town of Lalibela, famous for its churches carved out of a single piece of rock. There is a large restoration program under way to preserve parts of the churches that are beginning to crumble or sag, all of which however, are still used as houses of worship. The most famous carved church is that of St. George, shaped like a cross. It rises out of the ground from which it had been excavated. While wandering the grounds of that church, we heard blood-curdling screaming. It turns out we’d happened on an exorcism. A young woman felt she’d been possessed by the devil while a priest sprinkled her with holy water, found in a pool on the site. It is said that the water burns as the evil spirit is driven out.

The scenery of Ethiopia is extraordinary and the views spectacular. It’s difficult to convey just how beautiful the country is. And also, how welcoming are the people. Naturally, being foreigners and carrying video equipment, we attracted attention everywhere we went. People were naturally curious and friendly and inevitably asked for a handout. Saying no became part of the common vocabulary but when said firmly, a refusal was accepted with good grace.

Not far from Lalibela, we visited a local rural school, Bilbala Elementary to get a sense of how education was conducted in the countryside. Clearly, the community was poor and the school had little in the way of resources. A polluted river ran near the grounds where the children got their drinking water. The classrooms had no electricity, no windows, few desks, scarce materials and resources and roughly 65 students packed each class. The goal was to get the class size down to an average of 50 students. So many children attended this particular elementary school that they had to come in shifts.

Lalibela represented the northern pinnacle of our journey. We had roughly traced the path that Selome would have taken on her journey to Addis Ababa. As we travelled the rough and tumble roads of the country where it is nearly impossible to venture out in the dark, we approached the capital city. A highlight of the back leg of the trip comprised a visit to a buzzing Muslim market where everything from camels, oxen, furniture, blocks of salt, handmade rope to fruit, honey, huge sacks of coffee beans, vegetables and clothing were sold. Set on a hillside, the marketplace buzzed with activity representing a fundamental lesson in economics. For lunch, we ate a goat that had been slaughtered for that purpose.

Balancing our visit to a rural school, we went to see a privately run school in Addis Ababa. The contrast between the two schools couldn’t have been clearer. The private school featured modern buildings, electricity, a basketball court and bleachers, standard materials and resources and some access to computers. The children wore uniforms and were well groomed. They were taught entirely in English. Class sizes were small. Young students with whom we spoke were articulate and thoughtful. All of them were proud of their country and proud to be Ethiopian. They had a revealing sense of identity. Their destiny was to lead the country in generations to come. A heady ideal for a 10 or 11-year old.

All of my pre-conceived notions about Ethiopia had been exploded. The country does face significant challenges and the contrast between education in the city and the country was pronounced. We witnessed scenes that might have been taken straight from the Old Testament. Yet so much of the country, its people and the countryside thrives. Going there, experiencing a small aspect of Ethiopian life made Selome’s fictional journey more tangible and real. It has been a privilege to take my own journey down The Shadowed Road.