Is There a Formula to Create a Genius? 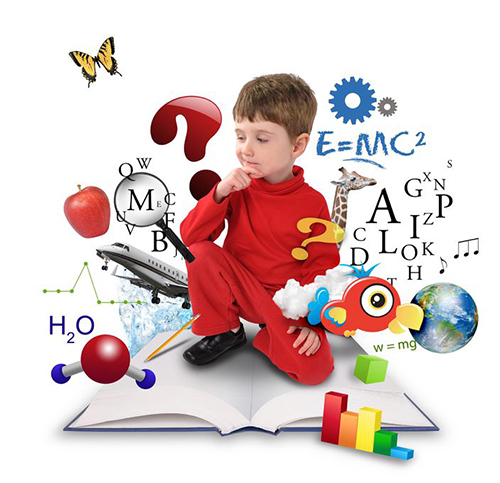 Is there a formula that can be used to create a genius? This question typically relates to debates over whether someone has the innate ability to be a genius, or whether they can have their talents developed by parents and teachers over time through study and practice. In this context, how would someone like pianist Glenn Gould or an Albert Einstein be people that could be aspired towards? Does genius actually break down to a formula, or are there more intangible factors in play that can’t be reproduced?

In terms of innate ability, it’s difficult to define the term genius—clearly it refers to someone that’s of high intelligence, and that can synthesize a lot of information; geniuses are also typically creative, and show their prodigious talents at a young age. Most child prodigies tend to demonstrate extraordinary skills in mathematics or music, and can then grow up into world class talents who make breakthroughs in their fields.

There’s no DNA sequence that can be used to define a genius, although there have been studies carried out of Einstein’s brain that suggests some unique patterns. Generally, it’s best to think about the biological ability to be a genius as one that is distinguished by an exceptional memory and cognitive skills; this can vary, though, on a genius by genius basis, and can’t be reduced to a single set of abilities.

Another argument, however, suggests that genius is something that can be encouraged through rigorous application and hard work—Malcolm Gladwell builds on the research of Anders Ericsson to argue that, while many children have a biological advantage in terms of their brain chemistry, true geniuses need to put in about 10 years of solid work and training before they can truly master their field; this distinction is often one that means that many child prodigies do not grow up to fulfill their early potential.

In this context, it’s possible for parents to encourage the capacity for genius, or at least above average knowledge, by working with them at an early age to build up skills—reading to kids from as young an age as possible can help, as can stimulating them through PBS and other educational children’s programs; schools also need to be able to identify and help children that show some evidence of gifted ability to receive the right kind of work. Having a good combination of home and school work will give children plenty of options to develop at their own pace.

Giving children as many options as possible to reach their own potential is crucial, although it’s not always easy to know how they’ll respond; some children just won’t take to the piano, or they might show an early talent in a subject, and then not be able to sustain that over time. Remember, though, that younger children can absorb and process much more information than when they’re older. Stimulating children with intellectual material is consequently important, even if there may not (sadly) be a formula for generating a genius.

Albert Roberts is a secondary school teacher in the UK. He found his job by looking through GSL Education’s secondary teacher jobs in London. Over the years he has had many different roles. Albert likes to blog about the different aspects of inspiring young minds.