Finding Hope: How I Taught the Rwanda Genocide 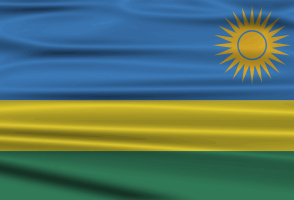 The Catholic District School Board of Eastern Ontario introduced a new theme for the 2013-2015 school years: Witnesses to Hope—Remembering, Celebrating, Believing. This theme inspires us to bring hope to those in need, whether a country on the far side of the world, or one person in our school community. It is also meant to inspire us to develop or enhance our appreciation and knowledge for people of hope. With the approaching 20th anniversary of the Rwanda genocide in April 2014, I took this as an opportunity to teach my students about the genocide.

There really is no particular set of texts that tell you how to teach genocide so I began by talking about my own experience. As a 14-year-old kid, I watched the nightly news as General Romeo Dallaire, a Canadian and the Commander of the United Nations Peacekeeping Forces, described the bloodshed and violence that filled the streets of Kigali, the capital of this small central African nation. General Dallaire wanted to intervene in the conflict and pleaded with officials, but was told that was not the mandate of his mission.

The class remained quiet as we started our unit. They listened intently and asked valid questions. They were old enough to wonder and question why people would be so cruel, and why so many nations did little to help.

I wanted to bring my students to Rwanda and the best means came through Google Maps. There was no Street View available, but with the satellite view, we saw the streets and ‘toured’ the city. It seemed that almost everywhere on Google, there were tourist photos posted so my students were able to view high resolution pictures of places like the Hotel des Mille Collines, a UN safe site during the genocide. We also found the Kigali Genocide Memorial, which led us to their homepage. Here, the facts of the atrocities are explained clearly and you can watch testimony from survivors.

To understand any historic moment, you need to know the people involved. The next step involved visiting www.rwanda-genocide.org. Here, we learned about the events that led up to the slaughter, the people involved, and what was happening now. We learned about General Dallaire’s role and about Paul Kagame, the leader of the RPF rebel group and now President of Rwanda. We learned why General Dallaire and the UN were in Rwanda in the first place; they were trying to enforce the Arusha Accords designed to maintain peace after a civil war plagued Rwanda for years.

There is no greater way to establish a personal connection to an event than with a guest speaker who lived through it. I’ve had experience booking guest speakers around Remembrance Day through www.thememoryproject.ca so I tried to book General Dallaire. I was moved by his book Shake Hands with the Devil and the documentary about his return to Rwanda after the genocide. Unfortunately, his busy schedule did not permit a visit, but his office suggested I contact Major Brent Beardsley instead. Major Beardsley was the co-author of General Dallaire’s book and served with him in Rwanda during the genocide. His own personal knowledge from serving in Rwanda would make for a compelling class visit. So I emailed him, and after a few weeks of correspondence we settled on a date at the end of April.

The week of Major Beardsley’s visit, my class buzzed with anticipation. Many students had researched him online and told me facts about his career. Most of these eager students were often the ‘hard to motivate’ types. The class was particularly amazed at how the members of the UN and the citizens of Rwanda coped with being undermanned and unprotected. We talked about how beautiful the land was and how a country heals itself after so much bloodshed. Major Beardsley would provide a wealth of information and perspective that eluded any Google search.

My class comprised of 29 students, 21 of which were boys, 20 of whom were on Individual Education Plans. Multiple students were constantly restless and often required fidget toys during lessons. I wasn’t worried about their behaviour during our guest speaker’s presentation, however. We openly discussed appropriate behaviour and what they could do to alleviate the need for movement. Changing our seating plan and allowing more space for stretching their legs was an idea that came right from the students.

Finally, the day had come. Major Beardsley towered over my students, but his friendly nature and direct manner hooked them immediately. He used my Smart Board to display his PowerPoint presentation and started off by showing various pictures from Rwanda, including the cemeteries devoted to those murdered in the genocide as well as general pictures of the country. He took us through the complicated history of how the people of Rwanda were divided into two groups during European colonization, the Hutu’s and the Tutsi’s. One group in Rwanda was told they were above the other, leading to hatred and mistrust amongst the two groups.

Tutsi’s were given power by European colonizers. However, years of abuse of power and oppression of the Hutu majority led to violence and the eventual ousting of the Tutsi leaders. Hutu extremists were worried about Tutsi control of the country after the Arusha Accords; a plan was concocted to eliminate the threat of the Tutsi’s. By April of 1994, local radio stations in Rwanda would broadcast coded instructions dictating how loyal Hutu’s would be able to eliminate the Tutsi “cockroach.” Mass murder had been organized on public radio. Major Beardsley and the other members of the UN mission heard these announcements and tried to save as many people possible while Rwanda tore itself apart.

My students were absorbed by Major Beardsley as he talked about the slaughter that occurred over the 100 days in 1994. He talked about the people and the loss that Rwanda experienced. He described the horror he witnessed and the terror of life in Rwanda after the genocide began. He structured his presentation to answer questions as they came up. I thought that was very helpful to students because what they may have been wondering at the moment wouldn’t be forgotten at the end. We all asked questions, myself included.

The schoolroom example Major Beardsley cited, illustrated the cloud of terror under which so many citizens of Rwanda lived. “Imagine if a group of men burst into this classroom with machetes, lined up those five kids and said, kill them. If you say no them, this group of men will kill you and find someone else to do it. If you do it, are you actually murderers? Do you really have a choice?” These questions from Major Beardsley forced us to reflect on our earlier discussions about how so many people could be inclined to kill on such a mass scale.

From Major Beardsley, we also heard about the actions of the underfunded and undermanned UN mission in Rwanda. He told us about the average people he met who worked hard to protect others during the slaughter, and the effect the mission had on the soldiers.

We later researched the reconciliation in Rwanda following the genocide. Visiting sites like www.un.org/en/preventgenocide/rwanda/about/bgjustice.shtml helped us see the growth that has taken place in Rwanda since the tragedy. Courts and programs have been established to hold those who organized and perpetrated the mass murders accountable and bring reconciliation to the families of the victims and the survivors.

One of the final questions asked of Major Beardsley focused on what we as a class should remember about the genocide in Rwanda. He told us that hate is a strong word to use, and something that we should avoid putting in our vocabulary. It is the all-powerful word that invokes violence and terror, like what happened in Rwanda. We should love and care for others as we would hope for ourselves. The world had turned a blind eye to the countless slaughter of innocent lives, yet there were still people who sought to bring hope to the despair, from the survivors to the UN soldiers.

We read, researched, and heard from a person who witnessed the genocide. We had the chance to see a country at its worst. Now, just twenty years later, there is growth and new direction in Rwanda—there is still hope.

For the last eight years, Bill has worked with the Catholic District School Board of Eastern Ontario. Currently he is teaching grade 6 in Brockville and has recently completed his specialist in Primary/Junior Mathematics.