Are Teachers Afraid of Technology? 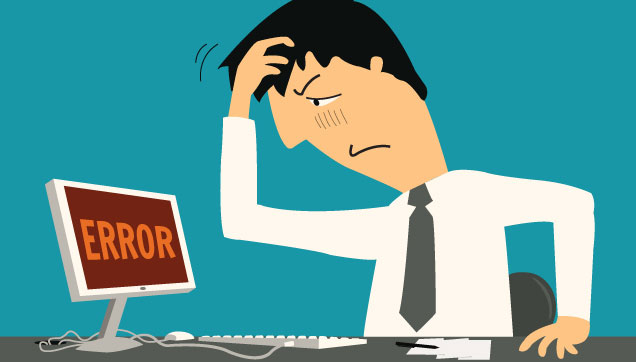 A recent conversation with a teacher was illuminating. I was trying to explain how to log on to one of TEACH Magazine’s digital resources and I realized that this teacher expected the process to be far more complicated. When I explained it was really rather simple, she said that teachers are afraid of technology and it was a natural instinct to assume that technology was complicated and would, inevitably, at some point, screw up.

This raises the question as to whether teachers are techno-phobic. Based on a single conversation, of course, it is impossible to generalize. Still, it confirmed a feeling that I’ve had for a while based on the queries we’ve fielded concerning our digital resources focusing on very rudimentary questions about signing up and logging in. The most basic of processes, in other words.

Upon further reflection, I think it is less a question of fear of technology but in large part, frustration. Over the years, some schools and districts have, at one time or another been flooded with technology. What has been lacking, however, is the teacher training and professional development side of things. Teachers, who are already heavily tasked with stuff to do during any given day, may see the addition of technological tools as one more area to learn, one more thing to implement, often with poor planning on the administrative end. Technology needs to be connected to learning outcomes and the idea that student knowledge, skills and experience will be enhanced. Without proper training that is relevant and links to those concepts and outcomes, the desire to learn may be killed early.

Admittedly, for some teachers, there is a potential fear factor. For example, a study in the United States, reported that 42% of teachers surveyed felt that students knew more about technology and its uses than they did. Factor in the lack of relevant professional development as well as a lack of access in certain regions, then it isn’t difficult to make the leap that some teachers are reluctant to move forward with technology integration in their classrooms.

Veteran teachers may have seen this movie before: The scenario where some bright spark in administration decides to spend on technology and flood a school or district without considering the implementation side of things. An egregious, recent example took place in the Los Angeles area where a purported $1.3 billion was spent on the purchase of iPads for every student in every school in the district. Yet the basic questions weren’t asked before the purchase and implementation took place. The district’s conversation began with the vendor rather than the outcomes. Worse, the FBI is currently investigating the procurement process and the school district is in a dispute with Apple. If anything, this example serves as a lesson of how not to implement technology where iPads in this case, were foisted on teachers without their buy-in or indeed, any strategizing at all about how and why they should be used. So it is completely understandable that similar initiatives may be met with a rolling of the eyes, particularly for veteran teachers who may have seen any number of these initiatives come and go during the course of their careers. And naturally, such events would significantly affect teacher attitudes toward any future initiatives.

Yet the use of technological tools continues to take place. Again, I suspect that individual teachers or groups of teachers within schools are mainly responsible for taking the lead on their own initiatives. Those teachers then work with partners and/or mentor other teachers in their schools. The ground up approach, in other words. And to be honest, it is this approach that seems most trustworthy and effective. You have teachers who are keen and interested who find ways of using technology to drive toward a set of learning outcomes while students are being assessed throughout the process. With Bring Your Own Device (BYOD) protocols all over the place, students are carrying devices regardless. Without a coherent policy, generally speaking, it presumes chaos. The exception, again, is a disciplined school district with clear policies that may be implemented in a straight-forward manner and those teachers who have already figured it out. Unfortunately, I sense that this is true in a minority of cases.

So yes, there may be a technology fear factor in play, but more commonly technology implementation lags due to lack of planning, lack of meaningful professional development, as well as how these strategies are positioned to teachers and whether they have a say in what is to happen and how these tools are to be used. Getting buy-in doesn’t really cost anything.

What’s your experience in your school?