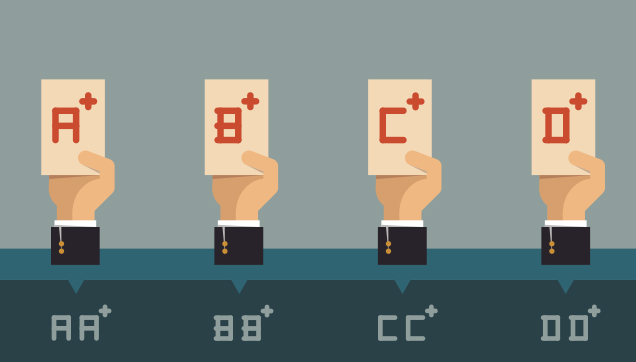 The debate about report cards isn’t limited to contract negotiations. It represents perennial debates in education: what learning means, and how it can be evaluated.

Barbara Dowling still remembers, clearly, the dinnertime conversations she and her brother would have with their parents about their report cards. They were typical students: he needed to pay attention more, she, a shy student, needed to participate. Regardless of how report cards made her feel then, she recalls those discussions fondly now.

But she couldn’t have them with her daughter when she finished Grade 8 this past spring.

Her daughter, like many children in Ontario, did not receive a final report card. Several school boards didn’t issue them, due to contract negotiations between the teachers’ union and the province. Some sent letters telling parents or guardians if students had advanced. Other children received cards with grades, but no comments.

“This is my daughter’s last report card in the grade school that she’s been in since JK,” Dowling says of her initial reaction to finding out she wouldn’t receive a report card. “I was particularly sad, because she’s not going to get her last report card.” (She was told one would come in August.) She keeps all her daughter’s report cards; she still has some of her own from when she was a student. She knew anger would not help. Parents were told they could ask teachers about their children’s performance. She did.

What the teachers said didn’t necessarily surprise her. Her daughter’s always been a good student who independently compares each report card. What did surprise her was the thorough feedback she received.

“I didn’t really need the grade,” she says. “I also got more honest answers than the comments that they make on the report card.”

The question about whether report cards, as they’re issued currently, are needed is important. Teachers spend the equivalent of weeks preparing them—outside of regular teaching time. Report cards are being reviewed across Canada, from Newfoundland and Labrador to Nunavut; changes are happening to Nova Scotia’s reports.

Students can learn—and be assessed—without them. Homeschooled children, for example, may never receive report cards for their entire primary and secondary education—and still excel academically. Carole Cardinal, a mother in Quebec, homeschooled her five children through elementary and secondary school. (The youngest is still in high school.) She began putting marks on some of their assignments when they entered high school. She never used red pens; she wanted to emphasize learning and growth, not mistakes. But her standards weren’t lax. She produced high school transcripts modelled after provincial transcripts required by post-secondary institutions. Her children had to redo any math test where they scored less than 70 percent. The threshold was higher for her son, who particularly excelled in the subject and eventually studied engineering.

Ideally, all teachers want students to know learning involves more than marks. Perhaps that’s what makes report cards such a point of tension—not just for the students and parents receiving them, but also for the teachers making them.

“Mentally, it’s exhausting,” says Chris Cocek, a teacher in Halifax. He estimates he spends 25 hours preparing during each reporting period. They’re never too far from his mind. Teachers are constantly assessing students, formally or informally. Summarizing months’ worth of learning and achievement into a few hundred characters can be challenging. “You’re reporting on children that you’ve got a rapport with, that you are responsible for,” he says, “and it’s not always nice saying there’s a challenge.”

Sending a child home with a lower mark can be “heart-wrenching,” says Laurie Vonk, a primary teacher in Ontario. Teachers spend so much time “just trying to get (students) to feel happy,” she says. Current educational philosophy emphasizes creating room for growth and allowing students to make mistakes and take risks. The final mark on a report card doesn’t necessarily reflect the student’s effort, or how a teacher worked with them in the class.

That’s one reason jurisdictions review report cards. This past school year, the Anglophone West School District in New Brunswick tried a new report card. Representatives of the province’s teachers had approached the government with concerns about assessment. The province has a goal of helping every student succeed and learn to take risks. This wasn’t always reflected in reporting practices. It was causing “cognitive dissonance,” says Kimberly Bauer, a government learning specialist who was part of the committee to review and recommend changes to the report cards.

Before, marks were recorded differently depending on grade levels. Students in kindergarten to Grade 2 received criteria-based report cards, which indicated whether students’ performances were strong, average, or below-average. Letter grades, with pluses, were used in Grades 3 to 5. Depending on the school, students in Grades 6 through 8 received letter grades or percentage grades. Different methods of recording grades could confuse students and parents. Consistency was needed. The pilot project used a four-point scale, with Level 1 indicating students who were working “below learning goals” and Level 4 for those who were “exceeding learning expectations.” It also included four reports: two for academic achievement, and two for progress.

Feedback showed the scale was helpful, but the language could be vague. Many felt the Level 3 description of “meeting learning expectations” was too broad. The committee decided to add pluses to Levels 3 and 4 to provide clarity and to motivation for high-achieving students. They’ve also decided to have three reporting periods, and to eliminate the progress reports. The new report cards will be used in the district this coming year.

New technology drives many of the changes happening in reporting. Teachers often use electronic record-keeping systems; some are used to generate report cards. Jurisdictions across Canada are implementing new digital marking systems. The Anglophone West School District was chosen for the pilot project because the district was also going to be implementing a new recording database, says Bauer. These reporting systems have also eliminated the need for some reports. In the future, parents and guardians in New Brunswick will be able to log onto their child’s portfolio and see their attendance records and how they’re achieving at school. That’s why the progress reports have been eliminated, says Bauer.

“For those parents that really want to keep track of progress and so forth, that will be very powerful,” she says.

How technology is used in making reports varies, even within districts. For his part, Cocek welcomes digital-based report cards. His ideal report would be entirely online, printed copies available on request. It would be one page, with a checklist of how students are doing in different areas. Infographics would be included, to show what provincial averages are, and to help communicate with those families who may not speak English. They’d be issued about every six weeks to give a “snapshot” of how students are doing, he says. (Currently, report cards in Nova Scotia are issued three times a year in elementary school. The standard report card is three to four pages, but Cocek says he’s written longer ones, depending on the comments.)

Regardless of format, the need for clear communication remains. Teachers will need to remember to write comments parents can understand. Students will have to be encouraged to do well—but not base their entire identity and worth on a final grade. Vonk reviews each report card with students individually before they’re sent home, so no one is surprised and they can answer their parents’ questions. She encourages students there’s something they can “glow about”—and an area where they can grow.

Despite the labour negotiations and educational jargon, this remains clear: report cards are about communication. As parents and guardians—the primary audience—read them, they learn how their children are progressing. Children learn the same way, and become prepared for receiving workplace evaluations. As teachers write reports, they can reflect on their own teaching practices and formulate ways to better assist their students. And they provide a gateway for further education.

But they do represent only a moment.

“There’s so much more to school than just the mark,” says Anelia Coppes, a mother of four from Parry Sound, ON. They’re important. Especially in younger grades, children like to see the feedback, the report card posted on the refrigerator, she said. Report cards can generate conversation with older siblings and extended family members.

Admittedly, she missed receiving her son’s final report card this past year—he had finished Grade 8. With her older children she was “just so glued to those numbers, those comments,” she says. “But now in the big scheme of things, report cards come and go.”

Meagan Gillmore is a freelance writer in Toronto, ON and recent graduate of the Publishing: Book, Magazine and Electronic Program at Centennial College.