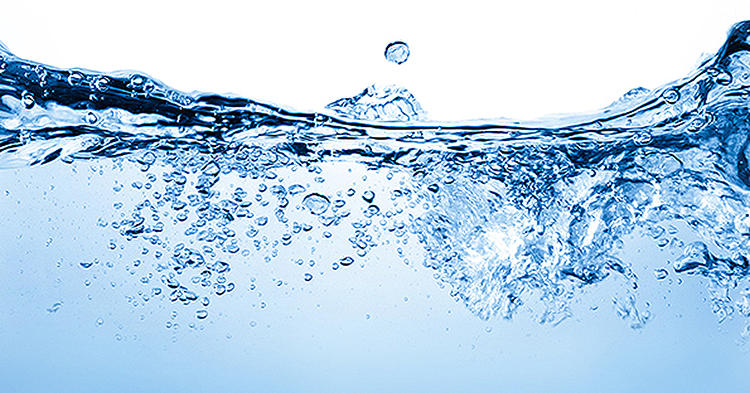 This round of hopscotch is for life.

It appears typical at first—students jumping down a hopscotch court, but they are all holding empty cups in their hands and filling them with water from a large jug at the end of the court. But the water’s dirty, definitely unfit for drinking. It might have some use for agriculture. Students will have to determine how to use it and they need to decide quickly because soon, these Grade 5 and 6 students will be elsewhere, perhaps learning about hydroelectricity or measuring acidity in water.

It’s all part of the H2O Zone, one area of the Kids’ World of Energy Festival. Kids’ World of Energy is run by Relay Education, a national organization that offers education about renewable energy, and while the festival itself began in 2008, this area, devoted entirely to water, was new for 2016. Students are meant to enjoy the games, but having fun isn’t the main goal. The hopscotch course represents the political and economic barriers many communities must overcome to access water. When they do reach it, they find it’s undrinkable.

Water scarcity is something these students likely won’t experience. They attend school in Toronto, after all, a city where rivers in five different watersheds drain into Lake Ontario. They’re playing the game at Evergreen Brick Works, a former brick factory turned community environmental education centre. But for children in some communities, even some in Canada, this game is a reality. That disparity is one of the more murky topics in water education.

“When students look at the globe and see so much blue, it seems as though there’s this abundance of water,” says Cailin Hillier, municipal consortium program coordinator at the Canadian Water Network. Not true. During classroom presentations, she sometimes shows students a litre of water to represent the worldwide water supply. Then, she removes the water humans can’t drink, perhaps because it’s in oceans, frozen, or too far underground to access. When she’s finished, only one drop remains. That scarcity could cause someone to drown in despair.

Perhaps the effectiveness of the H2O Zone, or festivals devoted to water, is how they make a topic often bogged down in scientific jargon and apocalyptic predictions fun. Hillier counts attending a children’s water festival in elementary school as something that sparked her interest in the subject. Such festivals occur in several regions, although, according to Relay Education, not in Toronto, one reason for the H2O Zone’s inclusion.

Patti Birk, an elementary teacher at St. Joseph Catholic Elementary School in Acton, ON, has taken her class to the Halton Children’s Water Festival for the past three years. Approximately 4,000 students in Grade 2 through 5 attend the festival each September. Students may not have formed classroom cohesion yet, but it’s never difficult to plan a follow-up lesson, says Birk. Students are “always totally excited” when it’s done.

There’s much to discuss: the microscopes that let them examine water in ways not possible at school, the birds they encountered close-up, the pioneer games they played to see how water’s been used throughout history or, the most popular in Birk’s experience, the rubber duck race that reminds them about velocity. The festival allows students to see water “through so many different lenses,” she says.

In environmental education, seeing may be the most important thing.

“I think the only thing that really works is getting (students) out there repeatedly,” says Mike Klassen, principal at Rivers Collegiate Institute in Rivers, MB, a high school that prioritizes environmental education. “What we try to do at our school is develop a sense of place, and a sense of belonging. When you can do that for kids in that nature setting, then they start to care. … They learn to love it, and then they care about it, and then they’ll protect it without guilt.”

Granted, his students may have some advantages—and not just because the school’s small size of 150 pupils may make school-wide involvement easier. The school maintains its own wetland, The Rivers Wetland of Excellence, within walking distance from the school. It’s a reclamation project: the site used to be a railroad gravel pit, but when it was no longer needed it was bulldozed and became a marsh. The wetland is now in its third year. The school originally had a five-year plan for the site, but Klassen said the project is likely going to last much longer.

So far, it’s living up to its name—the wetland recently won a Youth Conservation Award from the Canadian Wildlife Federation. The benefits are numerous, not just for water, plants or animals, but also for the school and community. The wetland is a classroom and lab: biology students take water samples and make inventories of the plants and animals, woodworking students have made docks and bird boxes for the wetland.

The school has created entire courses based on the wetland, like Wetlands Management, that are approved by the province. Students also give local elementary classes tours that align with their curriculum. The wetland is part of a larger park that includes a soccer field, and the town is thinking of making it part of an eco-tourism strategy, says Klassen.

Most schools aren’t able to create a wetland, but students still should know where the water they drink and use comes from and how it gets to them. A lot of people don’t understand how different water systems are connected, says Hillier. But even young students can have sophisticated conversations about the topic.

She once explained how water treatment works to a Grade 1 class in a groundwater-dependent town. She told them about water wells, and how chlorine is used to fight the bacteria in the water. One student asked how people know if the chlorine has won the fight. Hillier then explained about chlorine residuals—about how if there’s some chlorine in the water, it means the chlorine has won. It was “such a random question for him to ask,” she remembers.

Teachers should harness students’ curiosity—there’s an abundance of ways to encourage water education and conservation within their schools. Many students already find it interesting and it applies across multiple subjects. “They understand that they are responsible for the world around them,” says Birk, who teaches at an EcoSchool. (In Ontario, EcoSchools are those formally registered with the Ontario EcoSchools program that helps educate schools about how to have more environmentally sustainable practices and monitors their progress.)

“[Students] understand that [the environment is] part of their future, and they’re connected to it.” That understanding can be seen in even the smallest ways. Birk recalls a moment during her lunch duty when students frantically asked her to remove a plastic bag that had gotten stuck in a tree. They were concerned the bag would pollute nearby water sources, she says.

Cultivating care for water may mean encouraging something that may seem counter-intuitive: turning on the tap. Tap water is more heavily regulated than bottled water, explains Hillier, which means it’s safer for people to drink. It’s also less expensive. But often, people prefer drinking bottled water, even though it comes in single-use plastic bottles destined for landfills. Many schools are counteracting this trend by replacing porcelain water fountains with water bottle filling stations, and encouraging students to drink from reusable water bottles.

Sometimes, water conservation takes teachers to locations they wouldn’t first expect. Shannon Boyle has loved water her whole life, and it’s a passion she brings to students weekly as the teacher in charge of the Water Warriors club, a group dedicated to educating their school about water conservation. She teaches social studies at St. Michael School, an elementary school in Calgary, so she’s aware of global issues. Her time training teachers in Ghana exposed her to living with water scarcity.

But one year, her students led her to a place unfamiliar to her: the boys’ washroom. Only boys joined the club that year, and they decided to retrofit the urinals with motion sensors. Before, water would flow in the stalls every 20 minutes. These sensors meant water only flowed when activated. “I never would have thought of the urinals,” Boyle admits.

Boyle is decidedly conscious of how she wants her students to think about water. “So many people want to teach environmental education, but they take the wrong approach,” she says. “They take the approach of the problem.” It’s not fair to lay the burdens of pollution and climate change on children, says Boyle. Instead, teachers should show students how to find solutions to what can seem like overwhelming problems.

That doesn’t mean avoiding struggle and pain. For the past two years, Boyle has led students on a Water Walk to help them understand the distance some people travel to obtain water. They take four-litre milk jugs and walk half an hour from the school to the Bow River. The kids fill the jugs with water, and then head back to the school. The return route is uphill.

“Some of them complain,” says Boyle, “and I like it that they complain because they realize that this is a task. It’s not an outing, a fun event, (nor) a field trip. It is a task to collect water.” It’s a hard task that creates opportunities for growth. Students then take their milk jugs to fill rain barrels that the elementary students use to water the plants. Everyone gets involved. That’s important, because students are worth more than the water they conserve.

“[Children are] lost souls in many ways,” says Klassen. “They don’t know what their direction is. When you have a connection, at the very least to the environment, you have something that you’re connected to, and something that you can go back to. … If we can get kids to love their community, or get them to love their environment locally, we’ll see a change in our world down the road.”

Meagan Gillmore is a freelance writer and editor based in Toronto.