Teaching like a Fool: Shakespearean Wisdom in the Classroom 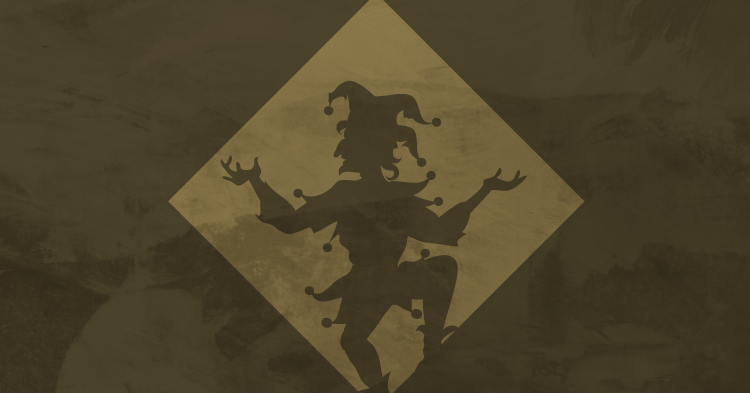 One of my most influential teaching mentors is a secondary character from a sixteenth century Shakespearean play. I was introduced to the “wise fool” from King Lear in my last year of high school, and was taught to read his jokes and metaphorical “ramblings” as, instead, wise observations of a very broken world. Unfortunately, his words of wisdom fall upon the deaf ears of his king, thus the play’s tragic end.

In university, I went on to major in English Literature, and in my final undergraduate year I was reunited with Lear’s wise fool. My understanding of this character’s role was renewed and deepened when my professor pointed out how, at the end of the third act, the wise fool simply disappears from the play.

As a class, we were asked to analyze his disappearance from the stage and determine the purpose of his unceremonious exit. Why was such a key character given no grand exit, no soliloquy to say goodbye to his king or the audience?

It was long after graduation that I finally came to an answer. In fact, it took three more degrees and a decade of teaching experience to help me formulate a proper response.

Over time, my ears became attuned to the sound of the wise fool’s voice, echoing off stage in the wings and shaping my experiences as an educator. I have gleaned three wise teachings from King Lear’s fool and each one informs my practice in the classroom more and more each day:

Get off the stage

In teacher’s college, we are taught the pitfalls of adopting a “sage on the stage” position in the classroom. We are encouraged to flip this old adage on its head and act as “guides on the side,” embracing student voice and constructivist pedagogy instead. I think the wise fool would agree with this sidestepping, but for my own practice I try to take it one step further: “Exit stage left!”

For example, I have started using educational tools like Google Classroom announcements to send prompts for critical reflection that extend beyond the physical space of the classroom. How that message is received, or when it is opened, is beyond my control, thereby placing the onus on the students to take charge of their own learning. What I am modelling for the students, as was modelled for me by the fool’s mysterious exit, is that the educational action happening in the wings is just as important to the overall story as the lines being spoken on stage.

Another cue I’ve taken from the fool is to leave the stage and to do so without any fanfare. To paraphrase more Shakespearean wisdom from As You Like It: “All the world’s a stage and all people merely players; They have their entrances and exits and over time will play many parts” (II.vii).

I draw a link between these words and the wisdom shared by a former department head who comforted a younger version of myself by saying, “Natalie, embrace your insignificance in their lives!” She wasn’t telling me that my lessons didn’t matter, or that my time with the students was not appreciated. In fact, she was encouraging me to consider how many important people would make entrances and exits in the lives of my students. She was also reminding me that lifelong learning is exactly that—lifelong!

Therefore, in a pedagogical sense, leaving quietly like Lear’s fool means embracing the fact that the show will go on, whether I’m on or off stage. Lives will be lived, texts read (and sent/received!), and my teacherly impact on my students may never present itself in the form of some beautifully crafted soliloquy. But what I do know is that my own educative journey will be dominated by a desire to learn with and from my students, and the world that we share.

Leave them with more questions than answers

The most important lesson I’ve learned from King Lear’s wise fool is to leave my students with more questions than answers. In educational circles, much has been written about making space in the classroom for student voices and, more specifically, pausing long enough for those voices to be heard.

The Ontario Ministry of Education’s EduGAINS website shares statistical information that speaks to the benefits of waiting at least five seconds after asking a question before accepting student answers. Their data suggests that the quantity and quality of student responses will rise if they are given more time for reflection.

Over the years, I’ve found that not only do my students need time to come up with reflective answers, they also need the opportunity—and the training—to formulate critical questions. I look again to the fool’s complicated riddles and identify a mini-lesson about the art of asking questions.

Be they high school students or pre-service teachers (in both my English and Education classes), I have discovered that it’s easier for students to formulate critical questions when I explain I’m simply looking for responses that can generate meaningful discussion. In doing so, students aren’t pressured to provide the “right” answer.

Instead, I encourage them to use details from the text to support larger thematic questions that they have. The text then becomes important and relevant when students recognize tangible links between the words they are reading and their “real life.” My hope is that such a practice provides them with transferable skills that they can call upon when asking and answering critical questions beyond the safety of our classroom.

Over the years, as I have taken these lessons from the fool and applied them to my teaching practice, I’ve seen their benefits played out in my classes. Anecdotal evidence has presented itself in stories shared by returning students.

I also believe that my own journey as an educator remains energized thanks, in part, to the fool’s pedagogical mentorship. I admit to imagining him watching from the wings and, as I call upon his words of wisdom time and time again, I hope that he’s taking a bow.

Dr. Natalie Davey is a secondary school English teacher with the Toronto District School Board (TDSB). Her experiences in the secondary classroom have supported her teaching in York University’s Faculty of Education, Section 23 classrooms, and her most recent shift to the TDSB’s Student Success/Learning to 18 Initiative.