The Unique Needs of Gifted Students 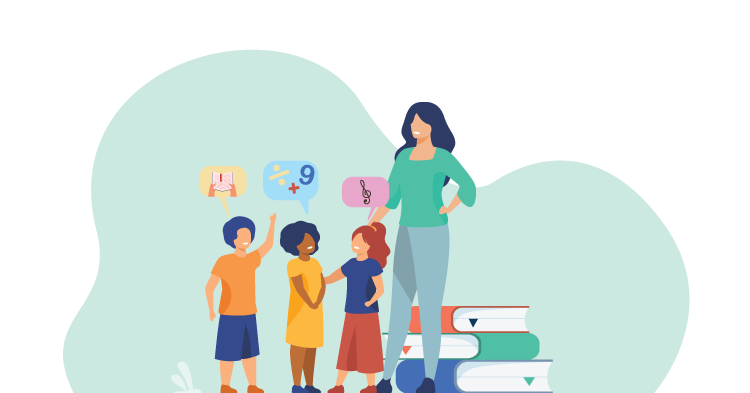 Dale Mar has always known her English students can explore topics with great insight. They “blow her mind” regularly, she says. However, she was surprised when two students’ spoken-word poems landed them a personal visit with Prime Minister Justin Trudeau during their Grade 8 graduation trip to Ottawa.

Mar teaches gifted students in the Durham District School Board in Ontario. This year some of her students participated in a spoken-word poetry contest. Two poems caught the attention of a parent in the audience—the local Member of Parliament. She told the students that the Prime Minister needed to hear their work, especially a poem that reworked the lyrics of “O Canada” to address the relationship between Indigenous and non-Indigenous Canadians, and arranged a meeting.

“When you give them a topic, they will take it in a direction you never expected,” Mar says of her students. “That is so exciting as an educator because they’re able to look at it from their own perspective, and their own slant.”

Teaching gifted learners doesn’t excite everyone. Resources for these students can be sparse. Assessments may take years to schedule, and even then, not all educators agree on their effectiveness. Debates about whether these students are best served in mainstream or separate classrooms—or schools—can be intense.

Giftedness may technically be considered a “special education” need, but teachers might be more inclined to help students with learning or developmental disabilities versus ensuring high-performing students have learning opportunities suited to them. Students who are identified as gifted may also have learning, developmental or physical disabilities, and when that happens, their giftedness may be overlooked.

Educating gifted learners properly begins with understanding giftedness correctly. Sometimes people think of giftedness as an inherent quality that makes students better than others, says Dona Matthews, who, along with Joanne Foster, wrote the guidebook Being Smart About Gifted Education. However, the best way to understand it is to realize that students identified as gifted have “gifted learning needs.”

Matthews prefers tests be subject-specific, because students who are gifted won’t excel at everything. “Just because a child is gifted does not mean that they are going to translate into being very successful at school and have straight As,” says Michelle Doiron, the gifted learning facilitator at the Durham District School Board.

Doiron says the term “gifted” can create barriers because it may lead some people into thinking that programs for gifted students are elitist. All students have gifts in some areas, but gifted students think in a way that’s “different from those around them,” she says. “It’s just that ability to think at a greater depth and breadth.”

Achievement alone does not separate gifted learners from non-gifted learners, says Laurie Alisat, Assistant Principal at Westmount Charter School, a school exclusively for gifted students in Calgary, AB. Gifted learners “live in the world with intensity,” she says. “That intensity is around some intellectual curiosities.”

Some gifted students demonstrate their giftedness by quickly answering questions and participating well in class. Others withdraw, and may seem unengaged with the material. They may be slow to respond. That doesn’t mean they don’t understand what’s being taught, says Alisat. It’s more likely that they’re considering multiple ways to approach a subject. Sorting through all that material takes time. Most classrooms and teaching methods prioritize speed and don’t allow students the extra time to process information, Alisat adds.

They’re motivated by a challenge, not an outcome. “They will achieve at high levels because of their interest and their desire to learn,” says Alisat, “not because they’re after that 98 percent.”

The desire to be challenged may cause some gifted learners to question how a teacher approaches a subject. They may not be questioning authority or showing disrespect—they just want to be engaged.

Owens works in an online school, and has collaborated with teachers to develop learning plans for gifted learners. It makes sense that students who aren’t identified until they’re older become disengaged, she says; they’ve spent their entire academic careers waiting for others to catch up to them.

Challenging gifted students doesn’t mean giving them more work, says Doiron. Forcing them to complete additional math problems about a concept they already understand will just bore them. “Once they demonstrate mastery of a subject or a topic, they’re encouraged to move on either at greater depth or explore a different avenue,” she explains.

“It’s important that they’re given the same opportunity we give the rest of the kids: to work at the edge of their learning, to not be repeating all of the time,” says Maureen McDermid, a board member of the Gifted Children’s Association of BC and former teacher.

Students can help create assignments they’ll find interesting, says Owens. Gifted learners can see connections between various subjects that others—perhaps even their teachers—can’t. They can suggest projects that will fulfill requirements of multiple subjects.

“These students have the ability to provide and support some incredible insight into their learning process,” she says. Students, however, still need to work with teachers to create appropriate assignments. Gifted students may become so focused on one topic that they won’t want to move onto another.

Teachers can allow students to return to their area of passion once they finish their work in another subject, says McDermid. Gifted learners often read voraciously, she adds. They may have read the assigned book in the curriculum and can recall the details easily. She suggests students develop alternative, but related, assignments. This may mean reading other books by the same author, or in the same genre.

Teachers don’t need to develop different assignments for every student, though. “Differentiation is quite different from individualization. A teacher can differentiate for groups of [students] without individualizing,” says Lannie Kanevsky, a professor in the graduate education program at Simon Fraser University who studies gifted learners. Teachers can make their jobs too stressful if they think they must have different lessons for each student, she notes.

Kanevsky has developed several strategies to help teachers make adjustments for gifted learners. These include making concepts more complex, or allowing students to move through some material more quickly than their classmates. Many of these strategies may also work well for students who aren’t formally identified as gifted.

Kanevsky says teachers should consider grouping students based on “readiness.” Students who are ready to learn an advanced concept should study it together. Students who aren’t identified as gifted may be part of these groups.

Teachers must find materials that are both intellectually stimulating and age-appropriate. Students may be able to discuss complex world issues, but may not be emotionally mature for the information. “Just because they can, doesn’t mean they should,” says Doiron. “Consider the actual age of the student. Even though they can handle that debate or discussion doesn’t mean it’s appropriate for the age of the child.”

At the same time, that intensity can help others. Alisat remembers how many students were “distraught” when fires ravished the Alberta communities of Fort McMurray and Slave Lake. They understood how these events happened and could imagine all the consequences. Many used that intensity to find ways to support the victims.

“It’s tough for people to understand that young people can feel so strongly,” says Alisat, noting some may assume students are over-dramatic.

What gifted learners most need are interactions with intellectual mates. They often struggle to relate to children their own age. Some may downplay their giftedness or try harder to fit in, and that can make things more awkward, says Alisat.

Matthews supports integration—“the less segregation and discrimination, the better,” she says, explaining that all students need to learn they have both strengths and weaknesses, just like everyone else. Gifted learners can thrive in mainstream classrooms, she says, but teachers need appropriate resources and training.

Acceleration—having students skip a grade—can help, when done in a way that considers the emotional and social needs of the child, Matthews says, noting it’s not always good when students accelerate by themselves.

Clustering gifted learners, whether in separate classes in a neighbourhood school, working together on special-interest projects, or even enrolling them in schools specifically for gifted learners, provides them with opportunities to work with others who can stimulate them appropriately.

“Even with the most welcoming teacher in the world and a wonderful, strong classroom community, [many gifted learners] don’t find a like-minded student in the room,” says Kanevsky. “They don’t find a kindred spirit. They don’t find someone their age that has the intensity that they do—and they notice. They need to know that there are others like them out there.”

Teaching gifted learners can also be lonely. They likely know things their teachers don’t. “It can be daunting to walk into a classroom of gifted students,” says Doiron, a former teacher of gifted students. If students asked her questions she didn’t know the answers to, she often encouraged them to research it on their own. This led to everyone learning more.

Many gifted learners have been excluded, she says, and that’s made them “one of the most accepting and embracing populations.” The greatest lesson they’ve taught her “is about acceptance.”