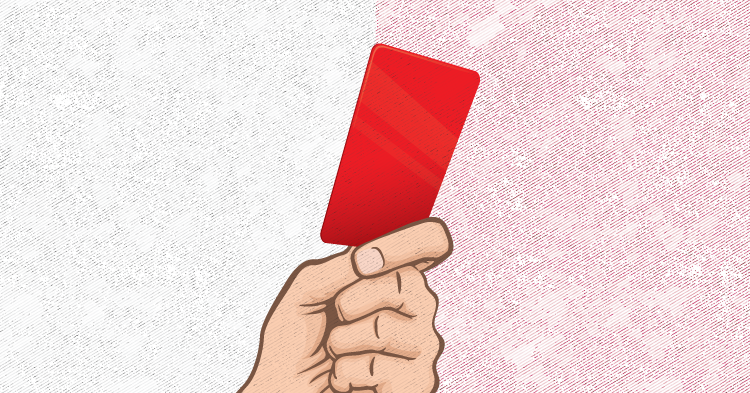 Briana Robinson is no big fan of suspension as a disciplinary tool.

“For me, it is best for students to be in class,” says Robinson, a Grade 5 teacher of English language arts at the Key Academy, a public charter school in Washington, DC. “They come to school to learn and I want them to be in school as much as possible. When a student is suspended, they are no longer in that learning environment.”

She is not alone in this. A growing chorus of educators and researchers have lately come together to urge schools away from suspension as a way to tame repeat classroom offenders. A range of studies suggest suspension is often unfair—skewed by race and gender—and also unproductive, leading to worse rather than better academic outcomes.

Moreover, advocates say, there are better ways to deal with discipline issues. Communication, caring, and inclusivity can reshape the classroom for the better. Here we’ll take a look at some of the concerns that have been raised around suspension and then consider emerging alternatives.

A preponderance of evidence suggests suspension does not work, and may do more harm than good:

Clearly there is a significant correlation between suspensions and academic achievement. The research reinforces what most teachers know intuitively: kids who are not in class will eventually fall behind.

Some also have raised concerns that suspension is not used evenhandedly in schools where it is part of the disciplinary routine. For instance, Zibei Chen, a research fellow at the University of Michigan School of Social Work, reports that boys and African-American students are more likely to be suspended than girls and white and Hispanic students.

The Center for American Progress looked at data from the two largest school districts in the U.S.—the New York City Department of Education and the Los Angeles Unified School District—which together suspended or expelled students for a total of 47,558 days in the period studied. The centre uncovered wide racial variations: white students make up 15% of the NYC district, for example, but only account for 8% of the days lost due to suspensions. African American students account for 27% of the district, but make up almost half (47%) of days missed because of suspensions.

Constance Lindsay, a researcher at the Urban Institute, points to U.S. Department of Education statistics that confirm the trend: Black kids make up 16% of school enrolments but account for 34% of one-time suspensions and 42% of multiple suspensions. “There are huge disparities by race in terms of how often kids are suspended,” Lindsay says.

Some child-development experts warn that all of this could lead to disastrous long-term consequences. The American Academy of Pediatrics warns that students who experience suspension may be 10 times more likely to ultimately drop out of high school. “The student who does not complete high school can expect to earn considerably less over a working career and to have far fewer educational and employment opportunities from which to choose than a student who has completed high school,” the Academy says.

In the more immediate sense, some experts say, suspensions fail to make the grade as a classroom management tool.

“First and foremost, it doesn’t work. Study after study has shown that when children return from suspension their behaviour does not change,” says Dr. Rosemarie Allen, Metropolitan State University of Denver assistant professor of Early Childhood Education.

“When we think about classroom discipline or management, we have to think about what we can do to really impact or change student behaviour. I think of suspensions more as a weapon than as a tool,” she adds.

Teachers have nonetheless relied on suspension as a measure of last resort, a way to maintain order in the classroom when all other efforts have failed. Rather than fall back on this most extreme action, some say, teachers would do better to reorient their classroom around a different set of behavioural principles.

Behaviour management. Restorative justice. Community learning. All sorts of phrases get tossed around in conversations about classroom order and discipline. What they come down to is this: forget about order and discipline. The way to manage acting-out behaviours is to treat students as individuals; to dig deep into their personal needs; to build an inclusive community that fosters a sense of personal responsibility and accountability.

“It’s about having good student-teacher relations, having teachers who are able to talk to their students and understand where they are coming from,” says Francis Huang, associate professor in the University of Missouri College of Education. “Certainly, those things take times to build, but building those bonds is critical to good classroom management.”

Briana Robinson says she tries to embody this spirit. “I am really proactive when it comes to the management of my classroom,” she says. “It’s about having a sense of trust between me as a teacher and them as students, having a classroom where you can be totally honest without judgement.”

“Communication is key,” she notes. “My first move when a student is not behaving is to not yell at them, but to have a conversation with them: ‘Hey, this is important, I know your potential, please show it.’ I want to give them positive reinforcement for the things that I do want them to bring to the classroom.”

For this kind of dynamic to exist, the educator must lay down a basis of trust, something Robinson strives to do early on. “There is a sense of vulnerability that I bring in the first people of weeks of school. I share personal things, the fact that I have a little brother, the fact that I had difficulty making friends growing up. I’ve sat in that seat, I am a human being with feelings,” she says.

“Then you have to listen. If students come in and they are not in the best mood, I will meet them at eye level and ask how they are feeling before I just dive into classwork. That makes them want to meet with me at a human level. They hear that I am coming from a place of love and concern, even if I am strict,” she explains.

This may sound like a lot of heavy lifting, a lot of hand-holding, but those who are wary of the adverse impact of suspensions say this kind of intimate bonding is a necessary remedy to a disciplinary system badly in need of repair.

At the Urban Institute, researcher Constance Lindsay talks about classroom management techniques founded in restorative justice: building classroom communities that are rooted in clear agreements, authentic communication, and specific tools that can help to resolve conflicts in a meaningful way.

“The idea is to find strategies that allow disruptive kids to stay in the classroom, to redirect their behaviours around more positive elements like restoring the community,” she says.

In the restorative model, a bully might be asked to reflect on what happened and how it may have impacted the other student. By talking through feelings of shame and hurt, it becomes possible to reintroduce the offender into the community, sometimes with the help of supportive third parties such as family members or a trusted friend.

Rosemarie Allen at Metropolitan State University of Denver is a big proponent of this approach—and she comes to this from a place of experience. She was frequently suspended from school for climbing on the roof (to get a better view of the playground), dismembering baby dolls (to see how the pieces fit together), and sharpening pencils down to their erasers (to see how long it would take).

How should we deal with kids like her? “It is about the student acknowledging the harm they have caused to our community and the community deciding how to repair this harm. It’s about holding students accountable,” she says.

For this approach to work, teachers may need to focus closely on specific student experiences. Why is the student acting out? What message is he or she trying to convey?

“A starting place is in finding out what is going on. We have to connect with students on a level that allows us to understand why they are behaving the way they are,” Lindsay advises.

“It is time consuming—in the beginning,” she says. “But if we invest the time up front, if we can build a community, if we can talk about expectations and about consequences, then we can work together as a community to make sure this is a safe space.”