Back to School, Class Management, Fundraising 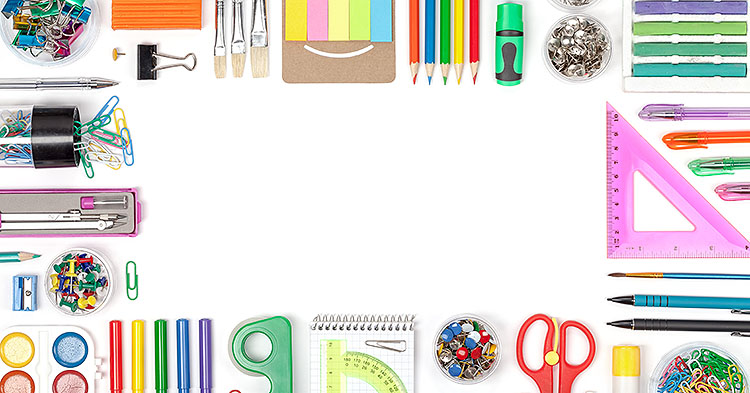 While summer’s long lazy days stretch before us, teachers are already thinking ahead to the fall. It’s time to start prepping the classroom—and to spend money. A U.S. Department of Education survey in 2018 revealed that 94% of teachers spend an average $479 USD of their own money on classroom supplies, with 7% spending $1,000 or more. The numbers are pretty much the same in Canada—the Nova Scotia Teachers Union (NSTU) estimates that teachers spend an average of $525 CAD, and some a lot more.

Renee Bucholtz, a high school art and technology teacher at R.H. King Academy in Scarborough, ON, knows the drill well—in her first years of teaching, she had been about $1,000 out of pocket. It’s less now (but still in the $400-$500 range) when she teaches art because she’s better able to anticipate what she’ll need, and she’s built up a body of supplies.

Teachers don’t like spending, but feel it’s necessary to ensure their students get what they need. This is what NSTU president Paul Wozney explains as feeding into the gender stereotypes, especially at the elementary level, where the ratio of female teachers is higher. He says, “There is some presumption about female teachers as nurturers, that women will take care of kids and nurture and there’s an assumption of their generosity. In fact, it’s so deep-seated that there’s now a federal income tax code credit for teachers who spend their own money. But that lets the system off the hook.”

Wozney, a former K-12 teacher himself, says it’s a philosophical conundrum: “Should teachers be doing this? Fundamentally, the quick answer is no, if schools need these resources to supply kids a quality education, then these resources should be provided when they walk in.”

Some teachers have been vocal about it with their union. Jane Giffen, for example, an elementary special education teacher in the Barrie, ON area wrote to her union rep suggesting that they “show parents a dramatic example of what teachers do for the classrooms [by] mandating that teachers not spend their money. Then parents would see how awful the classrooms look.”

To stop doing it, Wozney says, “would be a visible way to highlight the issue, but would also come with a price. It would fall into the category of work-to-rule and while that is an effective way to pressure government, it also extracts a price on the natural allies—engaged parents and vulnerable kids.”

If it’s philosophically wrong for teachers to spend their own money, why continue? “Teachers want what’s best for their kids,” Wozney says. “There is a parental instinct, and the law even recognizes that. Teachers don’t want to see kids suffer, and when [they] see gaps that exist, they look for solutions to fill those gaps.”

While paying out of pocket isn’t likely to change, at least any time soon, there are ways to reduce the amount you spend as a teacher, and still have a nice classroom.

How Much Classroom Décor is Enough?

Teachers are often evaluated on the appearance of their classrooms, Renee Bucholtz points out.

Giffen adds, “it’s pretty simple really—what do we need to teach kids well?” She thinks teachers could be “more frugal. They’re all crazy for laminating, and it’s expensive—cheaper to get dry erase pockets on Amazon.”

She has seen no limit to students’ imaginations even if they’re given very simple materials. She says, “a lot of creative things happen when you put things out on a table and see what kids can do. I take the knobs on the top of the squeezy applesauce [containers], water bottle tops, [and other] loose things to build with. I save the front of cereal boxes—and these I do laminate to use for finding letter combinations and words.”

Margaret Marsh, a retired French and special education teacher from Waterloo, ON, believes that “a lot [of the material] that teachers put out on walls, kids don’t notice; and some of it isn’t all that effective. Especially for kids with ADD or who are on the autism spectrum. It can drive them crazy. You want the class to be bright and attractive, and you want to have one wall reserved for artwork because kids love to see their art up, but beyond that it can be distracting.”

Marsh has also found that “children of all ages, whether they read or not, love to be read to, and setting aside a daily reading time when [a] teacher reads to them is instructive and calming.” It’s also not expensive.

She does admit, though, that special education classrooms need more than regular classrooms in terms of specialized visuals and those cost more.

Bucholtz tells students to bring in any art supplies they have access to at home, especially if they aren’t satisfied with what’s been ordered or if they run out in class. Bucholtz also asks for a $40 (CDN) annual “enhancement” fee so students have access to more than the basic materials, but knows it’s not enforceable, and knows some kids’ parents can’t afford it.

While Bucholtz asks to borrow from colleagues when she runs out of things—and they do the same—she hasn’t found partnering with them all that effective “because every teacher has [a] different working style and uses different materials.”

She has also had to ask the principal for petty cash, when things get broken, or taken home by students from other classes. It all depends on the principal, she says, but it never hurts to ask.

There are also the bigger asks—as in grants. Not just government, but retailers as well provide grant opportunities. BestBuy, for example, offers school tech grants, which are usually available in the spring to elementary schools and the fall to secondary schools.

Find It! Free, Cheap, or Used

Most teachers will admit to dumpster diving, as well as trolling thrift stores and garage sales looking for used things like puzzles, books, or educational toys for their class. The library can also have good used kids books for sale.

And then there’s the local dollar store. Bucholtz looks for alternatives to expensive art supplies, like ice cube trays for watercolour palettes, and hand-held mirrors to use for self-portraiture.

Wozney always looked closer to home. “My best friends were always the school custodian or the receptionist; they had the keys to the room with furniture and equipment nobody wanted. I’m built like a linebacker so the regular teacher desk wasn’t big enough. In there, I found one big enough for me, and still good for the kids. I also found a weird 12-foot-long table that was three feet off the floor, perfect for kids to do small group reading.”

That same storage room yielded two huge aquariums that ended up like “a greenhouse on wheels, and the basis of many class projects for my Grade 2 students,” he says.

Through a family friend, he found enough carpet squares heading for the landfill that were perfect for kids to sit and read in a quiet spot alone. Some even put the squares under their desks to make a private cubby for themselves.

Another time, Wozney received four computers from a friend in IT. “He was decommissioning PCs—fifty of them—and he asked how many I wanted. I took four.”

Retailers in Canada and the U.S. offer a lot of teacher discounts, from classroom supplies and books, to personal items like travel, clothes and shoes. Look into Michaels crafts, MedEx medical or dental supplies, Staples tech items, National Geographic free subscriptions, Home Depot’s no-tax on school supplies, Books-A-Million discounts and fundraising opportunities, Apple’s 50% discount on most apps, and Samsung. Check out Amazon’s bargain book section, and the Scholastic program which puts money back into the class from the books sold by their flyers.

Know When to Put in Your Budget

Know your school board’s budget timing. In Bucholtz’s region, the funding period is November to May. “In May you’re so busy marking you can’t think about what you will need for the next year, and you often don’t know what classes you’ll be teaching or how many students. That’s a long time before November and your class needs things in September.”

Each school board allocates different amounts per student, but there’s also a differential by subject. Art rooms need more, Bucholtz says, but the budgets are erratic. One year she received $300 for her whole class—consider a bucket of white paint costs $60—and another year, she got $100 per student because of the Indigenous culture component.

By the end of the year, Bucholtz’s supplies are thin so she deliberately makes the final project broad enough so students can choose from whatever supplies she has left in a wide variety of media. “It uses up what’s left and doesn’t adversely affect their ability to show skill.”

In its 2016 budget, the Canadian federal government “introduced a teacher and early childhood educator school supply tax credit for 2016 and subsequent taxation years. This measure will allow an employee who is an eligible educator to claim a 15% refundable tax credit based on an amount of up to $1,000 of purchases of eligible teaching supplies by the employee in a taxation year.”

Margaret Marsh is an advocate of the discovery concept for learning, but she found the prepared, store-bought materials expensive. “Your kitchen yields many suitable alternatives. When you’re teaching volume, things like yogurt and juice containers work well, as do bottle caps in different colours for teaching sorting and counting.” For estimating and measuring, she would divide kids into groups and give each group things like pencils, erasers, tin cans, or books of different sizes to estimate and then measure.

Having a word wall, she found, was also an effective teaching aid, especially for younger children. You can buy expensive ready-made letters and words, but they are also really cheap to make by cutting up coloured Bristol board, using a marker, and carefully printing letters or full words that kids use all the time. “If they are writing, but don’t know how to spell a word, they generally know what letter it starts with, so they look it up.”

Making your own things is labour-intensive at the beginning, but as Marsh points out, “once you have a good stash of material, you don’t have to spend as much time or money on the raw materials.”

For those with a Martha Stewart bent, it’s easy to find ideas by Googling “DIY classroom materials”—just plan on spending your summer with a hot glue gun.

For larger projects, like setting up a sustainable garden, or understanding the life of insects, or a more comprehensive class trip, the costs can become high. Some teachers turn to crowdfunding—in the U.S., there is a specific site for that, called DonorsChoose. In Canada, a new charity based in Toronto, called My Class Needs, claims to have improved the learning environment for more than 88,000 kids in public schools in Canada. Some would have a problem with this funding model since it sends the wrong message to the public and lets the system off the hook, but teachers who want the best tools for their kids don’t care.

Paying out of pocket is not likely going to stop any time soon, Wozney says, because “teachers want what’s best for their kids. And they call them that—their kids—rather than students. It’s because there is a parental instinct by teachers, regardless of gender. They don’t want to see kids suffer, and when they see gaps that exist they look for solutions to fill those gaps.”