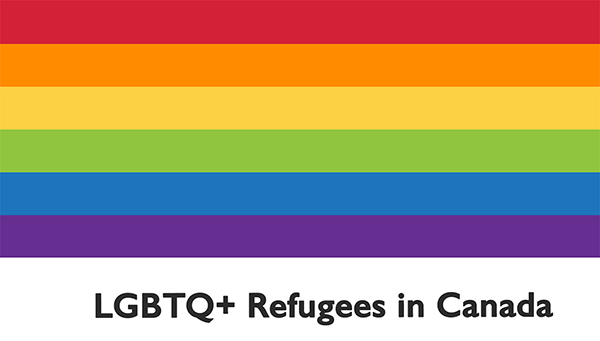 Fifty years ago, Canada passed amendments to a law to decriminalize homosexual activity. Although it was the height of the sexual revolution for women, the law was considered ground-breaking. Back then, only a handful of US states had taken similar steps (and didn’t become legal nationwide until 2003). England’s 1967 law came with several qualifiers, just as in Canada. France made homosexuality legal by amending the penal code in 1791 during the French Revolution, and Italy followed a century later in 1890.

According to Equaldex, a collaborative LGBTQ+ knowledge base, upwards of 150 countries have legalized homosexual activity—India and Angola in the last eight months—leaving at least 45 that still criminalize homosexual activity. In April of 2019, Brunei changed its punishment for same-sex relations from imprisonment, to death by stoning; bringing the number of countries that automatically exact the death penalty for consensual same-sex relations to eight, with another five countries where death is a possible punishment. Of those countries, punishment can be carried out by government—or non-state actors, like Islamic State, or by the Sharia courts.

The persistence of violence against LGBTQ+ people in countries where homosexuality is legal remains worrisome and creates a refugee situation that is not that easy to prove. For example, renowned Serbian LGBTQ+ and peace activist, Boban Stojanović, escaped to Canada after being publicly attacked in the middle of the day. In February of 2018, homosexuals in Indonesia were publicly flogged. In Chechnya, the situation has become so severe—with gay men rounded up, tortured, and killed— that the Canadian government acted proactively to evacuate several to safety.

Some see this backlash as a sign that LGBTQ+ activism has increased its visibility that may lead to change, but for the increasing number of refugees caught in the middle of violence, change can’t happen soon enough. To meet the growing demand, a number of Canadian NGOs have stepped up their efforts by either helping those at risk apply from safe second countries through their networks, or by helping asylum seekers with settlement and applications once they arrive in Canada.

Karlene Williams-Clarke is one of those refugee claimants. A familiar face on the international LGBTQ+ activist scene, as co-chair for J-FLAG (Jamaica Forum for Lesbians All-Sexuals and Gays) and other organizations, Williams-Clarke travelled the world “bringing light to what was going on in Jamaica, and being a voice for lesbian and bisexual women.”

Until 2009 when she came to Canada, she and colleagues regularly rescued people in danger of being attacked; she was a frequent guest on radio shows, using a pseudonym to protect her day job in a financial institution. The public activism put her at risk and her family worried. “If my mom heard about something happening to an LGBT person she would immediately call to see if I was ok,” Williams-Clarke says.

Her mother’s fears were realized when one day, a group of men stormed Williams-Clarke’s home in Kingston, Jamaica, where she lived with her partner, circling it and shouting threats. She wasn’t home, but her partner was and called her at work terrified.

Williams-Clarke’s fears, too, were mounting. “Jamaica is well known to be homophobic,” she says. “I have attended funerals for friends who were murdered. I took a lesbian couple to the hospital after they were taken from their home into the cane fields and raped.”

The raping of lesbians is not uncommon, she says, and is usually as an extreme form of “conversion therapy” to force lesbians into “liking” hetero sex. At Toronto’s 519 Community Centre, where she has worked in various management capacities, Williams-Clarke has come up close to many tragic stories. She recently worked with a Ugandan refugee, a mother of two who had been caught with her partner, then both were beaten and raped by five men. Williams-Clarke shares that the Ugandan woman managed to run away and hide at the home of a wealthy friend before escaping the country. That was over three years ago, and since then she has not seen her children because their father has ceased communications. She also doesn’t know what happened to her partner.

Violence seems to be expected in countries with draconian laws. It’s when a country is supposed to be safe with laws protecting LGBTQ+ rights, but turns a blind eye to public displays of violent persecution, that the situation is disheartening, as well as challenging to apply for refugee status.

The way the public acts usually depends on who is in power, says Aleks Dughman-Manzur, director of LGBTQ+ Refugee Programs at Metropolitan Community Church Toronto (MCC). “In Brazil, it is legal to change your gender markers, have surgery, but with the election of right-wing president Jair Bolsonaro, violence against the LGBTQ+ community has risen sharply. For example, Brazil has the highest [recorded] rate of trans women murdered. An oppressive government takes away rights, not just LGBT but others as well, and you get political persecution, press censorship and so on.”

In three years at MCC, Dughman-Manzur has seen countless examples of persecution. In any given month, the Toronto church that serves the LGBTQ+ community, sees about 100 people seeking help in navigating the refugee process. Each year, the church provides programming to between 600 and 800 LGBTQ+ refugees from around the world. Between 2013 and 2015, over 2200 refugees claimed asylum in Canada for reasons of orientation, with about 70 percent being successful.

As of 2018, Canada accepted more asylum seekers than in nearly the past three decades, according to a CBC news report. And incidents of violence have escalated so much that the United Nations Human Rights Council passed its first resolution recognizing LGBTQ+ rights in 2011. This was after the Office of the UN High Commissioner for Human Rights issued a report that documented hate crimes and violations against LGBTQ+ people. The UN then urged all countries to pass laws protecting basic LGBTQ+ rights.

There are two ways LGBTQ+ refugees are “produced,” says Dughman-Manzur. Civil unrest and war results in refugee claimants, a percentage of whom are bound to be LGBTQ+ people. The other is through “targeted aggression.”

It’s impossible to pinpoint why there is a global increase in violent homophobic activity, but activists have their opinions.

Williams-Clarke thinks this comes from a variety of cultural factors. “Jamaica is the most fundamentalist Christian place in the islands, there are a lot of Rastafarians, too, it’s super masculine, and homosexuality is so hated [that] if you’re sitting on a bus as a guy, another man will not come and sit beside you.”

Helen Kennedy, executive director of the LGBTQ+ advocacy group Egale, says fear prevails. “The anti-decriminalization folks worry that if homosexuality is decriminalized, the next battle they’ll have to fight is legalizing of same sex marriage and the attack on family values.”

In strictly Muslim countries especially where the government is a theocracy, homosexuality is often seen as a “disease” imported by the West with its degenerate secular society. Ironically, it was the West that introduced antisodomy laws when colonizing Africa.

“The majority of sodomy laws came from the UK and other western countries who colonized,” Dughman-Manzur explains. “Gender ID and homosexual behaviour was part of many African cultures … trans people were understood as magical beings, spiritual.”

“Hard core” countries, like Nigeria, Uganda, and Jamaica, seem mired in what Kennedy calls “misogyny and toxic masculinity, combined with colonial laws left over by the British, politics, and personal beliefs, and LGBTQ people often become scapegoats for many political fallouts around world.”

That’s why Egale’s main focus is lobbying and effecting change at the law-making level. Kennedy says other organizations are very good on the ground supporting refugees who arrive here seeking asylum, or for helping LGBTQ+ people make a refugee claim from another country.

Rainbow Railroad is one of the most effective, she says. “The organization operates both here and through its global network of LGBTQ+ community leaders. It is primarily focused on helping people get to safety, by putting them in touch with local resources who can identify safe escape routes. Once in Canada, they connect refugees with locals who help with settlement.”

Frequently, those who work with refugees have been refugees themselves. They’ve experienced persecution in their native country, but also here in their adopted home. Although Canada is considered a very welcoming country with progressive laws, discrimination still exists.

“Fighting violence at home is bad, but fighting perceptions here [in Canada] is almost harder,” Dughman- Manzur says. “There are some improvements, for sure, but trans women face stereotypes, like [if] you’re trans, you must be a sex worker. There’s trans phobia, people stare, you get sexualized, and it’s hard to find regular work in an office. Meanwhile, you’re just trying to pay your bills.”

Racism is another roadblock, Dughman-Manzur says. “Many in MCC Toronto’s LGBTQ+ Refugee Programs are black, and come from a country that are a black majority, and then they come here, [and] are suddenly faced with racism, on top of everything else. The micro-aggressions that they experience on a daily basis [have] a profound impact on their mental health and their ability to settle successfully, but they are also incredibly resilient and, in many occasions, rise above oppression.”

This is where teachers can come in. Many refugee accounts, including those of LGBTQ+ people, include the kindness of a sympathetic teacher along the way in their journey toward safety. As members of a “helping profession,” teachers would agree that the persecution— even death—suffered by people of different orientations is a human rights abuse and should never be tolerated, regardless of what a teacher personally believes. That’s why progressive countries use education as a frontline of defence against discrimination, and in the dissemination of human rights.

Nonetheless, these are important topics for discussion and study. Teachers may wish to explore a number of subjects that are raised by this article that also align with official federal government policy. Clearly, there are issues connected to Human Rights, Civil Liberties, Citizenship, Global Citizenship, Immigration and Multiculturalism. It should be possible to view and align these policies and their intent with the situations in which these refugees find themselves and explore what supports are available to them.

As the recent acceptance of Syrian refugees indicates, there is a history and a will for Canada to officially accept and even embrace those who have fled areas of conflict, hatred and discrimination. This article documents the experiences of those who have escaped sexual violence to settle here. Some, as noted, have become community activists and spoken out publicly about their experiences. There have been articles, blogs, postings, etc. in the media and online. For those teachers wishing to introduce these topics into their classroom, there are resources and materials available and experts too, with a little bit of digging. This article, we hope, forms part of that canon.