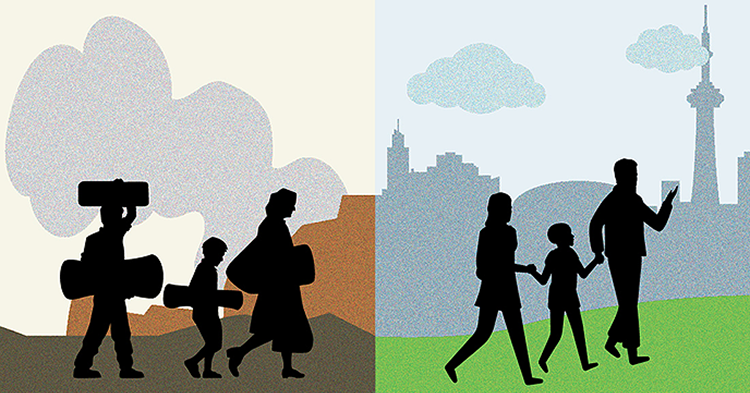 Few institutions have been as instrumental in shaping Canada today as the United Nations High Commissioner for Refugees (UNHCR). Yet when the organization began in 1950, its mandate was for only a few years.

“There was this idea at the very beginning that, somehow, this refugee crisis was going to sort itself out,” explains Michael Casasola, the UNHCR’s senior resettlement officer in Canada. Its early focus was helping people who became refugees after the Second World War. Now, the inter-governmental organization assists people around the world who have been forced to flee their homes: including refugees, asylum seekers, internally displaced people, stateless people, and returnees. “We’ve not been able to sort out the refugee problem,” says Casasola. “The trend has been the other way.… It just gets increasingly complex year by year.”

By the end of 2019, there were 79.5 million displaced people worldwide, according to the UNHCR. This accounts for 1 percent of the global population. Of that, 26 million were refugees: 20.4 million of those were people who fit the definition of “refugee” to fall within the UNHCR’s mandate. The 1951 Convention Relating to the Status of Refugees defines a refugee as someone who, because of a “well-founded fear of being persecuted for reasons of race, religion, nationality, membership of a particular social group or political opinion, is outside the country of his nationality.” Because of that fear, they are unwilling or unable to return to their country of origin.

The concept of “non-refoulement” is key in the Convention. This says that refugees should not be returned to their country of origin if they are likely to be harmed. The Convention also says that countries should “as far as possible facilitate the assimilation and naturalization of refugees.”

The UNHCR works in more than 130 countries. It is governed by the UN’s General Assembly and the Economic and Social Council: the General Assembly appoints the UNHCR’s High Commissioner, who serves for five years, and the Executive Committee approves the budget. Canada has participated in this committee since 1958.

The UNHCR can be mistaken for a non-governmental organization because staff in some countries provide direct services to individuals, such as housing or education, explains Casasola.

Immigration is key in Canada’s history. “We have a nation-building narrative that is inviting of immigration generally, and that is also applied to refugees,” says Jennifer Hyndman a professor in the faculty of environmental and urban change at York University in Toronto and resident scholar at the school’s Centre for Refugee Studies. “Many, if not most, people can trace their roots back to some other place, so Canada’s image historically has been around nation-building.” Immigration is necessary for Canada’s economy, and Canada’s geography makes it a suitable place for refugee settlement.

“The countries who [resettle refugees] tend to be the ones who can control their borders otherwise,” says Hyndman. “We’re surrounded by a very large deterrent of icy water,” she continues. It’s dangerous for people to cross the Atlantic Ocean in boats. “Canada prefers to choose refugees for resettlement from abroad, however, not all refugees arrive in that manner,” she says. In recent years, thousands of people have entered Canada at informal entry points along the US border to make refugee claims. “While such unauthorized entry may be unlawful in administrative law, it is not criminal, and does not prejudice a refugee claim in Canada,” says Hyndman.

But Canada hasn’t always been willing to resettle refugees. Before the Second World War, Canada’s response to refugees was blemished. While Canada has financially supported the UNHCR since it began and played a leadership role in drafting the 1951 Convention—a document that Mike Molloy, who oversaw the creation of Canada’s private sponsorship program in the 1970s, calls “a major miracle” given that Russia and the United States both were involved—Canada did not ratify the convention, or its 1967 Protocol until 1969.

In the decades after the Second World War, many of the refugees who came to Canada were fleeing communist countries in Europe. “Each one of those was kind of a one-off, because there was really no policy framework for responding to large refugee situations,” says Molloy, who started in Canada’s foreign service in 1968, processing visas for Czech refugees. In 1972, he helped bring thousands of Ugandan Asian refugees to Canada, after Idi Amin expelled them from the country. In six weeks, Molloy and his team moved 6,000 refugees to Canada. In the pages of their visa applications, he read telegrams that would become the basis of Canada’s private refugee sponsorship program.

The job in Uganda was “arduous,” Molloy says, remembering how each member of the team had to process at least 25 cases a day. Sometimes, however, as he was going through applications, he would find a telegram written by a Canadian, saying they were related to the refugee, and asking for the refugee to be sent to their home in Canada. When Molloy read those messages, his reaction was: “I’m not going to worry about this case. I’m going to whip it through pretty quickly because I know there’s somebody who cares. We got so many of these things that we had to set up a special system to track them.”

He told those creating the private sponsorship program to “design it in such a way that when the visa officer opens the file and sees that sponsorship, he knows he can take that to the bank. That it’s solid and there’s a group of good people out there who really want to help.”

The Immigration Act of 1976 created the private sponsorship program, at the time the only one in the world. It launched in April 1978. Private Canadians agreed to support refugees financially and socially for one year. This included meeting refugees at the airport, securing housing for them, and helping them obtain the necessary paperwork, like health cards and driver’s licences. According to the federal government, by April 2019, more than 327,000 refugees had come to Canada through private sponsorship. “This was to make sure that it was a real undertaking, and the idea was that if Canadian people want to do it, we were going to facilitate this as much as possible,” Molloy says.

Private sponsorship had existed, on a smaller scale, before then. Jewish groups paid for Jewish refugees to come to Canada after the Second World War. The Mennonite Central Committee, other Christian denominations, and ethno-cultural groups also privately sponsored refugees. But this program made the practice more widespread. It proved incredibly timely.

Between 1979 and 1980, more than 60,000 Southeast Asian refugees were resettled in Canada after the Vietnam War. Slightly more than half of them were privately sponsored. By 1997, Canada had welcomed approximately 140,000 Southeast Asian refugees. In 1986, the UNHCR awarded its Nansen Refugee Medal, which recognizes individuals, groups and organizations for outstanding protection of refugees, displaced people and stateless people, to the people of Canada, the only time the award has been given to the people of an entire nation.

Canada has become known as a world leader in refugee resettlement; in 2018 and 2019, Canada resettled more refugees than any other nation. “Whenever we have a refugee crisis, one of the questions that Canada immediately asks is, ‘Is there going to be a resettlement component?’” says Casasola. Other countries often ask Canada about how to establish similar programs. In 2016, Canada and the UNHCR helped launch the Global Refugee Sponsorship Initiative to help other countries begin private sponsorship programs.

Some organizations, especially religious organizations, have sponsored refugees regularly for decades. Many of these refugees are referred by the UNHCR. “The Canadian sponsors that come back year after year are an amazingly important asset to the UNHCR because they are a big player,” says Molloy. “Not many people get resettled in any year,” but for those who do, “a lot of them get resettled by our private sponsors. It’s really an important program, and not just for Canada, but literally for the world.”

The Syrian crisis has highlighted Canada’s refugee resettlement. About 62,000 Syrian refugees have resettled in Canada since 2015. More than half were privately sponsored. During the height of the resettlement in 2015 and 2016, Canadian public servants worked closely with UNHCR staff overseas. “We got to the stage [where UNHCR staff were] loading cases into our system directly to save time,” says Molloy.

The reliance on private sponsorship can be concerning. “There’s no obligation on Canadians to sponsor refugees,” says Shauna Labman, a professor at the University of Winnipeg who has worked for the UNHCR in India. “The government creates the space for it, and Canadians step up to fill that space. What refugee advocates and private sponsors have always said is that the program is based on the principle of additionality. That means it should be additional to the government responsibility and not a replacement to the government commitment to refugees.”

The division of responsibility isn’t always so clear, Casasola says. Privately sponsored refugees access some services the federal government funds, like language classes. Yet, many of these services also rely on support from volunteers or private funders.

The UNHCR also advocates for other ways of bringing refugees to Canada. In recent years, the federal government announced an initiative to enable refugees to come to Canada through existing economic immigration programs. These refugees would be included as one of the economic immigrants Canada has agreed to welcome. This would create spaces for additional refugees to come to Canada. Casasola says only a few countries are considering programs like this. “Canada is way out ahead.”

New pathways for resettlement are crucial. The COVID-19 pandemic has also drastically decreased the number of refugees who can be resettled, and it’s unclear how long this impact will last. Some are concerned that climate change may cause more people to be displaced worldwide.

“The reality is, if we didn’t have the UNHCR, we’d have to invent it again today,” says Molloy. “We’re just lucky to have one that has deep roots and a deep culture and is out there.” 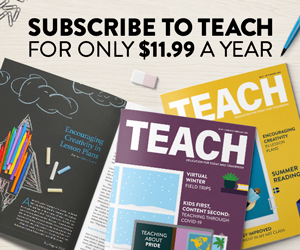