The Value of Diversity: A Poetic Celebration of Asian Heritage Month 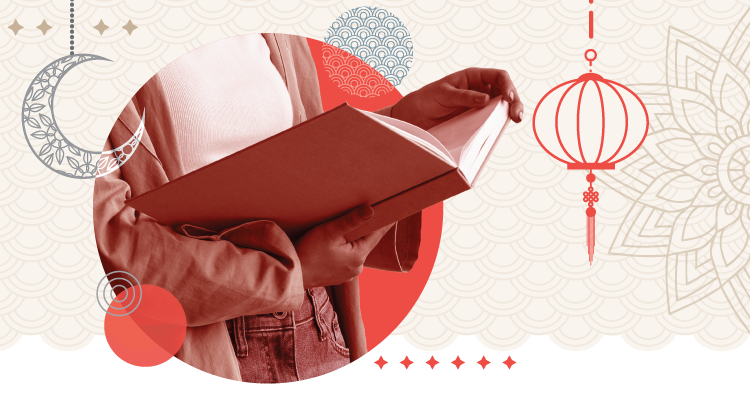 When I was a student in high school, I never saw myself in any of the books I read. In fact, I don’t recall reading a single work by an Asian or Asian American author. It was only when I went to college and specifically took an Asian American Literature class that I began to discover books by authors from that region. Stories set in many countries all over Asia—from China and Japan in East Asia, to Uzbekistan in Central Asia, to Vietnam in Southeast Asia—captured my imagination and filled a literary void I didn’t know I had.

Today, I am a dual-licensed ELA and ENL teacher at Franklin D. Roosevelt High School in Brooklyn, NY, where I’ve taught for the past six years. The school has about 3,400 students and almost 35 percent of them are Asian. Despite this relatively large percentage, when I first started teaching there, I was surprised to see that no books by Asian or Asian American authors were being taught. It seemed not much had changed since the days when I was a student.

Fortunately, here in New York City, there has been a recent push for more culturally diverse books and curriculum. In the spring of 2019, my former assistant principal and I came up with the idea of creating English elective courses that would reflect the identities of our students.

By the start of the next school year, I had developed an Asian American Literature class that ended up generating enough student interest for two separate sections. Now in its second year, even more students have signed up for the class, which serves as an English credit for both English learners and native English speakers, and I am currently teaching three sections. I’m astounded by how popular this elective has become. Even students who don’t have any Asian heritage are taking it.

In the class we only read books, short stories, and graphic novels by authors of Asian heritage—which currently includes authors of Chinese, Japanese, Vietnamese, Uzbek, and Iranian descent. Some books that we’ve read this year include the novel Crossing by Andrew Xia Fukuda, the graphic novel Level Up written by Gene Luen Yang and illustrated by Thien Pham, and the short story “The Stone Guest” by Hamid Ismailov.

I love seeing my students’ experiences, as well as my own, represented in the stories, and enjoy delving deeper into them during every class. Along with each text, we discuss relevant aspects of the Asian American experience, which includes themes of coming of age, dealing with racism or discrimination, and feeling empowered in their identities.

In honour of the upcoming Asian American Heritage month, which is celebrated every May, I tasked the students in my three Asian American Literature classes with a special project: they were to read “The New Colossus” by Emma Lazarus, the poem that is inscribed on the base of the Statue of Liberty. I chose this poem because it is written directly to immigrants, and since many of my students are new Americans themselves, I wanted to hear their responses to it.

After reading the poem, students were asked to rewrite it based on their experiences. Many students chose to keep the spirit of the original poem, while others decided to go off on their own paths and write about different themes. Next, I wanted my students to translate their poems, which were originally written in English, into another language. They also recorded themselves reading those poems in both languages. Students chose to do their poems in a plethora of languages, including Mandarin Chinese, Cantonese Chinese, Japanese, Vietnamese, Bengali, and Russian, among others.

I asked the students to translate and recite the poems as a way of affirming and empowering their identities as multilingual learners. Many of my ENL students were not confident speaking in English in front of a large class. By pushing them to record themselves in English, this gave students a chance to improve their speaking skills. Having them also read the poems in their native languages was my way of showing that I value those languages as well.

For native English speakers, writing and reading the poems in a second language was a challenge. If they didn’t have a second language at home, I asked them to use the foreign language they’d been learning in school, which at Franklin D. Roosevelt is either Spanish or Chinese. At first, many students balked at this seemingly monumental task. But as I encouraged them and gave them examples of other poetry to read, their responses gradually changed from hesitancy to pride in their work.

At the end of the project, I was so proud of my students’ finished poems that I wanted to share them with my school’s community and beyond. With the permission of my students, their parents, and the school, I published the poems online. Each student was given their own page on the website, where they could upload their individual poems, along with a few accompanying pictures. I thought that several students might refuse to have their work displayed online, but surprisingly, all of them turned in their permission slips. Some even linked their website pages on their college resumés.

I think this project will strengthen the language skills of any student, whether they are an English Learner or a native English speaker. But above all, I hope that sharing my experience has shown the value that diversity can bring. When I was in high school, I wish I could have read texts and completed assignments that celebrated my identity. Now that I am teaching Asian American Literature as a class, I have the opportunity to give my students what I was missing.

Even though creating a new class or elective may not be not possible at every school, I would still encourage all teachers to incorporate diverse texts into their lessons, and to value their students’ linguistic and cultural backgrounds.

Here are excerpts from my student Danxing’s poem in English and Chinese:

“I will take you away from the battlefield,
And protect you like a mother protecting her baby.
I will not let the gleam of hunger rise in your eyes,
And provide you with a safe place to live.”

Here are excerpts from my student Huy’s poem in English and Vietnamese:

Leighton Suen is in his 6th year as a dual-licensed ENL/ELA teacher at Franklin D. Roosevelt High School in Brooklyn, NY. He received his Master’s in TESOL from Teachers College, Columbia University in 2016.