Critical Thinking and the Questioning of History Texts 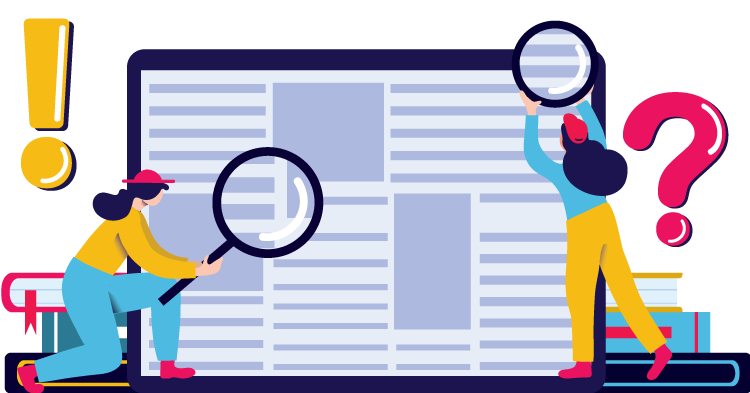 Over the course of my almost 40-year teaching career, I’ve been fortunate enough to travel during many of the summer breaks. Students often ask what is my favourite country, and I usually answer: “The last one I visited, but no matter where you travel, make it a point to one day go to Portugal. Portugal is a country that’s often left off mainstream tourism and is not only beautiful, but its people are inviting and welcoming.”

I love to travel, not only for the sights, but for the unique perspectives to be gained, both culturally and historically. Yet as a teacher, one of the challenges I’ve encountered is helping students develop their own individual perspectives. Recently, I taught a full-year Western Civilization course to advanced high school juniors and seniors. I was really excited about this particular class because I had been to many of the countries on the curriculum and was eager to share my “extra” knowledge.

As I looked over the newly purchased used books, I realized that the perspectives of the authors were shown through qualifying words and subtle suggestions that were meant to influence the reader. The more I continued, the more I grew concerned at the blatant manipulation of thought (such as the word “propaganda” being used to describe documents left by the Persians for historical contexts; or the Vikings being called warlike and crafty—as if other groups could not be the same).

With this in mind, I decided to take action and created what I believed to be a unique way of introducing not only the subject matter, but also the topic of critical thinking as it relates to individual perspective. It soon became apparent that this class was going to provide a learning opportunity for me too.

Our school started the academic year with a “get-to-know-you” cookout to renew friendships and welcome new students. Knowing that the party had occurred the week before my first Western Civilization class, my plan started to take shape. On the first day of class, I instructed the students to gather pen and paper, instead of the usual laptops and keyboards. This antiquated approach certainly got their attention, and indicated that the class would be different than the norm.

“On my call you will have 15 minutes to write about Friday’s party,” I told them.

Some students pointed out that they had only briefly attended the party, and one student had not attended at all. How were they supposed to properly describe the event, they wondered? My reply was that they were to write about their perspective of the party regardless of attendance. On my count each student began feverishly writing.

Although students’ accounts were varied, almost all of them stated the cookout was a success filled with new friends and good food. However, the student who had not attended, I’ll call her Rebecca, created an elaborate narrative about the party being a failure due to inflatables collapsing, people arguing because there wasn’t enough food, and others fainting from the heat. Everyone got a kick out of her story, and thought it was a comical end to the assignment.

Then it was my turn to throw a wrench into the mix. “I like Rebecca’s story,” I told them. “I think it’s creative and well written. So, I will put this into our class archive as an historical account for others to have going forward.”

For a moment the students gazed at me as though I had spent too much time in the sun over the summer. Then they all started talking at once.

“But, Mrs. Nesbitt, she wasn’t there. She didn’t write about what really happened.”

“It doesn’t matter that it’s a good story, everyone will think it was a bad party. They won’t know that it was fun!”

As the heated discussion grew, I directed students’ attention to the point I was trying to make. I gave them several questions to consider, such as: Whose account gave the most details? What was the background of the person writing, and were they pro- or anti-party? What were other perspectives from the event? Why is it important for us to research the backgrounds of people who write the history texts we study?

Soon the students came to recognize that historical accounts are based on more than just true events. Aside from the biases of the author(s), these accounts may also be shaped by the perspectives of the editor, or by anyone else who has a say in the final version.

Following my opening little “experiment,” the class quickly settled into a routine, with students reading and taking notes on a different chapter from a historical text each week. Interestingly, when we discussed the chapters in class, the important takeaways that I highlighted were based on my own perspectives, which was something the students quickly called me on. They sure were fast learners!

Students also had a weekly graded assignment, where they could choose any topic we’d covered that week and conduct further research by finding three additional sources. They compared sources and evaluated whether similar information was provided by all of them, and whether that information was the same or different from the book used in class. Then students presented their findings. Conflicting information was discussed and evaluated by the class.

The students liked this assignment as it gave them the opportunity to explore topics from each text that they were interested in. Even though some students researched the same topic, rarely were the sources of information the same. What students ultimately took from this exercise was that information may not be consistent, and that even primary sources should be carefully scrutinized because they may be influenced by a number of factors, such as personal views, location to the event, etc. Students were beginning to think critically, to question and look deeper at a text, instead of just reading and memorizing for a grade.

I also offered two extra credit opportunities for further exploration. For the first one, I asked students to look for the use of qualifying words on the internet, in newspapers, on TV, and so on. For example, “The apathetic governor chose not to attend the meeting,” instead of a reporter just stating: “The governor did not attend the meeting.” I wanted the students to grasp manipulation tactics used in all types of media venues.

They soon noticed that these qualifying words could influence their feelings about a subject, and began to understand how words placed in subtle contexts could be manipulative. Students expressed that this assignment taught them to view sensational, around-the-clock, internet-fueled narratives with a watchful eye, and also cautioned them against immediately embracing the perspectives of others.

For the second extra credit option, as a nod to my love of travel, each week a small flag representing a country I had visited was displayed in the classroom. The students had to identify the country, government, geographic area, population, and three other items of interest for a bonus point. Although simple, students found this activity fun as it played to their competitive sides.

As the school year came a close, and I started to think about my upcoming travel plans, I gave each student a “Passport” booklet to list countries they wanted to visit and why. I was pleased to see their passports quickly fill up with many countries and was equally excited that students could one day travel to some of the same places I had been to.

I believe that travelling, or even the desire to, can prepare students to take the next step on their critical thinking journeys, both literally and figuratively. Visiting new countries will allow them to think about people all over the world who have unique perspectives, and most importantly, help them to further develop their own.

Nancie Ellis Nesbitt, EdD, is a consultant and teacher with almost 40 years of classroom and leadership experience. Her interests include film studies, theatre arts, and travelling. Nancie lives in Birmingham, AL, with her husband.