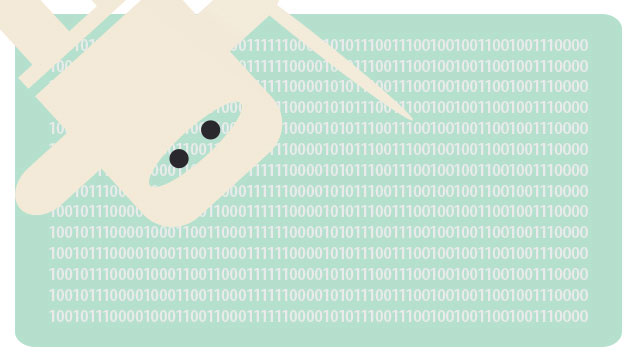 Under the umbrella of Digital Citizenship (DC) are some complex concepts. Netiquette, Internet safety, information usage and cyber bullying are just a few of the topics that teachers explore as they help students unpack what it means to use technology responsibly. Our school went wireless this past January. While our teach team provided a carefully thought out access policy and great resources for introducing Digital Citizenship, I wanted to ensure that students internalized the messages within DC.

Almost simultaneous to the launch of our wireless and bring-your-own-device program (BYOD), was Imagineaction’s announcement of its 2013 funding round for social action projects. Imagineaction is a branch of the Canadian Teachers’ Federation that has a mission to help learners “develop the attitudes, skills, and knowledge to make informed decisions for the benefit of themselves and others, now and for the future, and to act upon those decisions.” With assistance from the J.W. McConnell Family Foundation, Imagineaction offers grants to support student projects that imagine a better world and take action to make it so. I took the grant announcement to my students and asked for ideas on what DC project we might do with $500. Children brainstormed a DC Day, a DC app and at some point someone suggested a music video. This notion was a showstopper and we suddenly had a unanimously approved project. Not long after that we had a rough blueprint for the video process.

Our plan was to choose a popular song and rewrite the lyrics to reflect digital citizenship themes. Because it was imperative that lyrics be clear and audible, we would use the grant to hire a local recording artist to help us master singing the song. Once the song was in hand we could storyboard the video and film it. Our last effort involved sharing the video on Imagineaction’s Website and YouTube.

Our first objective, however, was to obtain the grant. One of the key criteria in Imagineaction funding is the requirement that projects be student-lead. I felt that part of the leadership could come from writing the grant proposal and this was an opportunity to do some persuasive writing. Imagineaction’s online grant form provided the paragraphing framework for these essays. I showed the students this format and we hashed out and organized a basic outline. Each student then created an individual proposal. We peer-edited these essays in pairs and as a whole class. Perhaps, because the writing activity was authentic and children knew their persuasive letters could have a tangible payoff, peer-editing sessions were extremely effortful and productive. The final appeals were remarkably compelling and I combined three of the strongest for our submission. Imagineaction confirmed the funding within two weeks.

The funding authorization built more momentum for the project and this created a very collaborative atmosphere for the next stage. Children suggested a range of songs as the music for our Digital Citizenship lyrics. We agreed on the popular rap “Inner Ninja” by Canadian artists Classified and David Myles. In the same discussion, a student proposed that we call the song “Network Ninja” and by the end of the period this title had been universally adopted.

Before embarking on writing text, we analyzed the original lyrics for rhyme scheme and meter. We considered the song’s literary devices and how they helped create pictures that would make sense in video. I divided the stanzas into sections and writing groups of three or four students chose a DC topic to illustrate in their assigned verse. Ian Foster, the recording artist we’d chosen, Skyped into our classroom and introduced himself, described his background, and offered additional suggestions for writing.

When students finally broke into their workgroups, ideas were percolating and pencils were scratching. Circulating among groups, I noted high engagement. Social loafing was nonexistent. Students discussed metaphors and emphasized word choice and then would sing what they’d written a capella. Within surprisingly little class time “Network Ninja” was in musical rehearsal.

Some children volunteered to sing or rap solo parts and others chose to do sections as duets. Although many were happy to participate only in the chorus, I was really pleased that some of my more timid students stepped into main roles. Ian Foster created and delivered an MP4 karaoke copy of the soundtrack. I uploaded this to my Teacherweb site and students practiced their parts at home.

At the same time, children’s before-the-bell discussions became quite interesting. I overheard debates about the time and tone of texts, about the sense of friending strangers on Instagram and about questionable content that had been uploaded to Facebook. Maybe these conversations were always there, but they seemed to have a more discerning attitude and reflect the DC ideas we’d been considering during the project.

Students were well-prepared when Ian Foster trotted in with a cartload of equipment on recording day. Ian Foster is a professional musician and an ArtsSmarts veteran and “he’s right sick!” Through our Skype chats, the students had already established an easy rapport with “Ian.” His gentle humour and encouraging character made even our most stressed singers relax. The equipment comprised a portable sound studio that, once set up in our storage closet, had the look of the coolest recording booths seen on TV. Driving all this gear was a MacBook Pro and GarageBand software.

Ian took our singers individually and in their pairs and set them to work in the booth. Each group recorded a few takes and once he felt he had something usable, Ian urged the singers to “Go with it!” and “Take some risks!” and “Be a little crazy!” Each performer had a chance to hear their part with different effects and learn about the software and hardware behind our song. It was an excellent introduction to the mechanics of modern music-making. By lunchtime, the recordings were complete. Ian emailed the mixed final copy that afternoon which I played for the students before they went home. Children were negotiating the video production timeline as they left.

With “Network Ninja” in hand, we were getting close to filming, but still needed a screenplay to guide our production. Since the original writing teams had worked well together and had demonstrated commitment to their individual verses, they were in an ideal place to storyboard and act these parts. This grouping also ensured that every student would be featured in the video.

Admittedly, this part of the project could have been better managed. Students were very enthusiastic and their ideas were sometimes beyond both our budget ($0.00!) and our special effects skills. In their haste to get in front of the camera, some of their scenes were very sketchy. I take responsibility for providing children with storyboard sheets that were designed for cartooning. These planners were missing important considerations like the location of scenes, shot types and who would be doing which roles. These omitted details complicated and extended the actual filming time. A less collaborative class would have bickered a lot more to resolve these issues.

Students were familiar with the free VideoStar app, so we used it and an iPad to film the video. VideoStar cues up the music for a scene, making it it simple to synchronize the sound and video. Any scene can be reviewed after it is shot, but can’t be stored, so there is no option to choose from various versions of a scene or different camera shots. VideoStar shoots the video sequentially. As one scene is completed, it joins it to the previous making editing extremely easy. One student, who was familiar with the app and quite team and task-oriented, directed and filmed this portion of the exercise. She did an admirable job of keeping the project moving and assuring that the groups responsible for each scene were proud of their contribution. In less than two days our video was filmed, edited, and credited. We unveiled it at an assembly later that week.

My school keeps a photo and video release form for every child on file. While I had parental authorization to use images for all my students, I still felt it was important to seek their permission to upload the video to the web. Parents were pleased with the final product and provided unanimous assent. I closed the Imagineaction final report by typing my comments into the online form and attaching Ian Foster’s invoice. Then I uploaded the video to both sites and shared the links here and here with our stakeholders and the rest of the world.

I will continue to explore video in my teaching. Children are motivated when producing video and it’s really their media of choice. “Network Ninja” helped students internalize Digital Citizenship concepts. It provided them with authentic practice in persuasive writing, poetry writing, and storyboarding. It encouraged girls and boys to sing and act and it exposed them to technologies like GarageBand and VideoStar. Children worked creatively and collaboratively to communicate a message. Understanding how to structure and prepare video is becoming as important as teaching the five-paragraph essay. This year, I’ve set a goal to help students transform their expository writing into documentary film shorts. This effort will include more sophisticated screenplays, camera angles, editing and, with any luck, guidance from a professional director. But for now—cut. That’s a wrap, folks. 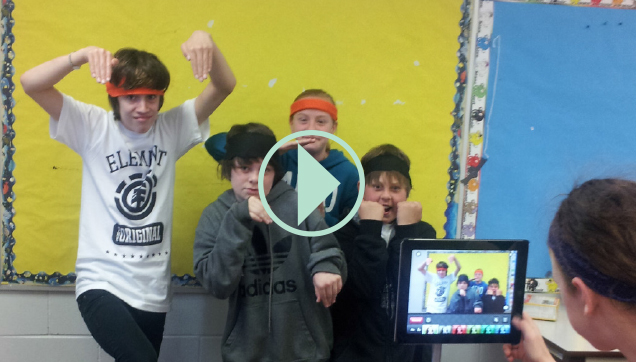 Laun Shoemaker lives in St. John’s, Newfoundland with his wife, Caroline, daughter, Sophie and golden-doodle, Bella. He teaches grade six Intensive Core French at Beachy Cove Elementary in Portugal Cove St. Philip’s. He will complete his master’s in Education and Francophone Literature and Cultures at Memorial University by Christmas.