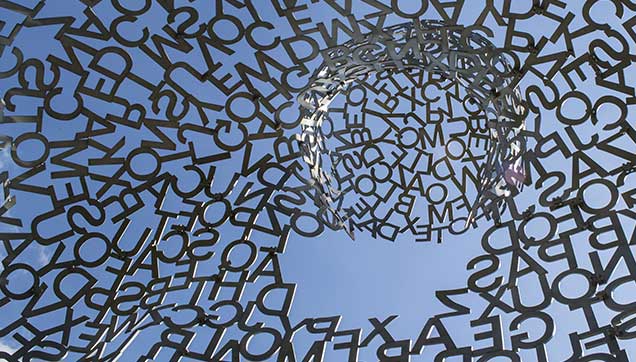 Haiku is a traditional form of Japanese poetry that developed in the mid-1600s. Under the influence of Matsuo Basho (1644–1694), haiku grew into a serious form of poetry. One of Basho’s most famous haiku is:

The old pond;
A frog jumps in —
The sound of the water.

Haiku use simple words and keen observations to describe scenes in nature. Each haiku consists of 17 syllables divided into three lines. In the English adaptation, the first line contains five syllables; the second line, seven syllables; and the third line, five syllables. Haiku also contain a kigo—a reference to a season of the year.

Through careful observation and crisp language, haiku draw attention to phenomena that might otherwise go unnoticed. For the writer and the reader, haiku presents things in a way that are innovative and unique leading to a new way of looking at the world.

The form calls attention to ideas behind the observations, leading to a moment of sudden insight—the haiku moment. In traditional haiku, there is often a division between two parts of the poem. A colon or a dash inserted in the poem indicates two contrasting parts and helps draw attention to the thoughts behind the words.

Japanese translations do not always conform to the syllable pattern of 5-7-5. Many translators emphasize the minimalist nature of the form by using as few words as possible. In contemporary haiku, as well, more emphasis is given to capturing a moment with precise images than adhering to the syllable count of 5-7-5. Poet Bruce Lansky (2014) argues, “The essence of haiku is the way it describes natural phenomena in the fewest number of words … That artistic effect, to me, is much more important than the number of syllables used.”

Haiku can be an exercise in syllable counting. If this were the only benefit, why teach it? There are many positive returns from composing haiku for writers of any age. Haiku reinforces elements of the writing process, as well as supports personal growth.

First, haiku provides many opportunities to discover writing topics and explore fresh ideas. One of the initial challenges of any writing assignment is getting children to zero in on a topic. Young writers need to be taught that poems, essays, and stories are all around, even in the most common things. Because haiku begins with close observation—sight, smell, sound, taste, and touch—it teaches students to closely examine the world around them for writing ideas when facing the blank page.

Second, haiku imparts the most important lesson that writers must learn, “show don’t tell.” Haiku’s grounding in a single moment teaches writers to narrow their compositions to those sensory elements that are essential to the scene without superfluous commentary. This habit of close observation, along with the brevity of the form, disciplines writers to choose adjectives and verbs that convey the message most powerfully. Haiku provides the groundwork and the practice for writers to create more interesting compositions based on showing what is happening instead of just telling the reader.

Third, haiku allows revision in ways that other types of writing do not. To many teachers’ dismay, students are content with their first writing attempt. However, it is much easier to instil the habits of revision with a three-line poem than a full-page narrative or essay. For the teacher, as well, it is easier to provide descriptive feedback about sensory details and word choice when they can focus on 10 to 15 words instead of 250 words.

Fourth, haiku can engage students in writing in ways other genres do not. While some students struggle with paragraph writing or journal entries, most can do well composing haiku. Students are eager to write haiku once they are introduced to it because they perceive it as something they can replicate easily. The shorter form gives young writers the chance to convey feelings and experiences without the demands of other writing forms. Moreover, success with haiku writing creates enthusiasm that makes other writing tasks seem more manageable.

Finally, in a multi-sensory, multi-tasking world, haiku is a good tool for developing observation skills and focus. Because haiku is based on the moment, writers must filter out all unnecessary stimuli and zoom in on the most critical details to express the message. This type of sustained focus is good practice for fostering the capacity for deep thought and critical thinking in other areas of life. For students, learning to ignore distractions and focus on a single task can lead to greater efficiency and a deeper understanding of material throughout their life.

Before setting students off to write their own poem, take time to construct a shared haiku. Introduce the form by sharing some examples. In addition to reading them aloud, it also is beneficial to have printed copies available for viewing. Teachers should include some traditional examples by haiku masters such as Basho and Issa so students can become familiar with original works.

Introduce the format of 17 syllables divided into three lines, and explain that each haiku contains a reference to a season of the year called a kigo. Look back through some of the haiku to identify details that relate to a season (e.g., bare branches for autumn, snow and ice for winter, rain for spring, and bees for summer).

Start the writing process by selecting a season and choosing related scenes. Brainstorm for phrases that describe the details of the season. Encourage students to think about the different senses and stretch ordinary words by including interesting details. For example, instead of saying “ice,” the teacher can suggest that “cracking ice,” might be a more descriptive detail to use. It can be helpful to organize details in a five-column table with each sense identified.

Once you have a collection of 20 to 25 colourful phrases, begin to write the haiku by piecing together phrases. Check to see that there are seasonal words and sensory words and eliminate words that repeat or do not help to create a clear image. At this time, it is also good practice to make changes for word choice.

One flower with a secret sleeps while the ghostly winds blow secrets to the dark clouds.

To fit the haiku form several changes are required.

One flower with a secret sleeps
while the ghostly winds blow
secrets to the dark clouds.

Then begin to edit for syllabication line by line:

The phrase, “One flower with a secret sleeps,” is eight syllables long. Since “secret” is repeated later in the poem this phrase can be eliminated. “Flowers” can be changed to “blossoms” to highlight a season—spring. Finally “silent” (two syllables) can be added to make the first line five syllables and add alliteration with the “S” sound in “sleep.”

The second line, “while the ghostly winds whisper” is six syllables long. First, “blow” can be changed to “whisper” to make the line seven syllables long to add alliteration with the “W” sound in winds. “The” can be eliminated and “north” added to describe the kind of wind and suggest that it is getting colder.

The final line, “secrets to the dark clouds,” is six syllables long. “The” can be eliminated to make the line five syllables long. Also, “dark” can be changed to “rain” to highlight the spring season.

Once the lines are put together, the final version reads:

Below are examples of haiku written by grade five students using the theme of “in the garden.”

Haiku awakens students to the possibilities of finding poetry—and meaning —in things around them. Because haiku is composed of short, concise thoughts, it is a good way to help students use the writing process and develop their composition skills. Using short poems as models also helps students exercise their creativity and practice using language proficiently.

Chris Colderley is an educator in Burlington, Ontario. He is a 2012 Book-In-A-Day International Fellow, and has conducted several workshops on using poetry in the classroom. His poetry has appeared in Möbius: The Poetry Magazine, Maple Tree Literary Supplement, and Tower Poetry.