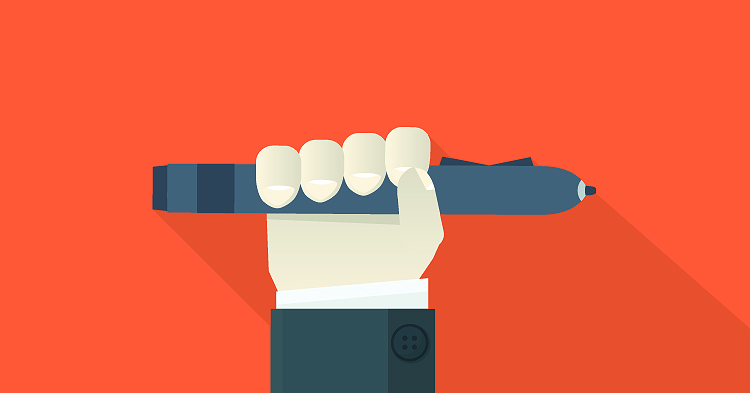 Want to build your students’ minds and bodies, or just need something new to add to your art lessons? You might want to consider re-introducing handwriting.

Sylvia Chiang can teach students different languages. She’s taught French for more than a decade. But this past school year, the Toronto teacher discovered that some students in her Grade 5 core French class couldn’t understand the lessons. It wasn’t a matter of learning her spoken words. Rather, they couldn’t decipher her written ones.

Chiang had been using cursive writing on the board. “A lot of students wouldn’t be able to read it,” she says. The shapes of the letters were foreign to them. She resumed printing, but wondered if they were lacking a valuable life skill. (While not necessarily a specific curriculum expectation in all jurisdictions, cursive is typically introduced in Grades 3 and 4. If students can’t read it by Grade 5, Chiang says, it could be “too late” to teach them.)

Chiang isn’t the first to notice handwriting illiteracy—the inability to read cursive writing. Educators and parents alike have debated whether it should still be taught in today’s classrooms. This is particularly true in the United States, where more than 40 states have adopted the Common Core State Standards that provide consistent education standards across the country. These standards emphasize keyboarding skills. In some jurisdictions, schools no longer formerly teach cursive.

The situation highlights a key tension in education today. While many educators were taught cursive before the advent of the Internet and digital-based technologies in every aspect of life, their students have only known life after the Internet. Kindergarten students may not be able to print their names when they begin school, but they’ve likely seen family members or friends using keyboards, or used one themselves, even if just to play games on mobile devices. Previous generations didn’t use computers regularly until they were much older—and then, often for business purposes.

Eliminating cursive education can make it seem like “a vintage art not necessary for communication in the adult world and the business world,” says Michael Sull, an advocate for handwriting education in America. (‘Handwriting’ refers to any writing done by hand. Printing is also called ‘manuscript’ writing. ‘Cursive’ refers to forming joined letters. There are various systems of cursive writing.) But people need cursive, if only for signing their names. Canadian passports require a handwritten signature. Students aren’t the only ones with handwriting illiteracy. Many teachers also have difficulty reading and writing cursive.

In 2010, Heather Held, a professional calligrapher in St. George, ON, began teaching calligraphy workshops, mostly to graphic artists or at calligraphy guilds. But when she began offering handwriting classes at a stationery store in Cambridge, ON, she noticed a shift. Professionals were enrolling. They’d been told their handwriting at work was illegible. Some of her students were teachers.

“The kids can’t read it because the teachers can’t write it,” says Held. Some think they can write as fast as they can type. Some teachers, says Held, were never taught to handwrite themselves. That makes it hard for them to teach it to their students.

Forming letters by hand helps prepare children to learn to read. It helps solidify the knowledge that certain shapes stand for certain sounds, and that, when put together, they make words, explains Joanne Melo, a literacy and library services co-ordinator with the Toronto Catholic District School Board. Tracing letters by hand, or making them out of playdough, strengthens brain pathways crucial for reading.

Writing by hand also strengthens the body. Children develop fine motor skills by writing with pencils, markers, crayons, and pens. Keyboarding alone doesn’t offer this. In 2012, Sull was a featured speaker at a conference about teaching handwriting in the 21st century. Many presenters weren’t educators or those interested in handwriting’s historic and cultural value. They were neuroscientists and occupational therapists who spoke about writing’s physical and neurological benefits. Proper cursive instruction involves the whole body, says Sull, who self-published a handwriting curriculum a number of years ago. And proper handwriting instruction takes into account posture and body positioning, he adds.

Some students struggle to develop fine motor skills. But the answer may not be abandoning pens and pulling out the computer. Instead, cursive writing may offer a solution. Sherrie-Mae Guthrie, an Ottawa teacher and vice-principal, saw this happen with her daughter. When her daughter was seven years old, she struggled to master the exact circles and lines printing required. Guthrie, who had taught cursive writing to her students, pulled out her old lesson plans. Cursive allowed her daughter to communicate in a more creative way, without the restrictions of printing. Her printing improved, and so did her confidence. More than two years later, she takes pride when people notice her “very beautiful” cursive, her mother says.

Teachers need to watch for frustration when introducing cursive writing, Guthrie says. When she taught it, she kept ledger-sized paper, black paint, and fine paintbrushes handy. Students sometimes found it easier to write with paint and paintbrushes than pencils, she said. Keeping pencils as sharp as possible also helped.

While many teachers may agree children still need to be taught to write properly, they’re also bound by the limits of time and curriculum expectations. Melo compares it to government requirements for daily physical activity in schools. Research shows regular physical movement helps students learn. Teachers “need to be thinking with intentionality” about when it’s best to include it in the school day, she explains. If teachers think dedicated time for handwriting will help learning, then they’ll need to figure out how to incorporate it best. “It’s about priorities,” she says.

If teachers want to prioritize their students’ well-being in an increasingly connected and often chaotic world, perhaps handwriting—printing or cursive—should take priority.

Chiang remembers how excited she and her classmates were to learn cursive writing. “It kind of felt like a rite of passage,” she says, “that you were getting to the next stage of writing.” A good signature is something to take pride in, says Sull, who runs after-school handwriting clubs in Kansas. “We are all people, we are not machines,” he says. “There’s a human element to handwriting because it’s so personal.”

Tapping into that personal element may be the best way to introduce handwriting. Held recommends teachers incorporate it into art lessons. This helps students see it as a creative outlet, and not a rule-confined activity.

The creative act of writing can reach any child, even those drawn to dark expression, says Held. Their faces light up when she demonstrates what she can do with pointed pens and real ink. “They say, ‘Wow, I didn’t know a pen could do that,’” she says. “I think they are eager.”

“Kids can’t wait for me to come in and teach them,” says Sull, who has taught children as young as seven years old. “It’s the adults who think they are wiser and are basically throwing this out the window.” He understands keyboarding skills are necessary, although he admits he does very little. He uses an iPad to check emails, tapping messages letter-by-letter. But relying solely on keyboarding removes the thoughtfulness and nuance required by good communication, he says.

The thoughtful, meditative space handwriting creates is one reason Held will continue to practise and teach it, even as she watches regular cursive use diminish. Children’s constant reliance on technology means “their mind is constantly active,” she says.

Writing gives children a chance to be still. Constant activity impairs their ability to sit quietly, putting undue pressure on students, parents, and teachers, says Held. The child who can’t stop fidgeting or who needs to doodle to stay alert, needs to learn handwriting, she says.

Handwriting creates room for peace. “Calligraphers can lower their heart rate just sitting in front of their paper to work,” Held says. “You can’t do it if you’re fighting, if you’re agitated. You have to be at peace.”